Blast of new high octane high confrontation and quiet delight films arrive for grownup tastes over Xmas. Will they last that long?
Screenhub Hivemind
[This is archived content and may not display in the originally intended format.] 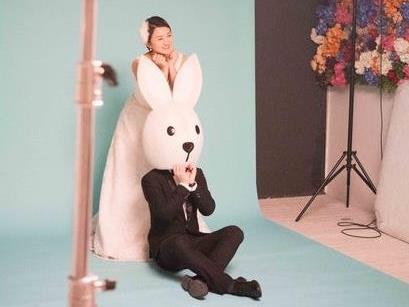 For one night only:

Media Stockade is a fine documentary company which focuses on social issues without allowing preaching to take over true filmmaking. China Love is a hoot in the cinema.

It explores the Chinese pre-wedding photography industry by following several couples in Shanghai. It may look to us like a Real Housewives version of Crazy Rich Asians, but marriage in that culture is both hugely loaded and a symbol of how far families have come since the Cultural Revolution. The industry is worth over $80b/year and individual photoshoots can cost $500,000.

‘We have come through hell and look where we are now.’

It is funny, imaginative, surprising and poignant.

Over the next week it is having single screenings in Perth, Launceston, Melbourne, Bendigo, Brisbane, Newtown and Adelaide, which producers claim will be the last time it will hit the big screen. However, you can set up your own screening as well.

A storm of new pictures arrive to define the antipodean Xmas battlefield. Though this is the heavy mob so the drippy Santa flicks are still to come.

Mortal Engines is a steampunk tentpole produced by Peter Jackson and Fran Walsh. London has become a vast traction city which moves around a dystopian Britain gobbling up smaller communities for their resources. Reviews are mixed but the picture is at least original and by definition brain-churning fun. Hugo Weaving proves once more he is an Australian gift to the world, conquering even the Great Beast cliche in his performance.

Overlord is a trip down cinematic memory lane, or is it?

‘A small group of American soldiers find horror behind enemy lines on the eve of D-Day,’ says the synopsis. But the photos show us a woman with a flamethrower – not a historically plausible combination. But the reviews, which vary a bit, reveal this is a Nazi-experiment-creating-evil life Creature Feature where US$38m gets you a horde of something like… zombies.

Best thing for us? Australian Julius Avery directs and his brother Jed does the music, while Kurt Russell’s son has a part. It is doing okay in the US.

Life Itself seems to be dead before distribution. A US film from director Dan Fogelman who has written a lot of populist films and TV. Mostly sneary reviews. Amazon has the streaming rights.

Can You Ever Forgive Me has Melissa McCarthy and Richard E. Grant on board and is described as a comedy with real insight into the human condition. Reviews are pretty good and forgery is always fun.

Climax comes from Gaspar Noé, the French director, and has a good reputation at festivals though audiences brace themselves to see it. It is described as a musical horror film – always enticing to film tragics. According to The Guardian

‘It’s a nightmare!’ Gaspar Noé’s latest is a typically confrontational cocktail of music and horror; a trance-like stew of contorting, krumping, waacking weirdness that drops on its audience like the bucket of blood from Carrie. It’s purportedly based on the true story of a dance troupe’s descent into drug-addled delirium, although the result looks like it was torn straight from Noé’s twisted cinematic imagination.

The director’s work is described as

His work has been strongly associated with a series of films defined as the cinéma du corps/cinema of the body, which according to Tim Palmer share an attenuated use of narrative, generally assaulting and often illegible cinematography, confrontational subject material, a treatment of sexual behavior as violent rather than mutually intimate, and a pervasive sense of social nihilism or despair.

Hostiles is a revisionist Western. Reviews are okay, it has been around for a while and regarded like this by The Guardian.

There’s a gritty integrity and plaintive poetry to this end-of-an-era western from Crazy Heart director Scott Cooper. Wrestling with the oddly contemporary contradictions of frontier mythology, it’s a tough but tender tale of blood and dust, populated by characters who express themselves most eloquently through gestures rather than words, accompanied by a superb Max Richter score that wrings mournful song from troubled landscapes.

Hard to get past the droopy moustaches.

Elliott The Littlest Reindeer is a kids’ film made for all the tiny capitalists.

Studio 54: the documentary about the legendary New York nightclub, will certainly have an Australian audience and not just among emigre Hungarian fans of Andy Warhol. Lots of good reviews for a niche picture.