Big Screen Highlights – Judy and Punch will stick in your mind 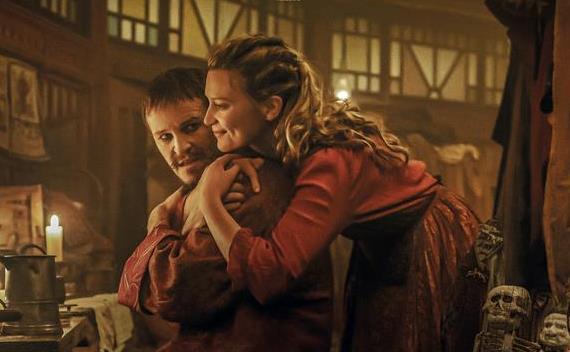 Artwork from the UK poster for Judy and Punch

The total box office for Australia is now wandering way down on the numbers for a year ago, which suggests that we are not that thrilled by the mainstream offerings. Mind you, Joker is still doing gangbusters.

This means we will have to work extra hard to find some goodies.

Judy and Punch is going out on wide release from tonight, as distributor Madman takes a huge punt maybe hoping for AFI/AACTA success. As the Sydney Film Festival said,

It is a kind of origin tale about the Punch and Judy puppet show in which the violence of the puppeteer bleeds into his character in a dead-end village dominated by grotesque prejudice and mob rule. It is unlike any other Australian film we can think of, and has a great feel for melodrama and lots of excellent set-piece scenes.

According to Sarah Ward in her Screenhub review,

‘Percussive, jaunty and echoing with a mischievous air: that’s how Judy & Punch announces its arrival. François Tétaz’s lively score kicks in immediately, before the usual production company and funding body logos have even rolled off the screen — and its bouncy sounds couldn’t better set the tone for Mirrah Foulkes’ delightfully dark, fairytale-esque affair.’

Many people found it pretty disconcerting, but it sticks in the hivemind’s collective memory more than many other films. The final slow-burn feeling is about affection and a sense of zaniness, which really fits its clash between the carny world and unconscious hate.

Two Heads Creek has sucked noted thespians Kerry Armstrong and Gary Sweet into a limited release film about a timid butcher and his effervescent twin sister who turn up from Britain to an Australian town with a nasty secret. All they want is to find out what happened to their birth mother. Cannibalism is involved but we don’t know who eats who.

Filmink interviewed the director Jessie Obrien, who talked about the script byJordan Waller.

‘The balance of comedy and gore was there from page one,’ says O’Brien about the screenplay. ‘It was part of the deal from the beginning so it’s something I really embraced. We’ve seen a lot of violence and gore under the Australian sun in other films, but this was a chance to really go over the top. It’s amazing because as gross-out as the film gets, it treads a fine line between offending the audience and offering them a story with a lot of heart. And I think we’re on the right side of that line; the film definitely has a moral centre, you just had to cut through some meat and gristle to get to it.”

Italo-Australian emotional mixup pic Promised, from Nick Conidi and Tony Ferrieri, is not likely to last long, so fans should get moving. Mel Campbell for Screenhub wrote:
‘Promised lacks the sophistication and craft of films such as Looking for Alibrandi or The Heartbreak Kid, which delve into intersecting issues of socioeconomics, generations and cultural identity. Still, there’s something charming about this film, which was the biggest hit of the recent Italian Film Festival and goes out now on a relatively wide 58 screens. Berini’s and Iesue’s fresh, sympathetic performances capture a mood of gradually blooming respect and compromise – which are underrepresented qualities in romantic storytelling – as Robert and Angela try to find a life that’s uniquely theirs.’

Paranoid secret state thrillers are prominent at the moment, which proves that some producers do predict the zeitgeist when they begin their three-year strutathon to make movies in the US.

21 Bridges, also known as 17 Bridges (Can the producers not even count?) has this raw synopsis: Follows a disgraced detective in the NYPD who is given a shot at redemption. Thrust into a citywide manhunt for a cop killer, he begins to undercover a massive conspiracy that links his fellow cops to a criminal empire and must decide who he is hunting and who is actually hunting him.

Official Secrets is this: The true story of a British whistleblower who leaked information to the press about an illegal NSA spy operation designed to push the UN Security Council into sanctioning the 2003 invasion of Iraq.

Fisherman’s Friends sounds so soppy this entire Cornish choir should be rescued by a blind dog who smells their fear in the water. In fact, The Guardian‘s Peter Bradshaw rather likes it. He says it is ‘pretty goofy but fun.’

Better Days has just come out. This Chinese film about school bullying from newish director Derek Tsang was booked into the Berlin fest and pulled at the last minute by an antsy government. Finally released in China it has been going gangbusters. Don’t expect a lot of fun – Screen Daily says:

‘Through well-chosen locations and Xiao Bei’s underworld sub-plot, Tsang flirts with indie grittiness but settles for stylised heartache as cinematographer Yu Jing-Pin captures the requisite motorcycle-riding montage and passionate clinches in just the right light. Better Days may slide into somewhat hollow artfulness, but it’s hard not to be moved by its genuine concerns.’

And it has insights into modern Chinese teenage life.

Brittany Runs a Marathon does not seem to have a tight storyline as it gasps through its first world problems, but that analysis is mean minded and constipated. Says distributor Transmission,

‘Hilarious, outgoing and always up for a good time, New Yorker Brittany Forgler (Jillian Bell) is everybody’s best friend ― except maybe her own. At 27, her hard-partying ways, chronic underemployment and toxic relationships are catching up with her, but when she stops by a new doctor’s office to try to score some Adderall, she gets slapped with a prescription she never wanted: Get healthy.’

It gets a tick from The Guardian:

‘Paul Downs Colaizzo’s New York-set indie comedy gives Bell the platform for a lovely authentic performance as a woman who takes up running to lose weight and get fit. It’s a film with charm and sweetness but a twinge of anxiety, a little gravitational pull to darker places.

Parasite is still running on a few screens. Pain and Glory is the Almodovar film tied to his own story as a director. And Balloon looks like the political thriller we deserve, about a couple trying to cross the Berlin Wall in a hot air balloon.

The Palace Classic Film Festival is nearly over, like the British Film Festival and the Pridefest in Perth. The Japanese Festival is well into its run while the Russians have gone home to the snow and the samovars. Rats.