Australians fight to set up audio-visual royalties system in Asia

Asian countries are vigilant about music royalties but the screen sector is ignored. That may soon change,
David Tiley 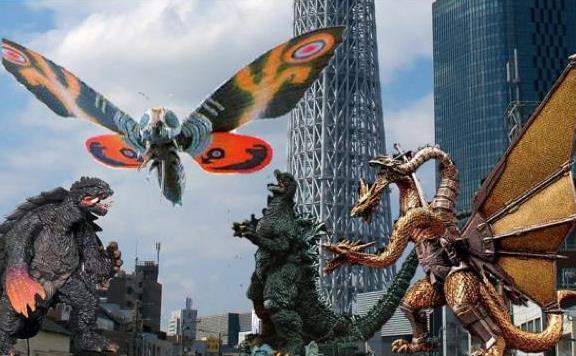 The Australian collection societies join an angry but disparate alliance to get directors and writers their royalties in Asian industries. Image: Kotaku

Getting a royalties cheque is a joyful occasion, but the system behind it is labyrinthine and boring. Until someone starts a crusade.

This is the story of an international battle about collecting royalties in which Australians and New Zealanders are the key figures in a campaign to get rights in Japan and South Korea, on the way to Vietnam, India and ultimately China. Some of the bureaucratic traditions at play would be a thousand years old.

The campaign hinges on the creation of the Alliance of Asia-Pacific Audiovisual Writers and Directors (AAPA) at the Busan Film Festival a few days ago.

The Alliance’s mission, in the words of the media release, is to ‘become the voice for Asia-Pacific audiovisual creators. It will be a platform for audiovisual creators to share, connect and communicate, advocate for stronger copyright protections and further their interests in Asia-Pacific.’ The region has four of the top ten film-making countries and half of the top ten box office markets, and the alliance aims to create the same royalty system as we enjoy in Australia and New Zealand.

There is a lot of money at stake and the comparative security of tens of thousands of creatives.

Getting royalties is a transaction. The Australian societies like Screenrights receive money from users of film and TV shows, and distributes some of it to copyright holders here, while the rest goes to the equivalent organisations overseas. The whole system is held together by CISAC, the International Confederation of Societies of Authors and Composers, which distributes upwards of AU$14 billion per year around the world.

Here, ASDACS collects royalties for directors under the aegis of the Australian Directors’ Guild while the Writers’ Guild supports AWGACS. Screenrights manages another basket of rights which cover education, government and re-transmission rights from broadcasters.

There is a parallel and very effective squad of societies which deal in sound and music, mostly under APRA and AMCOS.

Some of these rights are voluntary and inserted in deals by negotiation, but a raft of them are covered by legislation.

Outside the First World, rights protection is spotty, so CISAC has divided the world into regions and mounted cases for legislation and a local collection society. It has apparently had little success in Africa, but its recent campaign in Latin America went pretty well.

But we are alone

Across the Asia Pacific region, there are precisely two countries with a full audio-visual collection system – Australia and New Zealand, which are also active participants in CISAC. Earlier this year, representatives from our collection societies went to Japan to the annual CISAC conference to discuss the problem with Japanese and South Korean activists. Among them was Kingston Anderson from the ADG who attended the initial meeting in the ten-storey office block housing the Japanese music rights collection society, and provided the background for this story.

When you think about it, the lack of a royalties system for directors and writers in such huge screen production economies is extraordinary. Even stranger, Japan and Korea have very strong collection systems for music. That makes the screen campaign much easier because the government and exhibition sector have a strong, effective precedent.

‘It is really made up of the director’s and writers’ guilds,’ said Kingston Anderson to Screenhub. ‘It is really the first time in the region we have developed a cross-border relationship between all our filmmakers – certainly directors and writers.

‘The big fish of course is China. CISAC’s regional centre is actually in Beijing, which is the major meeting place for the [non audio-visual] collecting societies. It is happy to host us and provide a platform but we don’t know when and if the Chinese government will join,’  Anderson said.

While CISAC is headquartered in France, this alliance is firmly located in our region. We have the only Audio-visual collection societies in a system which relies on close global partnerships. As Anderson said, we have taken on a lot of work, which helps us to think internationally as a diverse but fundamentally similar production sector.

The first public move is in December, as CISAC and the antipodean collections agencies take part in the discussion process around the Review of the NZ Copyright Act 1994.