With Tasmania primed for its festival, a new piece of Cinefest Oz emerging and a shifting Sydney Film Festival, we offer an update on our annual calendar.
David Tiley 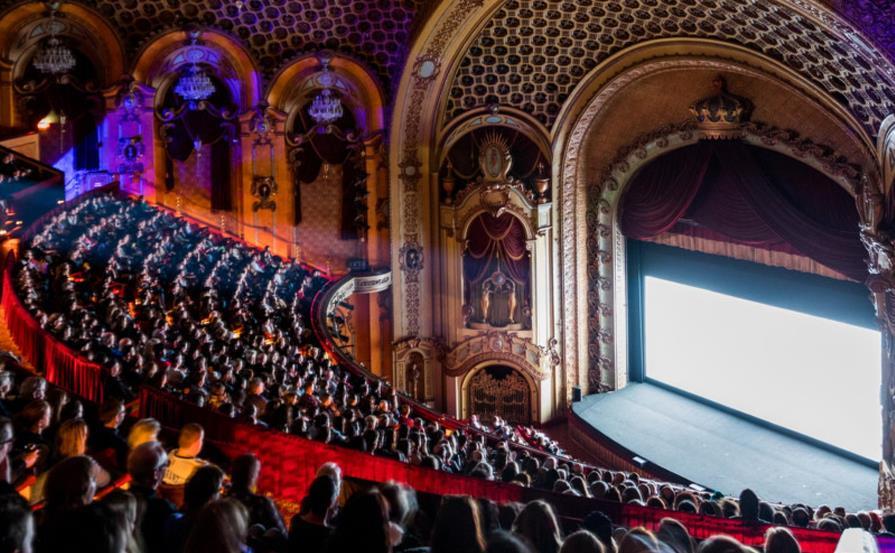 At the beginning of 2021, festival-goers were faced with the year of the Double Plan, as nobody really knew what would happen with Covid. As of April, festivals are more confident of the future and are sure of their live events, but there is still plenty of online offerings coming through on the revised program.

While Australia dips in and out of isolation we can say that the festival system is up and running again, while organisers keep lockdown plans on the table and cultivate some online streaming action which could be a permanent addition. The feeling is really dynamic, from solid evidence of cooperation to the showcasing of hybrid and digital works.

The due dates for entries are mostly gone or unspecified as managements plan their futures. Still in play is the Sony Film Festival, which started to accept entries on 2 Feb, and closed in July. The screenings are planned for August, as per the calendar below. Looks tasty but promotional since films must be shot on Sony gear.

To track the more indie oriented international film festivals, Film Freeway has a good list of the top one hundred in its client list. The Byron International Film Festival and the Melbourne Documentary Film Festival are on that list. DocFilmDepot is useful while the Festhome list is eclectic. A simple way of finding the most serious festivals is to check the list for Academy Awards Qualifying Festivals. This was current for 2020.

The total list of film festivals in Australia among the 9000 listed on Film Freeway is 280. One of the many interesting festivals is The Focus on Ability Short Film Festival, for which entries closed on July 30. More on the Facebook page.

More to come as we hear about them. Our entries from the year gone past remain below.

Palace continues to hold its own brand of festival which tours the country. The Alliance Française French Film Festival finally finished in mid-April, but there are  plenty more to come. Palace continues to invest heavily in physical screens, even though the general arthouse market over the last few years has been in decline. The most recent opening was the Pentridge complex just before Christmas, with Sydney’s Double Bay and Chippendale announced last year, along with Raine Square in Perth. The company has the luxury of shifting the emphasis between arthouse and mainstream depending on the market and cashflow needs.

The Antenna Documentary Film Festival ran a program of screenings and events to replace the 2020 festival; the Japanese Film Festival ran through February in Sydney and included its classic Classics program, followed by a Nobuhiko Obayashi Tribute series, screened in 11-14 March. Since ACMI has now re-opened, we can expect the festival to reach Melbourne while we always hope for a national tour.

The pace picked up as the Australian International Documentary Conference celebrated the reopening of the Australian Centre for the Moving Image with a program of screenings at the beginning of March.

The Transitions Film Festival – visions for a better world ran purely on demand across Australia. The Australian Women’s Film Festival, postponed from 2020 due to COVID-19, held its inaugural festival and awards on 14 March at Event Cinemas AACTA Bar and Cinemas at Bondi Junction in Sydney. The festival celebrated women filmmakers, with a raft of awards for which only films where at least 3 of the 5 key roles (Director, Editor, Writer, Producer, and DOP) are filled by women are eligible. We expect this festival to become a permanent part of the March calendar.

WIFT VFest was a 3-day virtual film festival, running for the first time this year, which showcased women in film with a particular Queensland focus at the end of March.

In April the spotlight fell on The Gold Coast Film Festival which fits between mainstream and indies with broad appeal, given a commercial focus by its physical location. It is running as we update this calendar, between 14 –25 April on around ten venues across the coast. To add even more excitement to the organisers from Film Fantastic, they won the three-year contract to present the Brisbane International Film Festival towards the end of the year

The World Monologue Film Festival runs from 24 April, online for seven days. It is part of the Monologue Project, based in Sydney.

The Geelong Pride Film Festival runs from 14 April – 16 May.

The Melbourne Short Film Festival which ran in the Sun Cinema for the last few years has gone online for 2021. Catch the 20 films between 23 April and 2 May. It is attached to the short film streaming site Filmpixs.

The Environmental Film Festival Australia runs 29 April – 6 May in Melbourne at RMIT.

Palace is running the Moro Spanish Film Festival across Australia on various dates from 29 April to 12 May. (no Hobart, sorry)

The Very Short Film Festival will accept submissions to their two prizes for films that are between 2-5 minutes long until 23 April. Shortlisted entries will be viewable on their website from 1 May, and the festival’s winner will be announced via livestream on 21 May.

The Darwin International Film Festival is set to run from 2 – 9 May, early in the dry season.

The South African Film Festival is screening 17 films from 16-25 May, in cinemas in Sydney and Melbourne, but also streamed around Australia on 24 hour licenses. Noice.

The St Kilda Film Festival will occur from 20 – 29 May, and is still open (just) for entries until 14 February. We understand that the festival will have live screenings, that the Port Phillip Council is firmly committed to an Industry Day, that the programs will also happen online. Artistic director Richard Sowada tells us there are as many entries as last year, so production on this scale has held up all through COVID. Students and emerging filmmakers can expect plenty of nutritive ideas and introductions to other teams.

The Tasmanian Breath of Fresh Air Film Festival (BOFA) covers May with an online festival as well as in cinema events in Launceston (30 April – 2 May) and Hobart (28 May – 30 May).

The Iranian Film Festival starts on 20 May in Perth, then to Brisbane, Melbourne and Sydney where it finishes on 16 June.

Cinefest Oz has created a shorter version in Albany, which will occur on 29 April to 1 May.

From 25 May to 20 June, Palace is running its German Film Festival.

The Sydney Film Festival was originally expected between  9 – 20 June. It has moved to to August, with a new entry to reflect this.

CEO Leigh Small is expecting to run a full in-cinema program, which will be a source of delight. ‘In some ways’, she said, ‘it will be harder than last year, when everyone was stuck at home. This year there will be competition from a lot more events.’

The festival will run some elements like panels online, alongside COVID-safe screenings, and it can switch to virtual if necessary because the systems were installed and tested in 2020. It is a positive outlook.

The Vision Splendid Outback Film Festival is on 25 June – 3 July in Queensland’s Winton. This year the festival is also accepting applications for a feature competition to go with the shorts. Last year’s festival was a mix of virtual and real events, partly connected with Griffith University, and had the highest box office in its seven year history.

From 1 – 10 July, Perth will host the Revelation Perth International Film Festival which has been self-consciously daring for 24 years. The emphasis on edgy and interactive continues, while the festival is expecting to be real but can move easily to virtual if necessary.

The Melbourne International Animation Festival announced it would definitely will have a fest in July and took submissions. It was unfortunately cancelled in the wake of another Melbourne lockdown. It is a fast follow-up to the Reanimation version in May.

The Adelaide Film Festival is holding a Youth Film Festival from 26-30 July, incorporating two new VR works funded by the festival. No more details at end of April.