An Australian filmmaking team has taken home a $5k prize for a film in development.
Silvi Vann-Wall 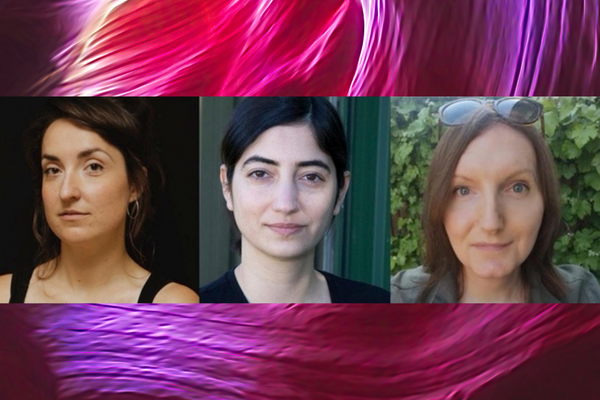 Three filmmaking teams have been awarded a share of $35,000 after being selected as finalists in the international Attagirl film incubator.

The flagship program, which is specifically for women and non-binary filmmakers, is supported by Screen Australia, the British Film Institute (BFI) and Telefilm Canada.

This year it progressed seven teams through its two-stage industry-led workshops during the incubator’s second year of programming. The teams included filmmakers from Australia, Canada, England, Wales, Portugal, South Africa, and Scotland.

A Cup of Tea

An Australian team consisting of writer and director Dee Dogan and producer Bethany Bruce took home a $5,000 development prize for their film, A Cup of Tea.

‘We were honoured to be a part of this groundbreaking international lab for female and non-binary filmmakers which provided access not only to notable industry experts but many inspiring filmmakers and projects,’ said Dogan. ‘This development prize will help us get to the final draft stage of our script.’

‘But what means more to us than the funding, is that the endorsement of Attagirl increases the momentum for financing our project and raises our visibility in the international marketplace,’ added Bruce.

Filmmaking is a tough business and it is difficult to develop projects independently that have the chance to be financed and produced,’ said the Springtide team. ‘Over the course of Attagirl and with the support of our mentors and consultants, not only did our script improve, but we did too — as individuals and as a team.

‘Having financial assistance to start on our post-Attagirl journey is incredibly helpful, as well as showing the world that we’re prepared to put the hard work in to get our film made. We really believe in our project and it’s great to know that the Attagirl board members do too.’

As a filmmaker, being encouraged to not just follow your vision but to understand it is crucial,’ said Bergeron. ‘Attagirl encouraged us to reflect on and challenge our creative and commercial decisions to uncover the most authentic and compelling version of our story. I feel extremely privileged to have participated in the lab and to win the production grant has given us an incredible boost of energy and the validation that this project can and deserves to be made.’

We learned a great deal from participating in Attagirl,’ said Baeta and Madore. ‘Facilitated by thoughtful mentors and expert consultants, Laura’s story was brought into sharper focus from considered feedback, valuable guidance and vital film market and audience insights.

‘We are now fully prepared to make our film the best it can be for a global audience as well as being better equipped as filmmakers to navigate the complex journey of filmmaking. We’re extremely grateful for the experience and support.’

‘Female and non-binary filmmakers and teams often contest with additional barriers to market participation, the result of which is less likelihood of production investment,’ said Sophie Mathison, executive director of For Film’s Sake.

‘Attagirl doesn’t assume that filmmakers can or should know how to successfully develop films in isolation, and instead provides access and opportunity to leading experts and peers within a structured, supported environment. In 2022 we have again seen the profound impact this program has had on the speed of development, the quality of the projects and innovation of the filmmakers behind them. Congratulations not only to the award recipients but to all the teams within this phenomenal cohort.’

For Film’s Sake, the nonprofit advocacy behind the Attagirl initiative, gathered critical data and insights during its two-year program. It will release its Attagirl Pilot Report in late 2022.