Successful – yes. Best in class – depends on your criteria. But the program is ambitious, covers a huge range of cultures, and is available to Australians as well. Entries close on October 22.
David Tiley 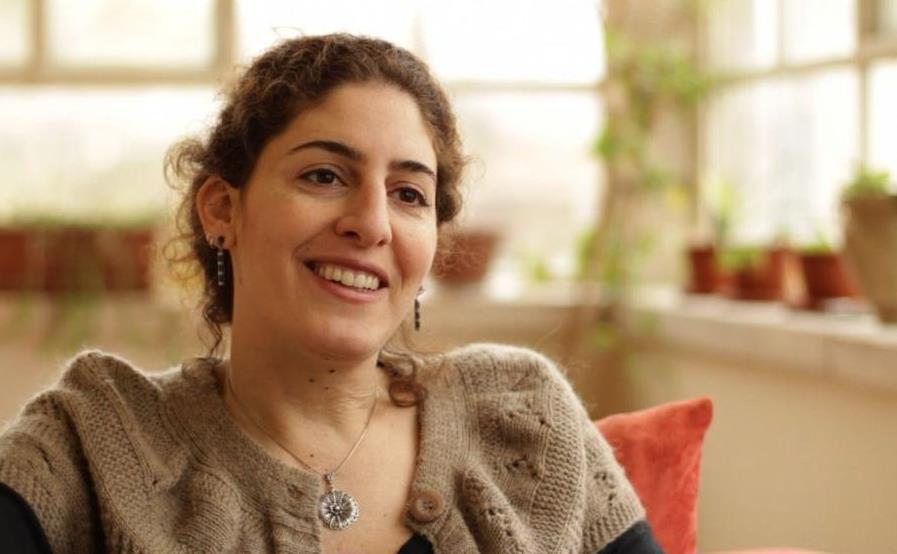 Palestinian Annemarie Jacir directed festival favourite Wajid and is now developing All Before You, both supported by the MPA–APSA Academy Film Fund.

It is possible that the most successful film development program run from Australia comes from the Queensland-based Asia Pacific Screen Awards, which provides four grants of US$25,000 per year to filmmakers in the region.

The results are spectacular. In ten years, the MPA APSA Academy Film Fund has supported the development of 44 projects, from Bhutan to Samoa, of which 13 have been completed. That is slightly over one in four, and include the last couple of years, in which at least two are well under way.

The real eye-opener is the success of APSA films on the festival circuit. A Separation by Asgar Fahardi won the 2010 Academy Award® for Best Foreign Language Film, which suggested the program had real potential.

In 2014, No Burqas Behind Bars by Iranians Maryam Ebrahimi and Nima Sarvestani took the International Emmy Award for Outstanding Documentary.

Wajib, by Palestinian director Annemarie Jacir, won four awards at Locarno in 2017, including two from juries of young people.

By then, APSA supported films were coming back into its own competition, completing the circle. In 2018, Indonesian drama Memories of My Body by Garin Nugroho, won at APSA and screened at the Venice Film Festival Orrizonti section. Burning by Korean Lee Chang-dong won the APSA Jury Grand Prize  and the FIPRESCI Critics Prize at Cannes.

The River, by Kazakh Emir Baigani also screened in the Orrizonti section and won Best Director.

The Wild Pear Tree from Turkish filmmaker Nuri Bilge Ceylan was selected for official competition at Cannes, along with Ayka, directed by Sergei Dvortsevoy from Kazakhstan, which won the best actress prize for Samai Yeslyamova.

In 2019 A Dark, Dark Man, also from Kazakhstan by Adilkhan Yerzhanov, won both APSA and the San Sebastian International Film Festival Competition. After that, the awards system came to pieces in the pandemic.

However, this list is an object lesson in the selective use of statistics. Development is a mystic art with many objectives, and the apples are very different from the oranges. Some support programs are very risk averse; development can be used to attract productions; others simply outwit international owners; matched development programs already have commercial potential.

At the other end of the spectrum, many government funded programs focus on inexperienced writers or script ideas at the beginning of the process. They can be used as bait or a battering ram to challenge existing habits or shape the sector.

Everyone in the biz wants a great strike rate and producers marvel at agency’s lack of accountability. But even the most armour-plated oldsters know that we have to support the future and every agency has to balance the present against the promise of new generations.  You can’t get away from risk and ambiguity.

So we go back to assessing programs in their own terms and hope that planners are eager to learn new approaches.

We turned to Andrew Pike, a veteran documentary maker and life-long proprietor of sales outfit Ronin Films, to explain the inner workings of the APSA development program. He has chaired the process for the full eleven years since it started.

As always the guidelines shape the whole program. He pointed out that the applicants come from a very particular cohort. They have to be associated in some way with a previous film which has been an APSA finalist, or participated in the selection and judging process. There are around 1300 members across the region, including 140 Australians, who are allowed to apply for the program.

The APSA Academy member applicant can be in any key creative or even cultural advisor role, which opens the playing field significantly to collaborations and co-productions. Two examples, funded in the 2020 round (despite Covid)  are Academy member, Filipino FIAPF Award recipient Bianca Balbuena, producing Vietnamese writer/director Minh Quy Truong’s VIET and NAM,  and prolific French producer Guillaume de Seille, known for co-productions between France and Asia Pacific, to produce A Kid on the Block, the feature debut for Japanese documentary maker Kyoko Miyake.

‘One aspect of the success,’ said Andrew Pike, ‘is the fact that we are not dealing with raw beginners. The second factor is that we made the decision that we are primarily interested in the communication of ideas and experiences. Commercial questions which usually preoccupy other development programs carry little weight with us.

‘One of the ideas that lurks behind our approach is that if the idea is strong enough and if the team is committed enough, it will find its place in the market.’ ‘

The committees approach is unusually flexible: ‘We ask for a maximum seven page outline or treatment, or if they don’t work like that, we ask for the vision statement, the aspiration,’ Andrew Pike revealed, ‘We don’t ask for any of the things that are commonly wanted in Australia where you have to supply finance plans and distributor interest. That dreadful document called a pathway to market.’

In the very first year, the committee received an application which was no more than one and a half typed pages translated from Farsi by a friend of the filmmaker. Andrew Pike was hooked and wondered how he could convince his colleagues with such a thin document. It turned out that everyone else was thinking the same. That film was A Separation, now a classic of Iranian cinema and an arthouse favourite around the world.

The process occurs over an intense week, with English as the language both for texts and jurors, as a matter of financial practicality. They don’t talk to the filmmakers and they haven’t necessarily seen their earlier films, even if they have an APSA Award.

It is pretty hard to guess the future trajectory of projects. Some of them come from dangerous countries steeped in conflict like Iran and Palestine, or cultures where independent filmmakers work delicately around changing rules like China. In fact, the only Chinese project funded by APSA was The Cremator by Peng Tao ten years ago.

‘Very often,’ said Pike, ‘we find a sense of danger and a sense of urgency.’ Often they are funding into cultures which have no infrastructure whatsoever – they have supported wonderful work from Kurdistan which does not have a single cinema in its contested territory. They have a strong role too in places with popular local cinema but no heritage in arthouse films. APSA is able to put in the first money, and the status of a foreign agency trusting a local filmmaker in a strange activity can be very useful.

These projects can be supported by a network of festivals like Sundance and Rotterdam, or go to regional film markets, or find co-production partners in the European arthouse circuit. The route is very different from our market-based approach.

One of the remarkable things about the program is the fact that it emerges from the Motion Picture Association of the United States, a trade body which defends private property and American media companies around the world. As Pike said, ‘The amazing thing is that the MPA which represents the Hollywood studios supports the whole idea. They fund filmmakers in countries which the USA doesn’t have diplomatic relations with. For them it is fantastic outreach.

‘For me, this is the highlight of my year. What I find constantly exciting is seeing the credits role in all sorts of languages, like Farsi, Hindi or Mandarin, and embedded in them is an English language card acknowledging a fund based in Australia.’

The philosophy of development is subtle and full of contradictions. The field is a lot easier if managers are able to concentrate on one single objective, which is a luxury afforded to the APSA  Academy Film Fund and to other programs connected to film festivals.

Read more: From Parasite to Bouyancy, the APSAs have a fine crop of winners

But even APSA turns out to have many faces. The awards pitch commercial films with official approval and decent budgets against guerrilla pictures made in fear and secrecy. In any system, someone’s head will be exploding. You can see it here.