AIDC Zooms into its own inaugural awards program

For the documentary community, The Australian Dream is more than a fine picture suffused with controlled rage from Stan Grant. It demonstrates how images, empathy and clear rhetoric can create a national conversation.
David Tiley 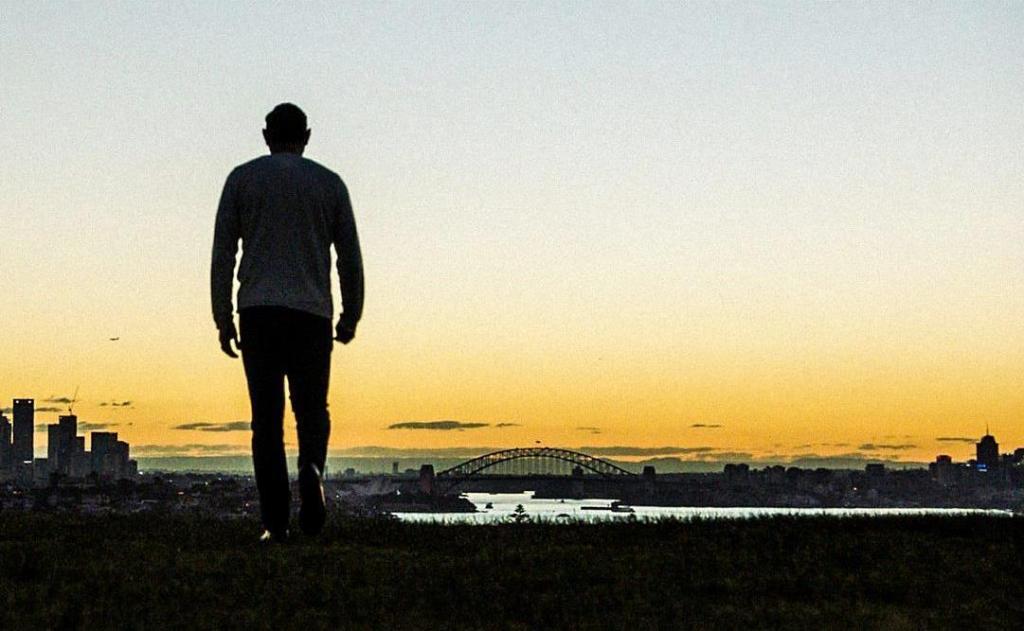 The Australian International Documentary Conference (AIDC) went into an awards ceremony for the first time under the strangest possible circumstances. In the black shoebox cave of an Australian Centre for the Moving Image Cinema (ACMI), clumps of old friends gathered together to watch a bunch of awards given out to documentary makers who received their awards with a pre-recorded announcement.

As CEO and Festival Director Alice Bergin admitted, all the nominees had to do a clip on the assumption they won, and then had to wait for the actual screening to discover if, in fact, reality had gone their way. It was oddly reminiscent of the mix of spontaneous and constructed, which a good doc captures.

It was a crap year for feature documentaries launched in cinemas because they were shut a lot, and some gems may have escaped the public eye.

The winner of the Best Feature Documentary award, supported by a $5,000 cash prize from DocPlay, supported in person by a mop-topped Paul Wiegard from Madman, and went to The Australian Dream. That was the Stan Grant version of the Adam Goodes story. When it was broadcast on the ABC it was possible to have interesting conversation at bus stops about the film, which is always a good moment.

Missing from this list is the writer, Stan Grant. The AIDC has adopted the wonderful practice from the print community of a jury commentary.

Jury Statement: We are thrilled to award Best Documentary Feature to Daniel Gordon’s The Australian Dream. In collaboration with Stan Grant, what Gordon finds in the story of Adam Goodes’ disgraceful public discrimination is potent, eloquent, troubling. Ultimately a story of resilience, both of a man, and a people; a stridently articulated challenge to Australia to consider the true meaning and making of its history, and a film that deserves to reach all Australians, and beyond.

Best Documentary/Factual Series went to Miriam Margolyes Almost Australian, made by Liz Allen, Ross Wilson, Laurie Critchley, Aline Jacques, which is most of the in-house crew from Southern Pictures.

Jury Statement: A refreshing modern portrait of Australia. A feast for the senses for so many of us locked down at home. A pleasure to watch for both young and old. Wonderfully feel good. Miriam was an unexpected and inspired choice who made it fun, honest, charismatic, smart, delightfully self-deprecating and masterful with her interactions. The ‘fish out of water’ journey is a great way for even Australians to rediscover their country, their culture and history. Beyond just your regular travel program, there was the inclusion of controversial and important issues in Australia, to contrast the Australia Miriam remembered as a child and the country today. The use of voiceover was particularly smart, never forcing you out of the journey.

The jury also gave a special mention to Love on the Spectrum.

Jury Statement: Grabs you from the first minute and never lets you go. We have seen similar formats from the UK but the producers have found clever ways to make it more authentic to Australia and modern. In lesser hands, this would have been difficult to produce; we are trying to discuss very difficult subjects here. But the producers have dealt with it sensitively and cleverly to make it entertaining, engaging, informative and emotional. Liked the use of experts. There is something almost heroic, refreshingly honest and very admirable about the characters and their mission for love.

Cian O’Clery directed, shot and produced this four part series, with Karina Holden as executive producer for Northern Pictures. Netflix has global rights for this, while it is soon to release the second series.

Best Documentary/Factual Single Award Winner is Looky Looky Here Comes Cooky, which should have an extra award for the best title of the decade so far. It thrives on our underground and mostly Indigenous tradition of completely whacky documentaries with a highly authored point of view.

It was directed by Steven McGregor, written by him, Steven Oliver and Danielle MacLean, with Anna Grieve, Steve Thomas, Danielle MacLean, Kath Symmons as producers via Darwin based Tamarind Tree  Pictures and Roar Film from Tasmania.

Jury Statement: Looky Looky Here Comes Cooky flips Australian history as written and revered by the victors and provides an alternative view through music and comedy.  The approach invites conversations with ALL Australians . It’s not only a witty, enlightening and highly entertaining documentary, it’s one that focuses on the future of Australia by looking back: how do we move forward as a reconciled country without understanding what it is that we’re reconciling. Looky Looky Here Comes Cooky nails this.

The description of a project as a ‘factual single’ feels really cold and bureaucratic, but no-one has found a better label.

Jury Statement: A Raw and refreshing film that expertly crafts a series of portraits that resonated so beautifully with the judges. The film connects the audience to the subjects weaving through light and dark, on a level of intimacy that shows depth and sensitivity in the filmmaking. We consider our own bumps and scars mirrored on screen as we are taken on a delicate journey through diversity, self-image and self-reflection.

This is a wonderfully simple idea, which explores the body of creator Loni Arman, who co-directed with Kelly Hucker. Both have been around the fiction sector in a variety of crew, production and performance roles. Veteran EP and Foxtel drama executive Kim Vecera is credited here with Mama Bear Productions.

The Loop was directed and written by Lorcan Hopper and Johanis Lyons-Reid, who produced the film with Carl Kuddell as part of an initiative from the SAFC and SBS to support screen creators with a disability. The AIDC gave the team a special mention for the film, which they ‘wanted to recognise as a film with heart, tenacity and humor.’

The radical shifts in the documentary community have even reached out to documentaries which don’t have any pictures at all, perhaps pushed along by AFTRS which has always trained radio people alongside the picture-obsessives.

Best Audio Documentary with a $3,000 cash prize presented by AFTRS was given to The Eleventh, Alex Mann, Tim Roxburgh, Ninah Kopel, Tim Jenkins, Nikki Tugwell, with the resources of ABC Audio Studios.

Jury Statement: The Eleventh made a significant moment in political history accessible to a wide audience so you didn’t need to be Australian or even have an interest in politics to be engaged and entertained. The use of foley, archival footage, music and interview tape moved the story along and made you want to keep listening. There were also delightful moments of surprise and the range of characters coming in and out of the story meant you were never quite sure what was coming next.  Finally, the breadth of interview subjects made it feel like you were getting the full story from a broad range of players.  Definitely a podcast that made you want to skip to the next episode and keep listening.

The radio documentary never died, and is now triumphantly alive on your mobile phone.

Jury Statement: This augmented reality experience about climate and disaster resilience in Australian towns deftly combines ambitious technological approach and creative vision, packaging diverse story elements in a coherent and seamlessly designed way. The use of webAR, the sense of playfulness and attention to detail all ensure broad accessibility on an urgent topic, demonstrating a distinctive and significant ambition.

All the technical and aesthetic pleasure of this medium is referenced in this description.

Following on from this immersive and interactive insta-tradition, the $25,000 Film Victoria gaming development award, punningly called The State of Play Prize dropped off the tree of life onto a project called Love Letters to Our Trees, from production companies Wilding Productions (the vehicle for Kate Pappas) & Two Moos. It is inspired by a City of Melbourne project.

Love Letters to Our Trees is an augmented reality app that aims to foster a sense of community connection to urban trees that asks its players to deliver letters to particular trees in their neighbourhood, learning more about that tree in the process. While Love Letters To Our Trees is based on a Melbourne Map, and open source data about Melbourne’s urban trees, the infrastructure of the app can be applied to any city and dataset, and the team hopes to use this funding in part to establish Love Letters as an iterable project with a broader application and geographic reach.

SBS plunged into AIDC with its Australia Uncovered development prize, which went completely out of control. Here is the AIDC description of the result:

SBS will also be reaching out to production companies, Walking Fish and Good Thing Productions, about a commission for their project After Trauma, as part of Series 2 of SBS Australia Uncovered.

The FACTory international pitching showcase is exactly that, a way of reaching multiple decision makers with a single nere-wracking tap dance. Finch, a TVC-driven nest for directors and campaigns, spices this up with a prize of $45,000 of in-kind post-production support. The award went to Projector Films, with Norita. Projector is David Ngo and Daniel Joyce who came from a low budget feature program in South Australia.

This year’s Stanley Hawes Award was given to Michaela Perske, of Pursekey Films. This is a break from tradition as the Stanley Hawes tends to be a live speech on the first evening of AIDC. But she embodies an ideal rather than shouting it out, and it works just fine.

Originally trained as a journalist, Michaela has over 20 years of media experience in all areas of radio, print and TV. Since turning her mind to factual content creation, Michaela has produced engaging, challenging and enlightening films including Girls Can’t Surf, Black Divas, After the Apology and Destination Arnold. With this award, AIDC acknowledges her outstanding contribution to the Australian documentary and factual sector.