For attendees, a list of winners who take $510,000 away. For everyone else, a sense of what you missed. For the State Library, peace and quiet.
David Tiley 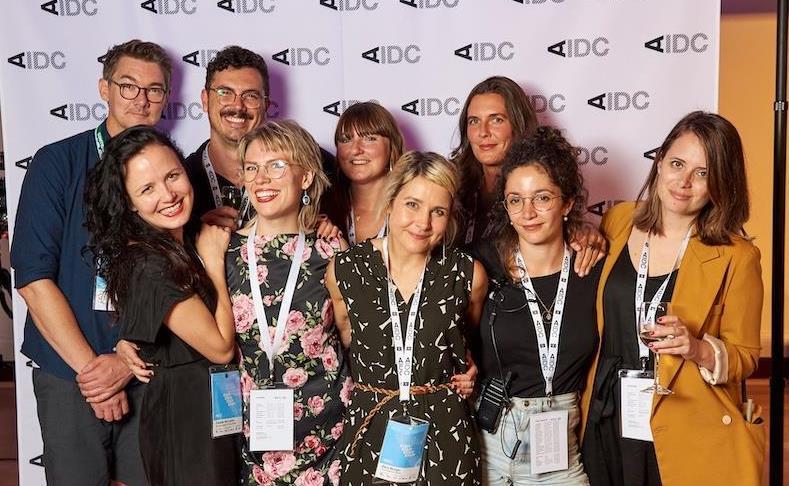 A fair bit of the core team that brought us AIDC, without programmer Kim Munro.

The AIDC numbers for 2020 are very healthy. Since it arrived in Melbourne, attendance has almost doubled, reflecting the brute facts that Adelaide is a much smaller city.

The conference was a complete four days with an evening screening program open to the public. There were 789 registered delegates, the highest number ever, and significantly higher than expected. Even with the virus gathering steam there were 82 international guests though two key speakers could not attend for other reasons.

We really noticed the sheer technical complexity and competence of the work behind the scenes, including an excellent website and app. I heard a whisper that the AIDC has tended to be run by documentary people who made a good fist of organising an event, but the newer generation are trained in events and arts management. The result is a smooth, imaginative conference run by the AIDC rather than contracting it out. They are also passionate about documentary though they may have a stronger sense of its cultural implications.

The feeling of the conference was made younger and more democratic by the 37 people on the Leading Lights Fund, supported by 22 production companies. The Indigenous Creators Program supported 55 filmmakers. 57 per cent of delegates were women (Ha!) and there were 80 volunteers. The joint was jumping with young, eager, culturally diverse, multilingual, First Nations, idealistic, independent minded people. The cynics gave up coming a long time ago.

There was a more substantial strand of craft sessions as the conference continues to engage with the wider group of screen artists who make documentary and factual sing.

THE WITNESS PITCH – Presented by Al Jazeera English. Three $100,000 commissions for an early career practitioner to develop a project for AlJazeera’s Witness strand of short documentaries.

At the Coalface (Anu Hasbold)
This Is Reality (Chris Phillips)
Give Us Green, Darling! (Caro Macdonald)

STANLEY HAWES AWARD – Presented by AIDC. A $5,000 Award for Outstanding Contribution to Documentary in Australia.