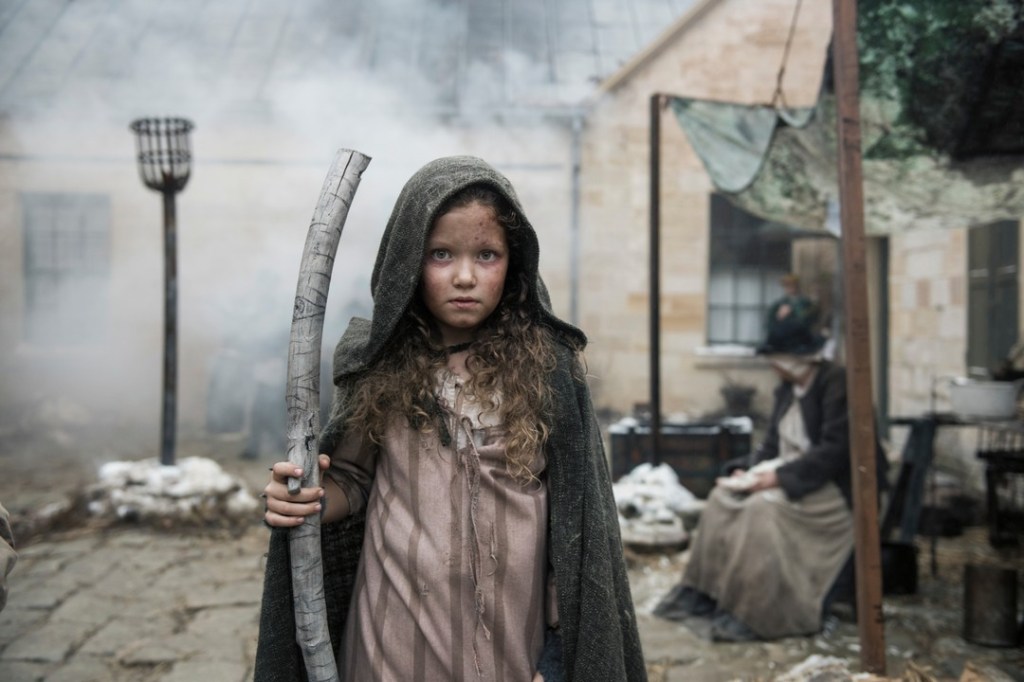 Here is a remarkable announcement disguised as a simple homage to some successful short films at festivals.
The pattern of tensions about development and financing in Australian cinema suggests is a strange gap between true mass-cult genre and realistic drama. It is like simple pleasures are guilty pleasures – but some of our cult projects are just technique and bravery with something essential missing.

Now AFTRS is headlining its recent crop of student films with this:

Not so long ago, the standout AFTRS project was Samuel Van Grinsven’s MA feature, Sequin in a Blue Room, which won the Audience Award at the 2020 Sydney Film Festival, went to Palm Springs, Toronto’s New Wave strand and the British Film Institute’s Flare, the largest LGBTIQ+ film festival in Europe.

Both AFTRS and the Sydney Film Festival adored it as an excellent arthouse film, which it is. Van Grinsven is now represented by RGM and is developing both his second feature and a television series in a rocket-fuelled trajectory into the mainstream.

He and the film are the model for many dreams. In the 2020 AACTA Awards, we find no less than seven shorts by AFTRS graduates vying for a nomination. In these strange and difficult times, they have not broken through strongly in the international festival circuit, though they do well in Australia. Only Shannon Ashlyn’s Sweet Tooth makes a strong claim to a non-realistic story world with ‘the untold story of the wicked witch and her infamous gingerbread house. It’s a new kind of fairy tale in the tradition of Disney’s Maleficent but with a female protagonist, we’ve never heard from before.’

It is well-marketed on the net, won the International Association of Film and Television Schools award for Australasia in 2019, and went to the Manchester and Vail Film Festivals.

This year, AFTRS has two hero films on the circuit. Jayden Rathsam’s Sushi Noh went to the Brooklyn Horror Film Festival and won both the Most Bonkers Short award and an Audience Award. True honours, both of them.

‘Trapped in the care of her lonely uncle, a young girl’s nightmares about a bizarre kitchen appliance manifest into reality…’

The Familiars, written by Octavia B. Martin, directed by Millicent Malcolm, and produced by Alexis Talbot-Smith, premiered at Encounters described by AFTRS as ‘the UK’s leading short film, animation and virtual reality festival’. It went on to most of the prime fantasy festivals – at San Sebastian Horror and Fantasy Film Festival it won the Youth Jury Award for Best Short Film. It went to the Maniatic Film Festival in Spain, the Telluride Horror Show and the iconic Fantastic Fest in North America before arriving at Sweden’s Lund Fantastic Film Festival. Now it has the Best Australian Short and Best Performance in an Australian Short Film at the A Night of Horror International Film Festival in Sydney.

These are the most eye-catching examples, but AFTRS has more in its prideful pockets.

Hyde (director Ruby Challenger, writer Erik Magnusson, producer Andrew McMartin) was nominated for Best Short at the Wreak Havoc Horror Film Festival in the US and Best Original Score at the Ethereal Horror Fest & Awards in the US and was selected to screen at the Anatomy: Crime & Horror International Film Festival in Greece.

Flickerfest synopsis: ‘Joan Utterson searches for her AA Sponsee Haley Jekyll but instead finds herself stalked by a violent and chaotic monster.’

Barnacle Face (writer/director Jean-David Le Goullon, producers Alex Linder and Kaitlyn McMurtry) won the Audience Choice Award at the Sydney Underground Film Festival and was selected for the Atlanta Horror Film festival and the Horrorfest International in the US, and Australia’s A Night of Horror International Film Festival.

IMDB synopsis: His friends are early, the bathroom isn’t clean and Karl has something under his skin.

Film Freeway synopsis: a 16mm experimental short about two friends who play a game where each rule prescribes them to act out their most violent and perverse private fantasies.

The Replica (writer/director/producer Adam Daniel, producer Dayle Cogdon) had its world premiere at the Sydney Science Fiction Film Festival and was selected to screen at Monster Fest.

Facebook synopsis: Forced to confront his existence as a doppelgänger, an expectant father attempts to reintegrate into the same town as his lost family, and soon comes into conflict with his ‘original’.

Brunch Shift Massacre (writer/director Adam Boys, producer Tim Graham) screened at the Fantasm Shock Reel Cinema Film Festival in the US, the latest stop on the film’s seemingly endless tour of the globe.

IMDB synopsis: A descent into the hellish depths of the life of a waiter during a busy brunch service that turns into a violent climb back to sanity.

You can view the whole film:

Does this add up to a trend? We can say for sure that horror/fantasy/SF are in hot demand because there are plenty of subcultural festivals with international stature and not that much content. Aside from any other reasons, building a convincing parallel universe can be expensive.

And let’s not forget that the single most streamed non-pornographic category in the world is fantasy/SF.

Here is the full 2020 list of AFTRS films hitting the circuit to compare with the outrages above. I think you can see a change,

IMDB synopsis: Burdened by a prophecy that dooms them to a violent death Elagabalus, a genderqueer Roman emperor, embraces excess. Much to the dismay of their controlling mother Elagabalus is enamored of a dashing charioteer. But as Elagabalus’s habits grow increasingly sadistic, mother and lover must band together to fulfill destiny.