Four projects from culturally diverse filmmakers have been selected for The Kaleidoscope Project, enabling them to create films about diverse young Australians.
Chris Button 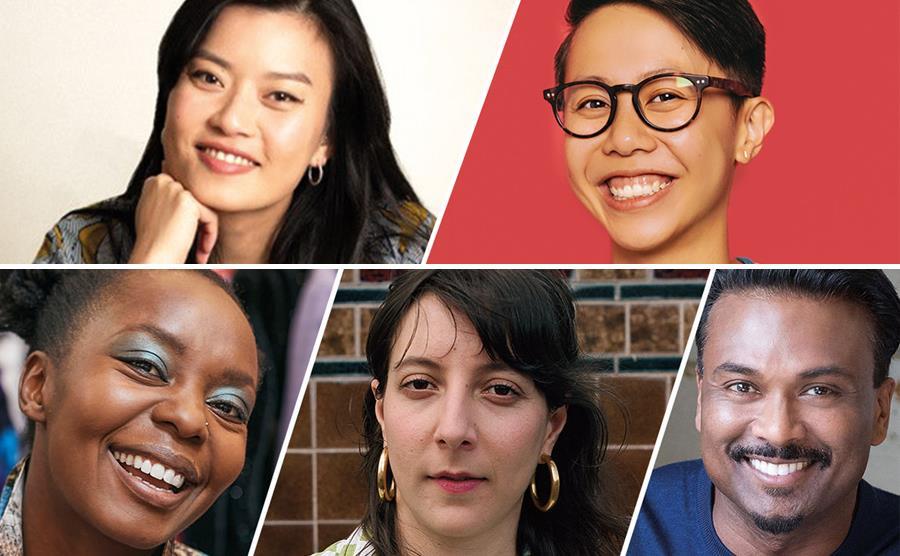 Four projects from Culturally and Linguistically Diverse (CaLD) filmmakers have been selected by the ABC ME and Screen Australia for The Kaleidoscope Project, enabling them to create films about diverse young Australians.

Of the range of high quality applicants to choose from, Viv’s Silly Mango from Mary Duong and Rachel Choi, Gugu naGogo by Taku Mbudzi, Namaste Yoga from Ravi Chand, and Lara Köse’s Yaz Queens were selected for the project. Originally launched last year, The Kaleidoscope Project from ABC and Screen Australia supports and showcases the best of Australia’s next generation of CaLD filmmakers, incorporating mentorship and opportunities to further their careers.

Each of the four selected films are described in Screen Australia’s media release as follows:

• Viv’s Silly Mango, a film by creators Mary Duong and Rachel Choi, offers an honest and playful insight into growing up as young people from migrant or refugee backgrounds in Brisbane through the perspectives of three Asian pre-teens–Viv, Esther, and Nikki–as they navigate the meaning of family and friendship in their discovery of riot grrrl music and most importantly, themselves.

•  Gugu naGogo, created by Taku Mbudzi, explores intergenerational and cultural relationships and struggles between daughter, mother, and grandmother, through the eyes of Gugu, a 12-year-old budding astronomer living in a small Australian town, far removed from Zimbabwe, where her Gogo lives.

• Creator Ravi Chand draws on his experiences with Namaste Yoga, about Shiv, a 12-year-old Indian-Australian boy who hates being Indian. Shiv struggles with internalised oppression, whereas his 8-year-old sister Kaali is proud of her culture and immerses herself in it. Shiv experiences his culture being taken, commercialised and “taught” back to him, and learns to reclaim his culture on his own terms through his practice and connection with the true essence of yoga.

• Yaz Queens, created by Lara Köse, explores the relationship dynamics between 10-year-old Yaz and her father after eight years of living apart in different countries, and how their cultural differences play a role in their struggle to relate, but ultimately, how their shared love of music helps bridge that divide and brings them closer together.

As part of The Kaleidoscope Project, the participating filmmakers will get to create their films to capture what it is to be a young Australian from a CaLD perspective. Each of their films are due to premiere across ABC ME, the ABC ME app, and ABC iview in March 2022 to coincide with Harmony Day–an event introduced by the Australian Government to celebrate multiculturalism.

‘These exciting films explore themes familiar to young [CaLD] people–identity, belonging, expectations, sense of agency and connection to culture–with heart, humour and authenticity,’ Isdale said. ‘By helping to showcase and amplify the stories of these filmmakers, we hope our audience will relate, connect and be thoroughly entertained!’

‘Each of these beautiful stories offer up a truth that is incredibly specific to the experience of displacement and at the same time, they are able to heal that chasm through the universal power of love, family and friendship,’ Chang said. ‘Representation is more than skin deep, and we’re committed to celebrating the creativity of storytellers who reflect the cultural richness of children and young people in Australia today.’