AACTAs 2019 – Nightingale blows away the sentiment

This year's night of nights was full of surprises with an air of inevitability and a certain unexpected range of glory.
David Tiley 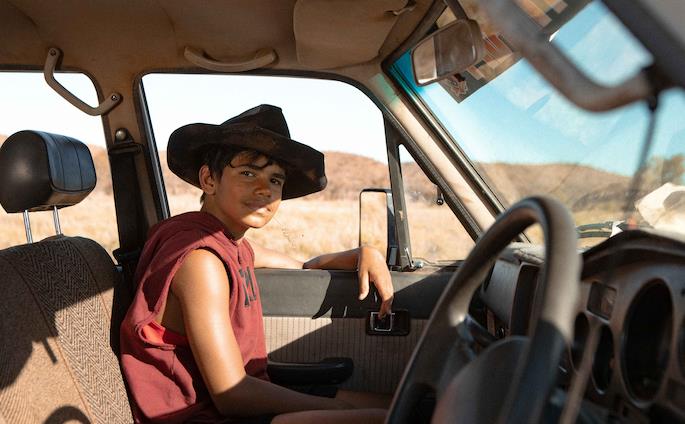 This year, the AACTA awards descended into madness in a wonderful way. We were offered the full gamut of feature films from joyful sentimentality endorsed by box office to the flintiest of colonial brutality played out on the bodies of black and white alike.

In the last few years the academy and the public have tended to agree. Not this year. The tough art won as The Nightingale took out Best Picture, Best Director, Best Script, Best Actress and Best Supporting Actress. That made Jennifer Kent a heroine, confirming in a very different picture the artistic integrity of Babadook.

Once again, this is a tribute to Causeway Productions.

In television drama, Lambs of God has blown up any sense that Australians like their drama conventional. The explosive delight for the project has left bits of hot metal all over the road, in a twisted mass of rules about Australian stories, probability, the niceness of women, the use of fairytale, magic realism, blood-licking feminists and men with cardboard souls.

On the other end of the spectrum, Total Control runs straight at the pathetic, trousered superstitious self-aggrandising pack of anarcho-cynicalists we call federal politics, and does a giant what-if using what we really hunger to see.

Both of these projects did very well. Lambs of God is Best Telefeature or Mini Series. Total Control is Best Drama Series.

Add to our list of great production companies Lingo Pictures and Blackfella Films.

In documentary, we could share a pie (or sushi these days) with any of the people who made the nominated productions and come away feeling a better person. The Australian Dream and The Last Quarter both did a fine job on a heart-tearing metaphor about our torn national psyche; The Australian Dream appeals to me more because it had a quality of reflection from its superb speakers, and it won Best Documentary.

Best Documentary or Factual Program found a group of nominations which demonstrate what can be done with mainstream skills and formats married to a realistic social conscience. The winner is Old People’s Home for 4 Year Olds, in which Debbie Cuell and Brooke Hulsman took the stage and gave time to an elderly woman and a four year old child. We don’t expect tears out of that audience but they came close.

Factual Entertainment is a category that can be pretty ordinary and stick pretty closely to the sadder edges of curiosity. But this bunch all come with the affection of audiences who like to blowtorch prejudices and have fun at the same time. You Can’t Ask That won.

Over the last few years the established industry has been looking over the parapet of Fortress Privilege and wondering if any of those busy figures enjoying themselves in the real world might actually offer a bit of renewal. So they sent out guides, brought some in, fed them up and gave them some of the cheaper toys.

They have been rewarded with Auntie Donna, Ludo Studio, the passion of Princess Pictures, Adele Vuko and Christiaan Van Vuren and producers who fitted well because they learnt their own craft on low budget for a long time.

The winner of Best Online Drama or Comedy is Robbie Hood, led out by Dylan River, Tanith Glynn-Maloney, Meg O’Connell and Charlie Aspinwall. They are delighted to show us what we look like from the bottom, which is not really the bottom at all because wisdom and resilience.

The actor’s awards prove once again that we are gifted with great performing talent. If the production community lives in some senses in giant sheds, sleeping next to their machines, then the actors are like possums playing slidey on the galvanised iron roofs, thumping and squealing and snarling, sometimes piddling into the electrics.

They are called players for good reason. They are our envoys into the domain of unleashed feelings, they wreck stuff we think is sacred, they transgress and undermine and drag us back to safety. The industry relies on famous actors because they are the ultimate currency of deals. But every true performer carries that hunger and promise inside them, and they turn up coifed and shiny at the AACTAs.

That is always a beautiful aspect to the night. It flooded across the audience with the Longford Lyell Award, given to Sam Neill, who gave honour to Lottie Lyell, was praised in clip after clip by our great performers, and turns out to have a sheep called Jackie Weaver.

Running the televised night of the AACTAs must be a horrible job. The broadcaster, Seven in this case, will impose its rules and the whole thing is never run in ratings periods because they are not that great. The sponsors, mostly Foxtel, will make sure they get their pound of flesh. The separate subscription TV awards are folded into the AACTAs, and compromise the dramatic flow.

Maybe I risked destruction by watching the program on broadband. Certainly the ads may have been different and we had bandwidth problems at home. Thank you NBN. But we did get an enormous flood of advertisements, and only one song to get us tapping our tootsies. Or not because Jessica Mauboy’s latest number is not that kind of experience.

Shane Jacobsen was very willing to work to sponsor’s rules in his hosting and he was used as the pivot of a very very strange approach to the night. He was set up being casual about time wandering the harbour (sponsor thrill for NSW govt), and ended up on stage. But he retreated to the green room and did his to camera bits there, surrounded by winners and hangers on being casual and human. Except for the octopus on the couch which was presumably a reference to The Masked Singer.

There was a huge amount of hype in the script, which could have been used in any Olympics opening night, to get audiences to understand that our sector is wonderful, beloved, the soul of Australia and the only thing that stops entire families self-immolating on their couches from boredom and fear of the future.

This becomes the front stage soundscape. Behind it we have the winners being real people, just like us, making the comparison between on and off stage personas. We pay tribute to the fake, we understand the skill and we feel a bit democratic as well.

Except I just felt confused, maybe because I am a hard-hearted oyster creature who never feels collective excitement. It never seemed to work because everyone was stuck with a slow motion improv to demonstrate they are just like members of your family and they didn’t have many props and got stiff.

We ended up with two time frames in which we actually saw some awards followed by a ton of ads, and then a voice over babbled the results of other major awards apparently given earlier in the evening. But it did turn out to have an emotional arc, in which the flashy insincerity melted away until the climax with Sam Neill felt really honest and affirming, and did the job the whole evening was supposed to do. The KPIs came late but they came very well.

My takeout from this year’s AACTAs? There is a particular blend of verve and experience which is serving the screen sector very well at the moment, as the goalposts move towards truer excellence on ever-tighter budgets.

And above all: our industry is inspired by our Indigenous members, and so is our audience. Wow.