As times change against the culture warriors, a very different Australia is crowding into our stories. It can be funny, scary, whimsical, challenging, mystical and plain shame-making – but always part of us.
David Tiley 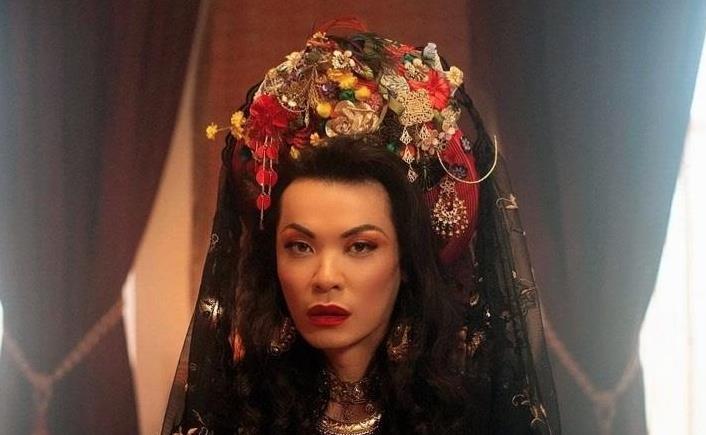 The full list of AACTA nominations is a big fat list of facts so we need some strategies to get control. We have two: the television drama list should be highlighted, and then we will go on to our favourite categories.

The best drama nominations come up again and again, with Stateless on top with 18 nominations, followed by Mystery Road 2 with 14 slots, while AACTA counted 80 separate gigs for the ABC – so the event will go much faster if they all just cluster out the back waiting to be called.

Best Telefeature or Miniseries (in a way a more interesting list) runs to The Gloaming, Hungry Ghosts, Operation Buffalo, The Secrets She Keeps, and Stateless.

AACTA likes to mix up the options so the Best Direction Awards pit drama against comedy. So we have Simon Francis for Anne Edmonds What’s Wrong With You, Wayne Blair for Mystery Road 2 ep 4 and Warwick Thornton for ep 6 of ditto. Neatly matching that (or the reverse) are Emma Freeman for Stateless ep 1 and Jocelyn Moorhouse for Stateless ep 6. Tough to decide that one.

There is only one category for children. Some people would argue that our kids’ TV stands out internationally more than the drama. Are You Tougher Than Your Ancestors, from Vanna Morosini, Stu Connolly and Donna Andrews from a combo of Flying Kite and Sticky Pictures is up against Bluey from Joe Brum, Charlie Aspinall, Sam Moor and Daley Pearson from Ludo. But there is more. First Day, from Julie Kalceff, Kirsty Stark and Kate Croser at Epic Films will have a devoted following, while Gristmill is always in the running, this time with The InBESTigators via Robyn Butler.

The one player not from the ABC is a jewel in the NITV schedule – Little J and Big Cuz was created by Tony Thorne, Ned Lander, Colin South and Alicia Rackett from Ned Lander Media, while Mustangs from the imagination of Amanda Higgs, Rachel Davis and Debbie Lee is frankly adored.

I suppose the narrow range of broadcasters makes life less complicated for these producers.

The future of film – shorts

This will be a tough category to decide. The short films nominated in this category are not a practice run for the real world after film school; they are intense distillations of an auteur’s world view. Also, note the role of fantasy and (relatively) light hearted scenarios with lots of dramatic promise.

All Barbara wants to do is watch the Simpsons, but her recent migrated mum has just been overcharged at the local shops, and its up to Barbara to sort it out. As usual.

In a desperate bid for attention, 11-year-old Keira compulsively steals from pregnant women at her local aquatic centre. But her actions put her at risk of losing the only family she has.

‘I want to make a film about women’ is a documentary love letter to Russian constructivist women. It brings to life revolutionary women artists of the 1920s and speculates on what they said, did, and might have created had it not been for Stalin’s suppression.

A young Chinese celebrity is called into an emergency meeting after a fan of his commits suicide.

A young girl, Suzi, who finds a mysterious antique mirror in her Grandmothers basement and accidentally opens a portal into 1940’s Nazi Occupied Poland.

A psychological horror about a young mother, Sarah, who becomes terrorised by a malevolent spirit she believes is trying to take her children. (This film is a first iteration of a feature by proud Wiradjuri and Bundjalung man Jon Bell, who has written for Clever Man and Redfern Now.)

The triumph of the cliffhanger – online gems

Online drama and comedy has created a whole new genre, based at their best on tight episodes and ultra-economical storytelling. Also completely untethered imaginations on tiny budgets. Comedy is in the same category, which can be an unhinged delight.

a bilingual comedy web series about Lillian, a newbie Mandarin interpreter reluctantly caught in tussle of words and cultures during the most unexpected assignments.

A 6 x 6 minute comedy online series offering a candid look into the lives of three 20-something Hijabis living in Bankstown as they endure the unseen everyday culture clash between their faith and desire. These women are strong, smart and sassy – 100% certified.

Set in Perth’s “notorious KGB (Koondoola, Girrawheen, Balga)”, the series follows two rookie detectives, tough guy Jack and gentle giant Nigel, as they deal with the chaos of their new jobs, no-nonsense boss, work rivals, drug dealers and culprits who consistently turn out to be family members. Despite battling their own insecurities at every turn, and the fact that Jack bullied Nigel in high school, these two might just turn out to be KGB’s finest detectives.

Love in Lockdown: from Gristmill,  which is Robyn Butler, Wayne Hope, along with Lucy Durack, Eddie Perfect

Patricia Moore, 16, hunts to feed her cannibal family when they are hungry. When she meets Toby, who ignites her desire to live a normal teenage life, Patricia is challenged by the family’s number one rule… Never fall in love with the food!