Hundreds of videogame demos are currently available to try during the week-long Steam Next Fest, including plenty of titles from Aussie developers and publishers.
Chris Button 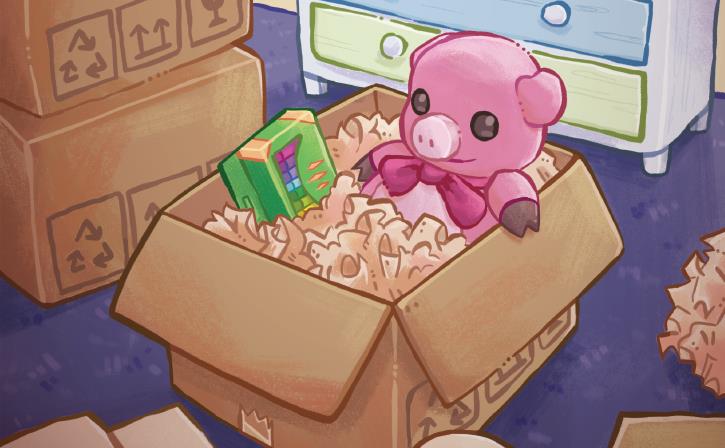 Unpacking is a game you should definitely try while you can. Image: Witch Beam

Hundreds of videogame demos are currently available to try during the week-long Steam Next Fest, including plenty of titles from Australian developers and publishers.

Off the back of a jam-packed weekend filled with videogame announcements during the digital Electronic Entertainment Expo (E3), US-based company Valve–known for Half-Life, Portal, and running the PC marketplace Steam–has kicked off the demo-laden Steam Next Fest, with more demos than is humanly possible to sift through in a week. To help you choose what to try, here’s a list of games made by Australian creators.

The Brisbane-based studio of Witch Beam has done a complete 180 with their upcoming game. After making the decidedly fast-paced and brilliant twin-stick shooter Assault Android Cactus, they’ve opted for the significantly more chill Unpacking, a game about taking objects out of boxes and into a new home.

Unpacking has done the convention rounds for a little while now, including last year’s PAX Online, and it never fails to charm with its adorable art direction and zen puzzle stylings.

Witch Beam also announced recently that Unpacking is coming to Nintendo Switch in addition to the original PC release, which is expected later this year.

From small Melbourne team Ghostbat Games founded by brothers Jim and Ben Batt, Spies and Soldiers is described as a fast-paced strategy game, designed to be played as a two-player digital board game.

With a low fantasy setting, Spies and Soldiers promises simple mechanics intended to provide deep strategic gameplay without the complexity many strategy games involve. This sounds like a great sell for anyone who doesn’t want to get bogged down spending more time reading the rules than playing the game.

Spies and Soldiers is slated for a ‘late 2021’ release.

Over to Western Australia, Perth studio Black Lab Games is working on yet another major global property with Warhammer 40,000: Battlesector. The team was recognised at the 2017 Australian Game Developer Awards for sci-fi strategy game Battlestar Galactica Deadlock, amongst an extremely strong field including Team Cherry’s wonderful Hollow Knight.

Sticking to the team’s strategic roots, Battlesector is a fast-paced turn-based strategy game based on the popular tabletop mini wargame franchise, complete with single-player and multiplayer modes.

Best of all, if you like the demo, you won’t have to wait long for the full game, with Battlesector’s release scheduled for 16 July 2021.

A casual management sim where you… *checks notes* …play as a prisoner selected to run a soda brewery as part of a reality TV series?

Soda Story’s quirky concept alongside its management gameplay looks reminiscent of The Escapists and Prison Architect, with the addition of making sweet, delicious soda.

While perfecting different soda recipes, you’re also tasked with sabotaging competitors’ operations, which sounds outrageous in all the right ways.

Many videogames are power fantasies that see you conquer regions, take down evil corporations, and fight gods. Others give you the role of regional middle manager of the adventurers guild. Fantasy Town Regional Manager falls into the latter category.

Here, in this turn-based city builder, you need to grow a small town into an active hub of adventurers and assorted fantasy folk. Fantasy Town Regional Manager is a roguelite, suggesting some form of progress carries over between attempts to build cities, which could make for an interesting gameplay loop.

Coming from small Sydney team Caps Collective originating from a student project, there’s no specific release window for this one yet.

From indie Brisbane developer Mellow Games, Blueberry examines a woman’s life from start to finish in an emotional narrative-centric platformer. It looks like the game deals with heavy themes such as trauma and depression, and is based on deeply personal themes as discussed by Mellow Games director Mel Taylor in a recent Freeplay talk.

Taylor also co-created the surveillance thriller Orwell published by Australian label Fellow Traveller, which released back in 2016, and received a grant from Screen Queensland’s 2019 Game Finance program to work on Blueberry.

Platformers and similar genres have previously been effective in conveying emotional depth, such as Nomada Studio’s 2018 game GRIS, so it will be interesting to see how Blueberry plays out.

Wow, Len’s Island looks stunning. Following last year’s successful Kickstarter campaign, Brisbane developer Flow Studio went full steam ahead on the action farming game and is currently one of the most popular demos of the Next Fest.

Studio founder Julian Ball told Kotaku Australia that Len’s Island blends the crafting and building elements of Stardew Valley with the dungeon-crawling action of Diablo. While there are other games out there with strong crafting and battle elements like Rune Factory and Valheim, very rarely are all components equal in quality. Len’s Island’s demo will provide a good opportunity to test out how it all works.

On appearances, Len’s Island looks impressive, plus its release is set for the relatively close window of October.

Published by Australian indie narrative game label Fellow Traveller, Kraken Academy is a quirky time-looping adventure from Berlin studio Happy Broccoli where you need to uncover the traitor at Kraken Academy who’s threatening to bring doom upon the world.

It looks wonderfully weird and charming while seemingly playing on anime and visual novel tropes. Kraken Academy is due out later this year, so it will be fascinating to see what the demo offers as a first-up experience into this strange supernatural setting.

Another one published by Fellow Traveller, No Longer Home is a semi-autobiographical point-and-click adventure from Humble Grove, a duo composed of Cel Davison and Hana Lee based in the UK and Japan respectively.

No Longer Home revolves around two recent graduates forcibly separated due to visa limitations, where you explore through everyday interactions what it means to move on from a previous life due to uncontrollable circumstances. With such an intimate and emotive setting, this will no doubt be a tearjerker.

No Longer Home also features strong LGBTQIA+ representation, with two non-binary leads among the cast of characters. Expect to see No Longer Home out later this year.