2020 Screen Music Awards: a virtual dance across the world of feelings

Screenhub revels in the annual Screen Music Awards because the creators are challenged to be daring, to search the world for the rights sounds, and open themselves to such interesting emotions.
David Tiley 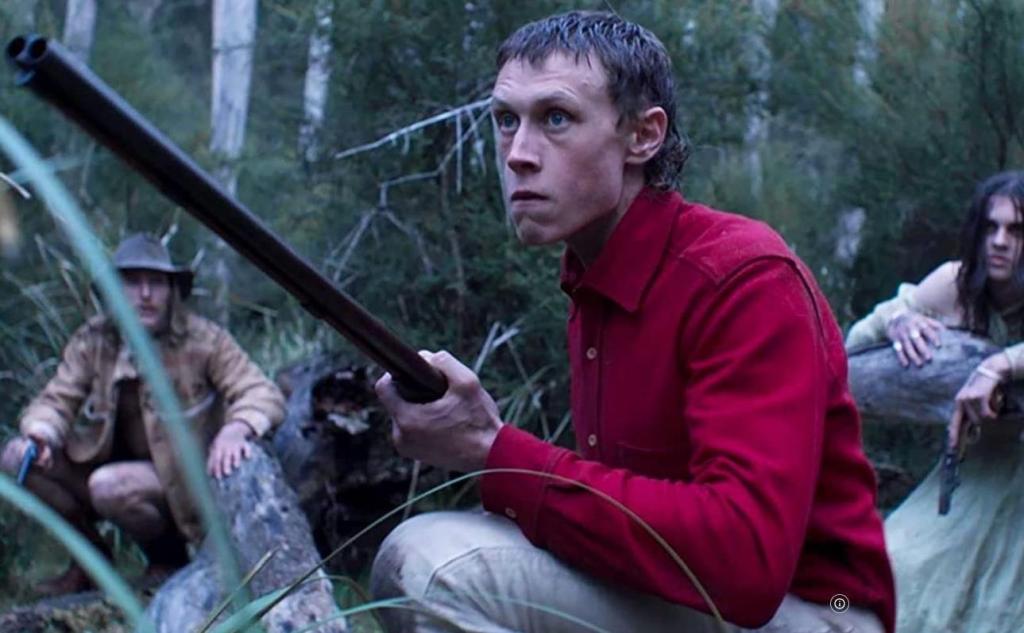 George Mackay bringing his intensity to The True History of the Kelly Gang. Image: IMDB

Always a treat, the Screen Music Awards run by APRA AMCOS and the Australian Guild of Screen Composers (AGSC), went digital this year, but still kept the central thrill of the traditional event.

Jessica Wells pulls together an ensemble of classy musicians and scores the key pieces for the feature film awards, which is a fresh way of listening to the music for the composers. The real event each year has a particular magic generated by a room full of composers and their enablers, coming together, electric with the possibility of victory, their toes curling in unison to the music.

The online version is a lot cooler, but it does mean we can all see the presentations and the performances. Antony Partos livened up the to-camera moments by doing his presidential remarks dressed in safety gear on the grounds that he might finally be able to talk to a senior politician. They are flint hearted about culture but they love to stroke workers.

Let’s start with the bloopers reel:

The entire event, hosted by Justine Clark, Meyne Wyatt and Claudia Karvan, can be played at your leisure, to see how  people responded their award while we pick out some of the highlights.

To our delight, Antonio Gambale won two awards in his first outing as a nominee, for Best Music for a Miniseries or Telemovie and Best Television Theme for his work on Unorthodox. His music for this Netflix breakout series was nominated for Emmies, but he didn’t win. This moment gave us the opportunity to do a lovely interview with him.

The Best Music for a Feature Film went to Jed Kurzel for The True History of the Kelly Gang. To my untutored ear, the music sounds wonderfully inventive and constantly surprising.

The Best Original Song turned out to come from David Bridie and Tom Murray for The Ballad of the Bridge Builders. The song was created for The Skin of Others, produced and directed by Murray who plans wider distribution in 2021. In a story about the project, we described it as:

The enraging and ultimately inspiring story of Douglas Grant, an Indigenous soldier, accomplished draughtsperson, woolclasser, polemicist and attendant at Callan Park mental hospital in Sydney. Taken prisoner by the Germans at Bullecourt in 1917, he and other Indigenous captives were measured and observed by his fascinated captors, who used their ‘research’ as evidence of the racial theories used later to unleash the Holocaust.

The song was performed by Archie Roach, and recreated for the awards night with Ursula Yovich.

François Tétaz, aka Gotye wrote the music for Judy and Punch and used a wonderful mash of modern and historical rhythms and instruments to back Mirrah Foulkes’s reality-bending fairytale. He took out the AACTA award for 2019, but not the best music honour at the Screen Music Awards, to the sorrow of some.

This year he came back to win the Best Soundtrack Album. This is not the most startling piece, but…

Described in the notes as ‘One of Australia’s foremost practitioners of contemporary classical music, Luke Howard has received Best Music for a Short Film for The Sand That Ate The Sea, a project documenting the land, community, and mysticism of Andamooka, an opal-mining town in South Australia. Luke’s minimalist music and director Matthew Thorne’s visuals present a snapshot of the heat of the Australian outback and its communities pending an incoming storm.’

Frequent nominee Amanda Brown was honoured with Best Music for a TV series by creating that sense of long form unity in The Secrets She Keeps, made for Ten by Lingo Pictures. Brown has been loved for a long time as the violinist in The Go-Betweens, polished for the screen by the composing course at AFTRS.

Best Music for a Documentary alighted on Matteo Zingales, for Machine, described as ‘a film about Artificial Intelligence – the most radical new technology of our time’, directed by Justin Krook at Finch for Foxtel.

Scott Langley, a new face this year, won the Best Music for an Advertisement award with his work on a US piece for Georgetown Option, called Eyes Say More Than Words. It is very cute.

And Children’s television? A particularly tough craft. Ned Beckley and Josh Hogan won for an even trickier brief for Thalu, a five part series which ‘focuses on a group of Indigenous children who undertake a journey to save their country from the threat of a mysterious dust cloud and its inhabitants, the Takers, and is an ode to the Pilbara region in Western Australia’. It comes from the extraordinary production group around Roebourne.

Listen to the music behind the extended trailer.

The feature film category was really tough this year. The other nominees can be found on the APRA AMCOS YouTube page. Just to remind you how good the films are as well.

We have an interview with Nerida Tyson-Chew, who won the Award for Distinguished Services to the Australian Screen, which we will run separately.