All the AWGIES did was compare projects in categories. But the message of a different Australia came through loud and clear.
ScreenHub
[This is archived content and may not display in the originally intended format.] 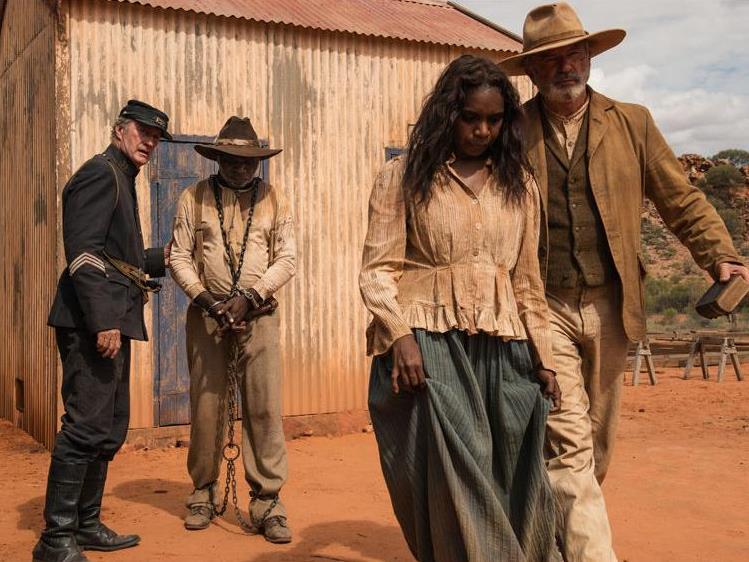 It is not often that an awards ceremony manages to make such an emphatic statement about diversity and originality. The chains of conventionality were locked in a box and thrown into the sea.

The Major Award, once called the Gold Awgie, is the metaprize in which all the category winners are set against each other. There have been many times it has highlighted excellence from less publicised forms, and that mantra certainly falls on this year’s winner.

Lost and Found is a short animation by Bradley Slabe. It already has the Yoram Gross Award from the Sydney Film Festival and uses a wonderful knitted character which is actually driven by a complex ball-jointed metal armature.

His self-penned bio is very funny.

This is an authentic 6’2″ fully poseable 1988 Bradley. Very rare. Functionality still in mint working condition. Made in South Africa, built in Australia. Perfect for writing animated screenplays and picture story books. Now with storyboarding & script editing actions!!! Suitable for audiences 6 and up.

Lost and Found has no dialogue, which enables the AWG to silently make the point that a script is a record of a story, and not a collection of dialogue. The words are not the thing. Bradley Slade provides some lovely material about the making of the short, which we explored here.

Across the night, Indigenous voices and storyworlds kept appearing in the awards.

The Feature Film Original Award went to Sweet Country. Inadequately described sometimes as an Aboriginal Western, it has a lean structure with a minimum of mechanical feels, and is wonderful to watch. Indigenous writer Steven McGregor wrote for Redfern Now, including the telemovie, and the Mystery Road series. In documentary he wrote Big Name No Blanket and Croker Island Exodus.

The other half of the team is David Tranter, highly respected as a sound recordist, who based the film on the story of his grandfather colliding with and adapting to the White invaders in Central Australia.

Feature Film Adaptation went into the backpack of Yolanda Ramke for Cargo, that elevated genre film drawn from zombies about the role of the Black and White communities as Western civilisation collapses in Central Australia. She wrote the film and directed with Ben Howling. Ramke is a Griffith Film School graduate; the film is considered to be an adaptation because it unpacked a viral seven minute Tropfest short with the same title.

Television series or miniseries over four hours went to Michaeley O’Brien for an episode of the Mystery Road series. Which of course is about Aboriginal police stuff in the person of Aaron Pedersen. O’Brien has done a lot of television writing, script editing and script producing after revving up in Blue Heelers during the 1990’s. She grew up in Gulgong, went to Charles Sturt University and then AFTRS- not an ingrained inner city tragic.

Children’s Television P classification honoured Little J and Big Cuz: ‘Where’s Aaron?’ written by Erica Glynn.  This, if you have been living in a laundromat in Paddington is an animated series for NITV about a couple of Aboriginal kids. Just to make the point, here is the trailer.

Television series or miniseries under four hours widens the canvas to urban multicultural Australia. Sunshine, written and created by Matt Cameron and Elise McCredie, is about the South Sudanese community.

This kind of thing could make ministers in the current government go berserk in a screaming mess if they ever watched television in such an appalling place as ABC Me.

The Web Series Award demonstrates why this category is a great doorway into future talent and the new broadcasting landscape. Homecoming Queens could belong nowhere else, dealing as it does with young adults and love and growing up t through the frames of alopecia and early cancer. The writers are Michelle Law and Chloë Reeson; Michelle Law is Asian-Australian; Reeson also wrote an excellent article for SBS about her own experience of cancer. Michelle Law is also one of the lead characters in the series.

The writer honoured in the Best Short Film category is also responsible for the webseries Girt by Fear. This one in Joel Perlgut’s rising career as a producer/writer is called I fucked a mermaid and no-one believes me. It is crowdfunded and nesting on Facebook.

Comedy Situation or Narrative does take us back to pretentious urbanism, but with some of the most joyful sendups we have seen for a long time. The winner is Get Krackin: Episode 7 from Kate McCartney and Kate McLennan, available now only on Facebook.

Documentary – Community, Educational and Training (or otherwise commissioned to a specific brief) has a title that needs an edit because it sounds so dreary, but it found gold inside that parenthesis. Minibeast Heroes is written by Tim Bain, is made for the ABC, is on iView and tells weeny kids about insects. Bain is also a hyphen, described as British-Australian.

Television Serial always brings together hominees who are addicted to popular culture. Winner this year for Neighbours is Peter Matessi, who learnt his craft in that world and has also worked in the UK.

The Richard Lane Award For Outstanding Service and Dedication to the Australian Writers’ Guild is a prize which emphasises that the AWG is an activist organisation, relies on grassroots support and has been doing it for a long time. This year’s recipient, Michelle Offen is a veteran scriptwriter whose talent is threaded through Miss Fisher’s Murder Mysteries, East West 101, Rush, Tricky Business, Wild Boys, Neighbours and Home and Away. She also has credits in childrens’ animation.

The Hector Crawford Award for Outstanding Contribution to the craft as a script producer, editor or dramaturg has another touch of the multiculturals, as it was given to Tony Ayres who was born in Macau. A feature filmmaker and television expert, he is one of powerhouses behind Matchbox Pictures and highly respected for his interrogations of scripts across the industry.

Sue Smith received the AWG’s Lifetime Achievement Award. Starting in TV series, she wrote Brides of Christ, The Leaving of Liverpool, Bordertown and RAN: Remote Area Nurse with her friend John Alsop. She has tended to work on series which are very close to real experience and driven as passion projects by their executives. The Road from Coorain came from an autobiographica novel by Jill Ker Conway, Bastard Boys is the true story of the attempt to break the waterfront unions based on a lot of personal research, and Mabo told the story of land rights hero Eddie Mabo. Even her most recent film, Saving Mr Banks, is based on the relationship between Walt Disney and the creator of Mary Poppins.

As the Guild said in its release,

In more recent years Smith’s pen has turned to the stage, with her professional theatre debut Strange Attractor premiering at the Griffin Theatre in 2009 to critical acclaim. Her stage credits include the libretto for Rembrandt’s Wife, an adaptation of Tolstoy’s The Kreutzer Sonata, Kryptonite, Machu Picchu, and the upcoming Hydra for Queensland Theatre.

Away from screen, the awards are

DAVID WILLIAMSON PRIZE For Excellence in Writing for Australian Theatre