Why women should get the jobs (from the archives) 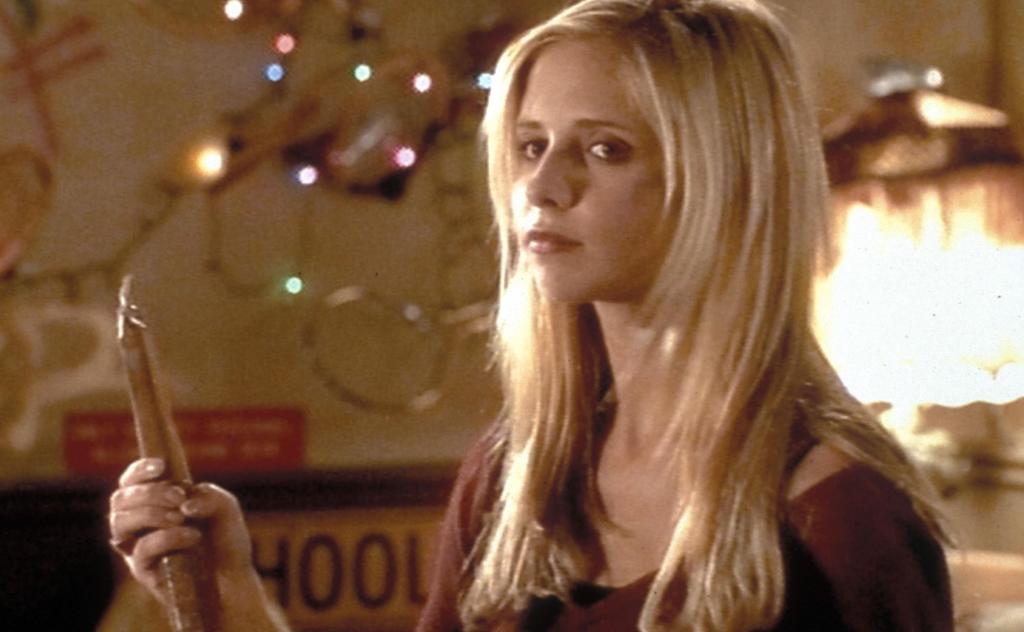 A still from Buffy the Vampire Slayer.

In a recent episode of the television series Mad Men, two advertising agencies merge. Each agency has a single woman on their creative team and one woman is told she’s ‘toast’ the combined agency already ‘has one’. As in one woman. In the scenes that follow, the extra woman is ‘disappeared’ with no mention of her again.

That scene takes place in 1968, but mid 2013, women fill only about a fifth of the jobs in the film industry across all film positions. How can we change that? And why should we?

According to the Motion Picture Association of America, women buy at least half the tickets to movies each year and experts say they probably influence even more ticket sales (as women are the proven movie ‘deciders’ in couples and for children).

Numerous studies show that women control up to 90 percent of consumer spending. Women creating media can and do have special insight into the hearts and minds of this enormous demographic of media and product consumers and should be employed to create it.

We should also change the underemployment of women in film because the female perspective is powerful and entertains and informs both female and male moviegoers.

We must change the landscape of the film industry to equalise opportunities for female filmmakers because it’s good business and it’s good for the film business.

A 2012 study released by Credit Suisse showed that performance of nearly 2,400 companies from 2005 on improved by having women on the companies’ boards. Over a period of six years, the companies that had a gender diverse board outperformed the male-only ones by 26 percent.

Perhaps most interestingly for the ever-stressful film business, is considering how well women perform under pressure, as most of this positive difference was not from boom times, but rather post-crash, fall of 2008. As the report says, ‘Companies with female board members were better at being defensive and delivering results in bad times.’

The study makes points about why gender diversity contributes to success.

Diversity, including gender diversity, can lead to better performance. Professor Katherine Philips at Columbia University is cited as having shown that majority groups improve their performance producing better outcomes in more diverse environments.

Women bring a better mix of leadership skills. The study points to international business consulting company McKinsey and NASA, who have conducted studies on leadership skills showing that women have the edge when it comes to defining responsibilities clearly, and have greater strength in mentoring and coaching.

Catalyst, an international research organization dedicated to improving the status of women and increasing diversity in business makes the argument that women either by nurture or nature are great collaborators, consensus and team builders, inclusive, and look out for group success. These qualities make for great success in film as well as more corporate businesses.

There’s an imperative that makes gender equality even more important in film and media than in other businesses—and that’s that film and television has the power to inform, inspire, influence change and transform the world through storytelling.

As filmmakers, we create change in small and large ways through our movie stories—and what we create is watched around the world, sometimes in places where we cannot physically go or where we have no diplomatic relations.

The way women are treated in a society is considered indicative of the status of human rights in that society and by making movies for, by, and about women we’re not just changing our world of filmmaking through employing more women in film, we’re influencing the world as a whole.

1. When you are in a position to do so, hire more women.

When you find yourself in a leadership position, don’t ever ascribe to the ‘we’ve already got one’ or even we’ve ‘got two’ philosophy. By all means hire the right person for the job and when qualifications are equal go for diversity and equality. Female leadership by film director, producer, cinematographer, production designer, or especially stunt co-ordinator and other traditional bastions of male talent are positive for everyone.

In the film business we pitch and convince constantly and women often work with a majority of men. Men—according to psychologists, seem to be drawn to the quantifiable. If you are a ‘creative’ convince men with numbers. If you’re already a numbers person, look at the proven benefits of employing more women. Be aware and sell the individual qualities of a given woman for a job that makes her uniquely suited for it so that she has the edge over a less qualified candidate.

Here are a few resources:

3. Engage and enlist men to help even the playing field.

For the most part, men want to see women succeed. Ask men mentor you and other  women.

Gender inequality is a business problem as well as a social problem. Most men have a mother, wife, sister, girlfriend, or daughter who is important in their lives, and they want to see these women represented on screen and in the film industry and succeed in life.

Don’t hesitate to ask men to help, arm them with facts, and celebrate them for doing the right thing. It’s not easy to go against the tide, as well we know, and gratitude is powerful. Do the same for women who help women.

4. Make sure female characters have something to do on screen.

When you are telling a story as a writer, director, or producer, make sure female characters have something to do on screen, an identity and purpose beyond being arm candy for the male characters.

Even if you’re making a male action picture, or especially if you are, make sure female characters have basics like names, professions, and personalities. Have the women help move the story forward.

Say something fresh about the experience of being a woman through your storytelling. That’s interesting for women and men. And it broadens our ability to tell stories.

Look at Geena Davis’ research on the impact of the habitual under-representation of women in crowd scenes when casting extras, and how that affects the self-esteem of young girls and the perceptions of boys about women.

Catalyst studies show that when women self-promote they are penalised for it, but when men self-promote, they are admired. Make a fuss over women’s successes loudly and publicly, and help women toward their goals by making introductions and singing their praises—then ask them to do the same for you.

There’s power in numbers so write collective letters and get them published when there’s an inequity. When there’s a round table of exceptional writers or directors during awards season and nary a woman is included, write letters, tweet, call and demand that women be represented.

Women are known as communicators. We lead 63 % of messaging in social media. This communication is being tracked increasingly and there’s power in what we say so use social media.

7. Build a data base and a ‘brand’ and keep your audience engaged by communicating with them.

That audience may eventually help you fund small features through crowd-funding, and can definitely help get the message out when a movie is coming out.

Men who have been mentored by women and have the opportunity to see our talents and learn from us first hand, will be a generation who will be supporters of women.

If you are a financier, finance female filmmakers! Independent production of successful female-led films will convince ‘establishment players’ to change their thinking.

Go to film by for and about women, especially opening weekend. Organise groups of people to go to these films, and talk and tweet about them.

When fewer female-focused films get made, it diminishes staffing of women in the executive suites and on set.

Don’t believe people who claim that women and movies aren’t good business.  We’re great as filmmakers and powerful as movie-goers.

Susan Cartsonis was an executive at 20th Century Fox for nearly a decade, where she rose from script reader to Snr Vice President of Production with films such as Nell, The Truth about Cats and Dogs, For the Boys, Dying Young and Buffy, The Vampire Slayer. Since then she has produced the box office record breaking films What Women Want, Where the Heart Is, Beastly and No Reservations.