From crime families to chosen family, to recommendations from far away siblings, this month’s screen picks are shaped by the people we find ourselves connected to - whether we like them or not.
Jini Maxwell 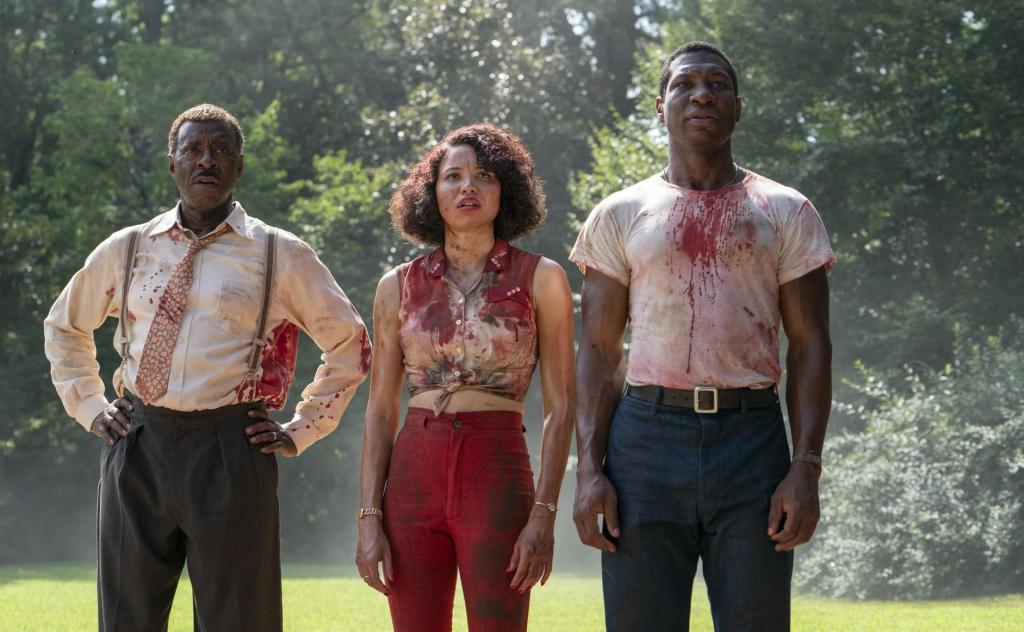 From producers Jordan Peele and J.J. Abrams, HBO’s ‘Lovecraft Country’  takes a hard look at the legacy of the horror genre. Image via HBO.

In a period when so many of us Victorians are separated from family by 5 kilometres, quarantine, or state or international borders, it’s safe to say family is on our minds. So in this month’s rendition of What We’re Watching, we’re giving our relatives their dues.

Whether it’s a high-budget drama about fictional familial elites, a game shared between separated siblings, or a show that confronts a difficult inheritance, these recommendations all revolve around the connections that exist between people, either on or through the screen.

What could be more of a salve, in isolation, than a TV show all about the worst family ever? Head of Business Development Jane Chisholm has been watching MotherFatherSon, a BBC series that centres on a ‘media mogul bastard family’ – a total fictional premise with no real-world analogues, we’re sure.

MotherFatherSon stars Richard Gere as Max Finch, the owner of a media empire that dominates British politics and power. Jane explains: ‘His dysfunctional family comes together when his son, Caden suffers a catastrophic breakdown. It’s a great take on how the giants in media can manipulate governments, as well as everyone else around them.’

That’s not the only drama Jane’s been delving into; she’s enjoying The Halcyon, an eight-part drama series set in 1940s London. The story is framed around a glamorous five-star hotel in the heart of the city during World War II. Jane appreciated the way the series’ depicted London life during the war ‘through the relationships, politics, families and work of the characters, across the social scale.’

As well as the ‘luxury life’ the show offers some insight into a different period, similarly affected by disaster. It’s glamorous, scandalous, and set in the depths of a very different disaster to our own. What’s better than that?

The next on our list is a show that deals with a difficult inheritance: writing horror in the shadow of H.P. Lovecraft’s deeply troubled legacy. ArtsHub’s Performing Arts Editor, Richard Watts, speaks about the new HBO series Lovecraft Country with almost missionary zeal. ‘It’s one of the most immediately gripping shows I’ve seen this year,’ he says.

Based on the 2016 novel of the same name by Matt Ruff, the series riffs off the literary works of H.P. Lovecraft, praised by none other than Stephen King as the ‘horror story’s dark and baroque prince’. Hugely influential, Lovecraft’s works are also deeply problematic. His racism was extreme even for the standards of the day, and it is unavoidable in his fiction, which follows themes like miscegenation, and the ‘dangers’ of immigration.

For Watts, the genius of Lovecraft Country is that it doesn’t avoid Lovecraft’s racism: it leans into it.

‘Told from the perspective of African American veteran Atticus ‘Tic’ Turner and his family, Lovecraft Country isn’t the sort of show where you need to watch three or four episodes to get a sense of where the series is going and its themes are very quickly apparent.’

‘In Lovecraft Country, HPL’s tentacular horrors and alien gods come up against real monsters: the racists and white supremacists of mid-20th century America. The evocation of period is superb, the performances excellent, and halfway through the first episode I was on the edge of my seat. I highly recommend it.’

As the series is only available locally on Foxtel Showcase and their streaming service Binge, Watts also notes: ‘If, like me, you would rather sacrifice yourself to Great Cthulhu than give money to Rupert Murdoch, you can sign up to a two-week preview of Binge for free. That way you can at least get a taste of Lovecraft Country without supporting the loathsome, climate-change denying News Corporation.’

Over The Limit, DocPlay

Alana Morris, Memberships and Classifieds Manager, has been using the DocPlay free trial that comes with a Screenhub membership. She has plenty of recommendations from the platform, including The Amazing Johnathan, a surreal view into the last tour of a dying magician. Her real highlight, however, has been Over The Limit.

Over The Limit is Marta Prus’ latest feature-length documentary follows Margarita Mamun, a Russian rhythmic gymnast and her struggle coming up to the 2016 Rio Olympics.

Read More: What’s Up With DocPlay? An Interview with Paul Wiegard

Alana says, ‘Do yourselves a favour and RESIST the temptation to google her before you start watching! Sit back and let this doco show you the culture of the Russian rhythmic gymnast team and their larger-than-life coaches.’

The documentary is as hair raising as the best scripted drama, following Mamun’s gruelling training regiment, and her seemingly-vindictive coach, and the dark underbelly of the glamorous sport of rhythm gymnastics. Alana says, ‘There are times when you wonder if this is a documentary or a movie; it’s so unbelievable!’

THE LAST OF US PART 2, Naughty Dog

Finally, I’ve been looking for good excuses to stay in contact with my family while we’re not allowed to see each other. We’ve been doing all the normal things: Zoom calls, care packages, sharing media; but what better to bond over than fictional violence?

On my seventeen-year-old brother’s recommendation, I have just started playing The Last of Us Part 2, set five years after the first game in the grim zombie action franchise. Barney Maxwell describes the game as ‘an immersive experience that deals with two complex narratives that are cleverly intertwined with the story from the first game.Throughout the game you switch between playing as Ellie, the protagonist, and the antagonist Abby.

‘By showing both sides of the story, it creates a realistic moral ambiguity rather than a black and white, good and evil narrative. Neither Ellie nor Abby are represented as heroes, but as people who are just trying to survive. The game infers that if their roles were switched, they would both have done similar things to survive, and neither character is morally above the other.’

He praised the game’s ‘visually stunning’ graphics, and the way the gameplay gives players the option to take ‘a less lethal approach, or a more aggressive one.’ Despite the game’s moral complexity, its depictions of violence are stark: ‘Every attack is violent and brutal, and every enemy you kill has a name that their allies can cry out, creating an awareness that every character has a story of their own, and haven’t just been placed there as bots to kill for fun.’

If you, like me, take a perverse solace in delving into the darkness during difficult periods, this might be the recommendation for you. And if not – I’ll see how Barney feels about writing a review of Untitled Goose Game next month.