There's a lot to be said for a series sold to a large international provider in diverse media. Here is some of it.
David Tiley 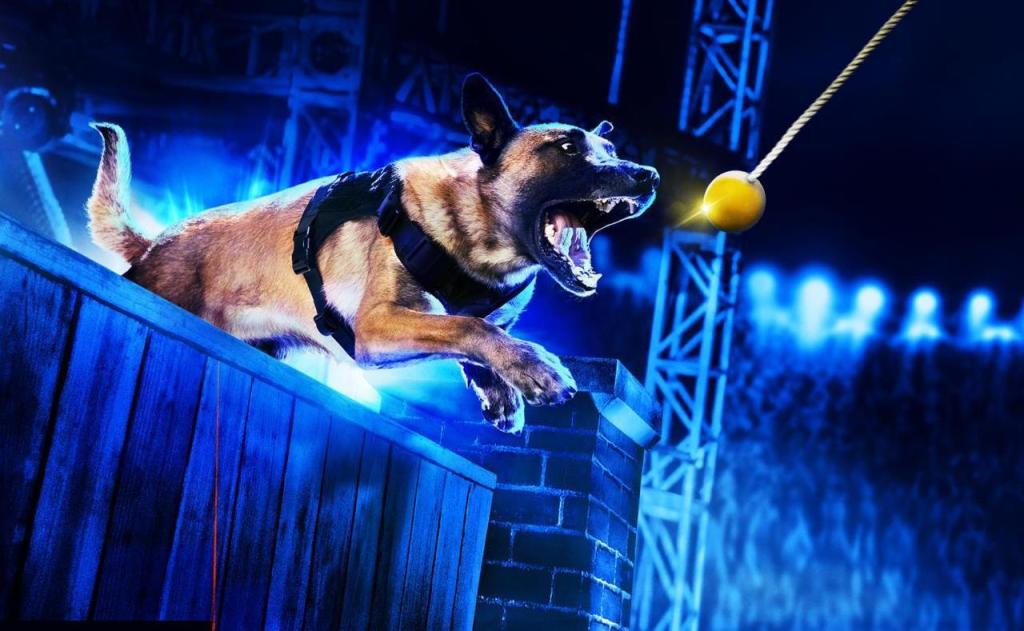 The rise of streaming has created a rich landscape of alternative buyers and production partners, who are now under pressure to make sticky shows and know their own niches very well.

Brad Holcman, the senior director A&E Unscripted & alternative programming, for instance, is an eight year inhabitant of his seat and clearly knowledgeable. He talked through Sixty Days In, in which seven civilians go undercover in prisons for sixty days, even though a prison expert told him that none of these amateur spies would last more than a day.

The Accused finds murder cases in which the alleged perpetrator is pleading not guilty and following them through the trial. The story is full of twists and turns as the evidence goes back and forth between innocence and guilt, while the audience imagines themselves accused for no reason of a crime they have never heard of.

Best of all is probably America’s Top Dog which is a high octane version of agility competitions. Surprisingly the network feared that dog agility is boring despite its international popularity and the flood of poochy youtube clips. The solution? Police dogs and their handlers, which proves that even a dog show can be given an edge of crime. His long term plan is to take the cop dog out of the formula and get ordinary people to train their animals to run the mazes.

From the UK the AIDC revealed Victoria Noble, the vice president of original content and factual at Discovery UK. She is extending the audience beyond the traditional male skew.

She has dealt with Australians on both Outback Opal Hunters and Aussie Gold Hunters. The key is ordinary people obsessed with an understandable quest for really high stakes like an enormous seam of opal. The team obligingly has a woman and screams and yells with joy in the wormhole in the desert where they seem to live.

‘What is superexciting to me,’ she said, ‘is that you can create content here in Australia which is travelling globally. We’ve got probably two hundred hours plus.’ That includes Outback Truckers. She likes the joy and relatability of the characters and pointed out that most Brits have relatives in Australia and still feel a bond.

‘We come to invest in our producers,’ she acknowledged. They commission long runs, and tend towards the tough job space, but that is obviously just the beginning since they do motoring shows and travel as well.

The central character is crucial for Discovery. She showed a clip of Big, hosted by Richard Hammond putting himself way out of his comfort zone so he can suffer in public and test his aplomb. Even dangling wth the window cleaners on the side of the world’s tallest building was all in a day’s work though he was obviously terrified of heights.

BEST WAY TO PITCH?: Top line on the idea in an email.

Adam Neuhaus is the director of development for ESPN Films responsible for documentary series and podcasts based on sport and focused on the human side of heroes. The Americans have an endless stream of top flight sport and the network has discovered that documentaries do extremely well even though they may be very long and really meticulous.

They are determined to work with fantastic characters and see them in a slightly different way, leaving the audience feeling they have gone beyond hagiography and seen a new facet of a familiar story. They are doing Lance Armstrong for instance, which started when a producer offered them new archival, they discovered that Armstrong is still prepared to talk, and they found a feisty combative interrogator who was good at confronting bullshit and would not fall for his tricks.

‘A lot of times,’ he said, ‘we’re looking at a historical story that is at a minimum ten or fifteen years in the past. We think that the time and distance helps us understand what really mattered. How did this create impact, what unforeseen consequences happened? Are the main characters able to say something different now from what they said at the time?’

CURRENTLY LOOKING FOR: Looking for projects that touch sports, competition, athleticism and adventure.

The most important insight, which they shared vehemently, is that they stand between the world and levels of beaucracy above them. Their job is to make a decision to commit, and then work with the producers to build a case which will hold as it goes up the command chain. That means a number of different stakeholders responsible for marketing, audience, branding, image, timing, scale, investment, risk and value to the international network.

Also, the gatekeeper can get fired if the project fails.