Publishers and film sets are ramping up security as it becomes harder to avoid spoilers.
Emma Clark Gratton
[This is archived content and may not display in the originally intended format.] 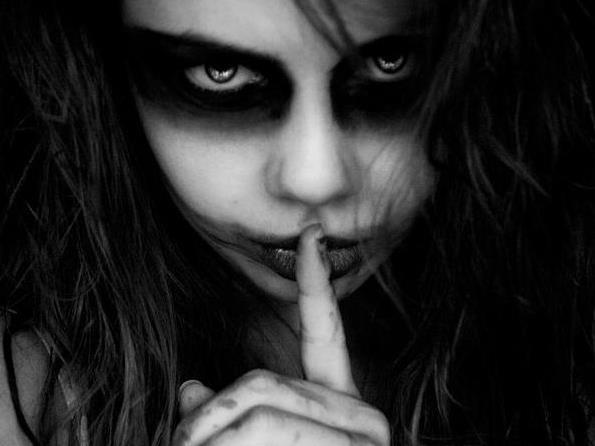 We’ve all been in a conversation with someone who has already read the book or seen the show you’re watching and who destroys your experience with a casual, ‘Are you up to the bit where…?’

Short of putting our hands over our ears and shrieking, avoiding the internet, television and other people until you’ve finished, avoiding spoilers is hard work. In a world of Netflix marathons and binge-watching into the wee hours, it’s hard to avoid a careless colleague casually mentioning the end of Breaking Bad or Game of Thrones.

But in the film and publishing businesses, spoilers are not just a social faux pas, they are the release of trade secrets. . The frenzy surrounding new Harry Potter releases led to presenter Jono Coleman being sacked after revealing the end of the final book on morning television program Sunrise, just days after the fifth book was released.

But he wasn’t the worst offender. An anonymous troll hacked into an electronic billboard on a UK motorway with the message, ‘Snape killed Dumbledore’. For people you really hate, there’s even an app that can send anonymous Game of Thrones spoilers via text message to a number of the user’s choosing.

Avoiding spoilers is a cardinal rule for reviewers and contemporary commentators, but is there a statue of limitations? Some of the most dramatic plot twists come from classics such as Soylent Green (1973), Psycho (1960), and House of Wax (1953) and have become fodder for comedians.  Charlton Heston’s famous ‘Soylent Green is people!’ line has been parodied widely on shows like The Simpsons and Saturday Night Live, as has ‘I see dead people’ from The Sixth Sense and The Empire Strike Back’s ‘I am your father’, spoken in a Vader-esque voice.

Publishers and film companies strive to keep plots under wraps for as long as possible, employing security and secrecy measures that you might find in a spy thriller. The cast of recent release Captain America: Civil War had a very strict security protocol. As Elizabeth Olsen, who plays Scarlet Witch, told USA Today, ‘When you get the pages that you’re filming that day, you’re not allowed to take those home with you. They account for everyone at the end of the day and then they shred it.’

Even films based on books which are freely available to borrow from the library are kept under wraps: each script of The Hunger Games trilogy had slightly altered words, making it easier for the studio to find where the leak came from, while the cast of Pacific Rim could only read their scripts on an iPad that auto-deleted the script after a certain amount of time.

On the set of The Empire Strikes Back, actor Mark Hamill, playing Luke Skywalker, heard the fake line: ‘You don’t know the truth: Obi-Wan killed your father!’ instead of the famous revelation about Darth Vader’s true identity. The other actors and crew had no idea until they saw the final cut with the dubbed line ‘I am your father’. The famed Dallas episode revealing who shot JR was locked in a vault, and multiple endings were filmed with the correct ending added just two days before the episode was aired.

The notoriously pedantic Alfred Hitchcock attempted to purchase all the available copies of the original Psycho novel by Robert Bloch, to make sure no one else read it before he filmed his own version. The movie was made in total secrecy, and he recorded a voiceover that played as people left the theatre in which he personally pleaded with them not to mention the movie’s ending to anyone who hadn’t seen it.

The Wall Street Journal reported that filmmakers have been using code names for certain high-profile movies as far back as the 1980s. Back to the Future Part II was called “Paradox” while Return of the Jedi was code-named “Blue Harvest.” The process continues today. The 2012 superhero blockbuster Avengers was known during development as “Group Hug.”

The latest Star Wars film saw Disney and Lucasfilms go to great lengths to stop leaks. Scripts were printed on bright red paper to prevent photocopying, the tie-in book and soundtrack were both released after the film and even the toys were delayed until after the film had been available for a month.

But as streaming services and illegal downloading sites become more ubiquitous and sophisticated, studios and publishing houses are going to have to work harder to keep their plots under wraps. Or take a cue from the music industry, which has been dealing with leaked albums for years. Dominic Flannigan, co-owner of independent label LuckyMe, told FactMag that ‘basically every single record’ released will leak. ‘It’s a complete fact. I don’t understand the news stories. The ones we talk about are simply the anticipated releases people are looking for,’ he says, adding that he warns all LuckyMe artists to expect their record to leak four to six weeks before release.

The same zipped-lip techniques are used in publishing. Fans​ searched through JK Rowling’s trash and attempting to bribe security guards at the factory where the books was printed.

But the handful of people who had access to the book understood the importance of keeping it under lock and key. ​

When Rowling’s agent Christopher Little was ready to deliver Harry Potter and the Order of the Phoenix to Bloomsbury chief executive Nigel Newton, they meet in the obscure Pelican pub in Fulham for a drink, in circumstances of extraordinary secrecy. Little was carrying a large plastic bag containing the manuscript, and in a classic dead letter drop move, Newton picked up the bag when he left. He took it home and replaced the cover with that of another manuscript so even his wife didn’t suspect anything, before reading it in one night and delivering it to editor Emma Matthewson’s house, which had been bolstered with extra security systems.

British intelligence agency GCHQ even became involved, informing Newton of a suspected version of the book found online, which later turned out to be a fake. When asked about their involvement, the agency wryly told British media, ‘We do not comment on our defence against the dark arts.’