Sort the whole family out with our streaming and movie guide for the school holidays.
Silvi Vann-Wall 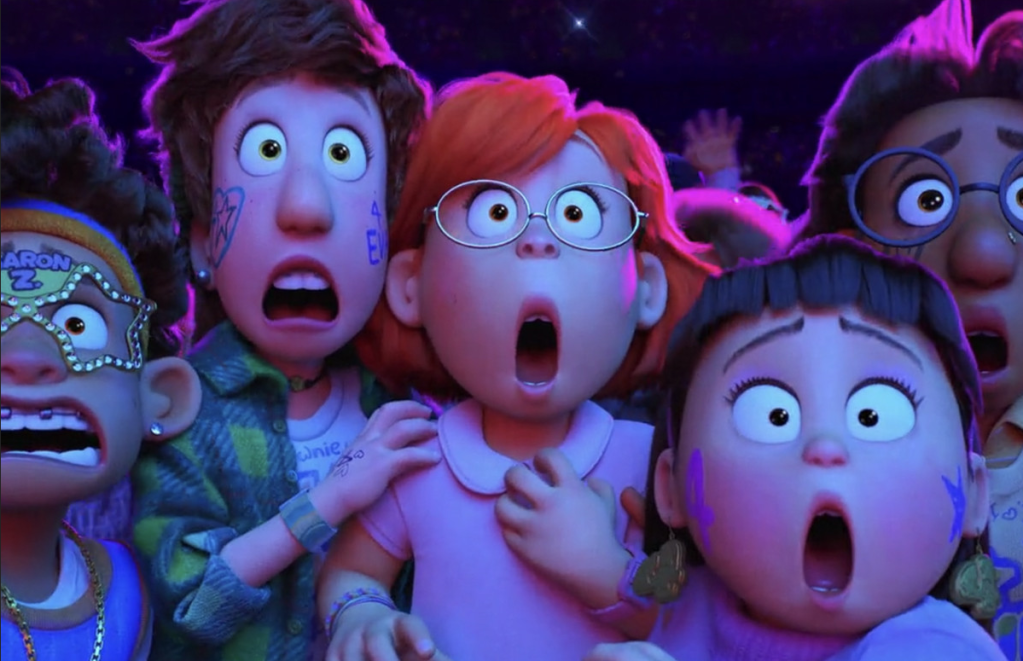 It’s autumn, daylight savings is over, and the school holidays are upon us once again. Whether you’re dreading the break or buzzing with excitement, here are a few things you (and the kids in your life) can watch to help you through.

CoComelon on Netflix. Spawning from the Kids YouTube phenomenon, CoComelon is a 3D animation that combines traditional nursery rhymes and original songs to teach young children the alphabet, numbers and all the other essentials. It’s been touted as extremely pacifying for babes.

Bluey on ABC iView. Unless you’ve been living under a rock, you’ve probably heard of Bluey. Thankfully, the ankle biters don’t appear to ever tire of it. It’s actually really enjoyable for adults too – a true rarity in kid’s media.

Encanto on Disney+. This Oscar-winner is appropriate for most ages and is full of catchy songs that won’t leave your head for weeks.

Turning Red on Disney+. Mei Lee is a 13-year-old girl torn between being her mother’s obedient daughter and a chaotic, carefree youth. As if that were not enough, when she gets too excited, she turns into a big red panda.

First Day on ABC Me. This groundbreaking series is about Hannah Bradford, a 12-year-old transgender girl, who begins her first year of middle school while trying to live as her authentic self.

One of Us Is Lying on Stan. Based on Karen M. McManus’ novel of the same name. Mystery surrounds Bayview High when five teenage students walk into detention and only four walk out alive, leaving one dead just as he was about to reveal life-changing secrets about the others in a gossip app.

MoonKnight on Disney+. The latest entry in the Marvel streaming universe, starring Oscar Isaac. When Steven Grant, a mild-mannered gift-shop employee, becomes plagued with blackouts and memories of another life, he discovers he has dissociative identity disorder and shares a body with mercenary Marc Spector.

Our Flag Means Death on Binge. My personal favourite, and THE break out hit of the season! Stede Bonnet trades in his lavish life for one of a buccaneer, captaining a pirate ship.

Rabbit Academy. At the Rabbit Academy, sneaky rabbit Leo begins working with the foxes to destroy Easter once and for all. Now, Easter rabbits Max, Emmy and their friends must team up to stop him.

Sonic the Hedgehog 2. Sonic is eager to prove that he has what it takes to be a true hero. His test comes when Dr. Robotnik returns with a new partner, Knuckles, in search of a mystical emerald that has the power to destroy civilizations. Starring Idris Elba for some inexplicable reason.

Morbius. Dangerously ill with a rare blood disorder and determined to save others from the same fate, Dr. Morbius attempts a desperate gamble. While at first it seems to be a radical success, a darkness inside of him is soon unleashed.

The Batman. Robert Pattinson is Batman in this noir reboot, which focuses on the caped crusader’s detective origins. You’ve probably seen it already, but it deserves a rewatch.

RRR. Two legendary revolutionaries venture away from home and start fighting for their country in this Indian tale set in the 1920s.