Resisting performative activism in the arts

‘We need to push organisations to change how they form relationships.’ Image: Shutterstock.

Over five weeks, contestants would compete to ‘promote their causes, with their success measured via online engagement, social metrics, and hosts’ input’.

It is known that capitalism co-opts; that it guts movements of revolutionary power by integrating them into its profit-driven structure. Thus, it’s unsurprising that such a dystopic iteration of reality television was thought to be a good idea. It struck a nerve and there was outcry across social media platforms. As Contributing Politics Editor at Teen Vogue Lexi McMenamin put it:

you’re too late, you don’t get it, and you don’t even merit a hate-watch.

For those of us in the not-for-profit world of the arts, particularly anyone working at the intersection of arts and activism, the neoliberal focus on individualised action and competition was all too familiar. For years, we’ve been dependent upon a relentless cycle of grant applications, competing over shrinking funding pools. We’ve become begrudgingly adept at making the most of our financial precarity.

In Australia, there has been a push toward embracing an American-style philanthropic model of funding. That is, to increase our funding from wealthy private donors, ideally leading to philanthropy forming the bulk of our arts budgets.

While these pressures increase, arts organisations are under further pressure to meet certain targets: diversity targets in particular. As the movement for organisations to better represent and include marginalised communities has rapidly grown over the past decade, funding bodies have responded with targets.

Activism that demanded cultural, structural shifts has translated into incentivised change. Almost all funding bodies collect depersonalised data on demographics from funded organisations, groups and artists. On the surface, this is great: of course there ought to be more opportunities for improved representation and inclusion in the arts. Any reluctance to move toward change is challenged by tying targets to funding (and no-one wants to lose their funding).

However, guidance on how organisations should engage with marginalised communities is still struggling to translate in structural changes. It is not enough to write ‘people of colour, Aboriginal and Torres Strait Islander, and LGBTQIA+ people encouraged to apply’ on open calls for artists and wait for the diversity targets to roll in.

Quite often, I would receive questions from emerging artists in historically marginalised communities, confessing they don’t know how to write an application or where to learn. Young artists who have support from more established artists or arts workers, or have been through the university system, develop the kind of language needed to formulate a successful application. Despite organisations trying to undo the language barrier of ‘artspeak’, the application process itself remains an ongoing structural issue to how arts organisations attract emerging artists.

Writing the application is only the first barrier. Subsequent challenges emerge in engaging with organisations that state they desire inclusion and representation, yet have still not unpacked the structural racism that exists within their workplace. Signalling in writing or in speech that you’re anti-racist is entirely different to being anti-racist – that is, to doing the work to create workplace cultures and policies that safely accommodate BIPOC artists once they’re on the inside.

Often, BIPOC artists are left to be the ones who adjust, to figure out how to navigate structures that weren’t designed with them in mind. Australia’s artistic culture still sits within the legacy of preserving the supremacy of White/European artistic culture and artists through the way it programs, speaks and organises.

Because of this, artists can be placed in unsafe situations despite ‘best intentions’ or diversity targets; they can be overtly and covertly pressured to stay quiet or risk becoming seen as the ‘problem’ if they speak up. In the delicate ecosystem of relationships that is the arts world, speaking up is not taken lightly. It can result in losing funding and opportunities, being seen as ‘difficult’ to work with.

In such a climate, organisations can perform inclusivity and tick funding targets, all while avoiding undertaking the necessary self-interrogative and structural work needed to become a  genuinely safer place for all artists.

That being said,  it’s worth acknowledging the ways in which the push for representation has created opportunities for artists of colour – changes are happening, structurally too. Yet, further shifts need to be undertaken.

As a former youth worker who stepped into the arts world, I bought my lens of community development to my work in the arts. I saw that community outreach and engagement could be a way for arts organisations to pivot away from performativity and take action.

On a simple and practical level, this can begin with inviting. Instead of passively waiting for applications to arrive, invite BIPOC artists in. When a community has been historically excluded, it is not enough to open the door and wait for people to enter. The space wasn’t initially built for them and they weren’t previously included, so why would changing the sign from ‘Whites Only’ to ‘Everyone Welcome’ create structural change?

Organisations – and by that, I mean staff employed by the organisation – must develop meaningful community connections to be able to explicitly invite artists to be included in their programming.

This can be achieved by:

There’s this idea that the Open Call is a democratic process that allows any and all applicants to apply, thus bringing in a diverse range of applications. Yet, behind the scenes, arts organisations often bypass their own process to make decisions to program people who haven’t gone through usual processes. Sometimes it’s to fill in a gap in the schedule, sometimes the Artistic Director is particularly enthused by an artist’s work and makes space for them, and many times it’s simply because it’s a friendship/they’ve worked together before.

We all know the arts runs on relationships, and we also know these relationships are made in bubbles. We need to push organisations to change how they form relationships, to encourage staff to get out into communities and invite people in.

Oftentimes, people don’t even know these opportunities are out there because they’re not connected to the bubble of the arts world; they don’t have the relationships that will lead a friend to message them a notice, to give them the contact details of a producer or meet an artistic director at an event.

This is where the Open Call still functions as a gate-keeping service, allowing organisations to use the facade of equal access: often advertising to a small pool of artists familiar with the organisation and its work, while still exercising final decision-making power where decisions are often led by mostly white senior staff or selection committees.

REACH OUT, NOT UP

While anti-racism training is important for critical understanding, the most meaningful expression of anti-racist commitment is through relationships; it is the hard work of building trust, receiving feedback, and changing for the communities we become connected to.

Without connection to community, marginalised communities continue to be tokenised, existing as abstracted diversity targets. Yes, the will to include is there, but the question of what to do once a person, or people, are in is where the faltering begins. Artists are thus included, but can fail to experience the structural change needed to bring about the necessary safety to access, build and create their artistic careers.

Community outreach is work: it requires attending events and meeting people. It is about taking risk and re-evaluating what ‘art’ is. It is about a commitment to the long-term investment in relationship-building. It is about sitting with discomfort, and learning.

Yet, it is fruitful. For the time being, as arts workers, there is little we can do to change how funding is allocated but we can change how we interact with the communities tied to funding targets. What is treated like tedious data-collection and box-ticking exercise could be translated into cultivating meaningful opportunities for emerging artists, particularly in building relationships with community groups not represented in the organisation.

Turning our focus wide, rather than up – to see the community around us, rather than the funding bodies above us – can help us rework our priorities, while still meeting the demands of our funding contracts.

The arts could be a much more radical, political space that pushes against the pressures that gut cultural spaces of political power and shackle them to a mindset of scarcity and ruthless competition. While The Activist is no longer going ahead in its original format, that brief storm was a reminder that we don’t need another individual cos-playing hero.

We need community. We need genuine connection, investment in relationship-building with local communities and a commitment to structural change by questioning long-established processes and asking, ‘how can we do this differently?’ By starting small and connecting to the community around us, arts workers could better participate in this crucial political work and perhaps, turn their targets back into people.

Lamisse (she/her) is a writer, poet and creative producer. In the past decade, Lamisse has held various roles across youth work, community development, media and the performing arts. Lamisse’s first book, a literary memoir, will be published by Pantera Press in 2023. Co-authored with her father, it reflects on the journey to free her father from prison after his arbitrary arrest in Egypt. She holds a Bachelor of Arts (International Relations and Governance) from the University of Sydney. Lamisse is represented by Zeitgeist Literary Agency and currently lives in Vienna, Austria.

This initiative is supported by Diversity Arts Australia, made possible through funding from Create NSW and the Australia Council for the Arts.

Instead of announcing an arts policy prior to Saturday’s election, the ALP has pledged to develop a national cultural policy… 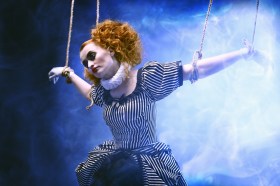 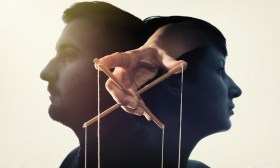 Identify those things that are within your control and those that are not.