Designers for the screen can have an anxious but ultimately satisfying time. This is what it looks like from the inside.
David Tiley 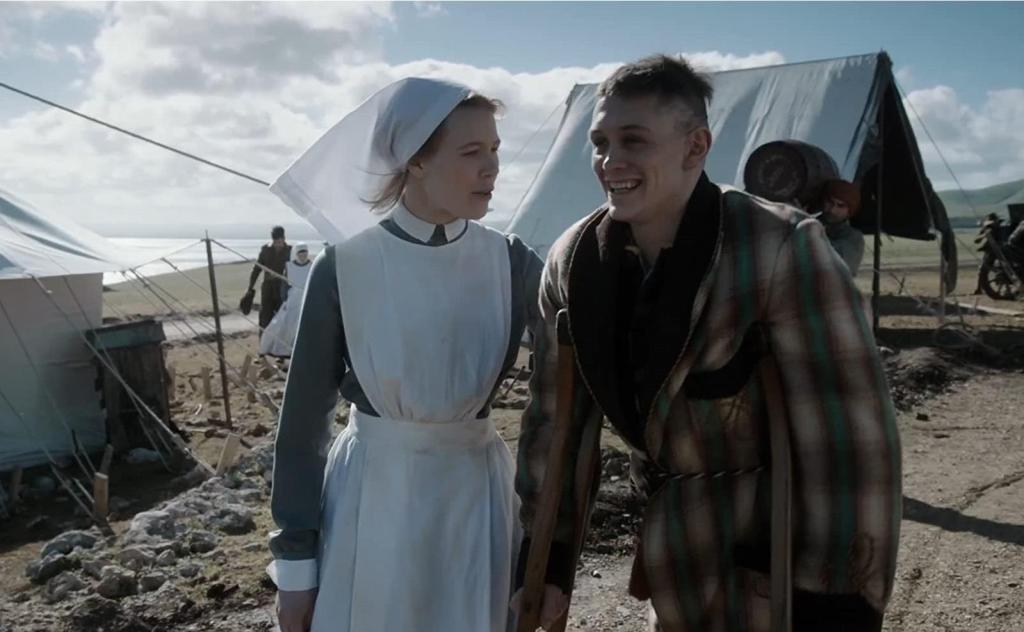 Since COVID struck, veteran production designer Scott Bird has been sheltering in his large rambling house stuffed with his collections. This is not eccentric, even though he hunts for artefacts as varied as historic Australian pottery and Danish stainless steel, along with books on drawing, on surfaces, on 1940’s photography and the drafting work for other film sets.

‘It’s only now as I as I get older, I realise that some of the process work for achieving it can be incredibly beautiful as well,’ he says.

All this inspiration is meticulously curated. With pools of light and shining rows of shelves, it would be a cinematographer’s delight.

He never thought that vegetarianism and a good garden would be a survival strategy, but now he has been tipped out of a mothballed production run by a Special Purpose Vehicle, a class of company which the JobKeeper system doesn’t recognise, and has wrestled with JobSeeker as well. His partner’s cafe has also closed down, and their modest eating habits may turn out to be a blessing.

I found Scott Bird through the Australian Production Designers Guild, of which he is an active member. His work is a wonderful discipline because it brings such artistry to the ordinary world, and gives everything colour and shape and meaning and consequence. In reality his job is to fake everything and make it fit the story.

‘My cunning is to turn cardboard into anything you want it to be. Cardboard is marvellous,’ he says, happily. ‘When I work as a designer, I rely on my construction manager and the head scenic artists as well as the art department in the physical side of building things. The set decorator fills it once it is built but I am collaborating with the scenic artist to turn those incredibly basic materials like plywood and pine into whatever…’

He started as a graphic design student at Swinburne in Melbourne. ‘I sort of decided in my third year that I didn’t really want to be designing chip packets and annual reports. So I went across to my friends in the film school.’ He designed student sets and never went back to two dimensions. At the same time, the Australian Film Television and Radio School (AFTRS) started a production design course in Sydney and Swinburne sent two students up. They thought he was a trouble-maker.

‘It was a massive learning curve for me,’ he says, ‘because we were graphic designers in the same class as people from the Sydney College of the Arts. They did interior design so they could draft beautiful drawings and we had no idea what a technical drawing was. So we had a crash course in drafting.’

He became a staff designer on a commercial network, including three seasons on The Price is Right turning inches into centimetres on designs from the show’s owners in the US. He was sickened by the amount of waste and left the industry to do a postgraduate diploma in museum studies which took him to London and happy years on exhibitions. That explains his curated house.

In 1997 he was offered a job back in the screen sector. He was edging into production design but it was a solitary profession and he had no role models. ’I quickly understood I didn’t really know enough about being a designer so I went back to being an art director for good designers so I could actually learn what it was that designers do.’ Around 2000 he worked for both Chris Kennedy and Roger Ford, both legends in that small world, while the retreat and rebuild took around five years.

From Spielberg to Underbelly

By 2010 he was an art director on The Pacific, in which Spielberg executive produced US$200m on six episodes which kept Bird working for eighteen months. ‘They didn’t want film people, they wanted television people because they consider television people to understand fast turnaround series, which stood me in good stead.’

The Pacific was a wonderful job. ‘Never again will they build something in that way. It was expansive. I designed whole villages that were never even built, they would never make the script in the end and stuff like that. But it was a combination of research and enthusiasm and collegiate collaboration that was fantastic.

‘It restored my faith in the industry and encouraged me to go on to bigger and better things.’

Since them, Scott Bird has ridden the steady improvement of production values in Australian television. As he observes, ’I think television has become more seriously considered in terms of its look, its directorial skills and its production and design skills. We’ve sort of come up to their level.’

He worked on Anzac Girls, Janet King, House of Bond, Pine Gap and Squinters, along with pacy commercial series like Rescue Special Ops and a late series of Underbelly as art director.

To explain the nitty-gritty of his work, from initial vision to hustling the price of hessian at $7.99 a metre, he wrote a piece for Screenhub describing construction work on Escape from Pretoria, shot in South Australia, financed as a UK-Australia coproduction about a real life prison escape in South Africa [and now running on Google Play, Apple TV and YouTube]. Aside from one wall, the old stone and brick corridors were nothing more than plaster. The Political Prisoner Cell Wing started as open space with a few piles of bricks and meticulous plans at the old Holden Factory site in Elizabeth, to the north of Adelaide.

A set was built for this and the Administration corridor with all its gates, to facilitate the practicalities of shooting. The cells were all designed with floating walls and ceilings so that Francis Annan, the director, could get the shots he needed. There was even facility to ease the walls in and out to alter the perception of the cell size, bigger and empty at times, and small and claustrophobic at others.

During all the stages and processes, you have to keep the final result uppermost in your mind and trust that all the steps will eventually add up to the desired result. You have to keep track of where you want the set to end up during these messy, ‘dark’ times of the build. It often feels that there are ever more problems and not enough money, people and time to get there… But a great construction and scenic art team will always have the final product in mind and try to achieve all your tiny details and requests.

Here is the beginning and then the corridor in a shot.