Outdoor cinemas across Australia? We’ve got you covered

Pull up a deckchair, plaster on the bug spray and stay safe with an outdoor movie night this summer.
Silvi Vann-Wall 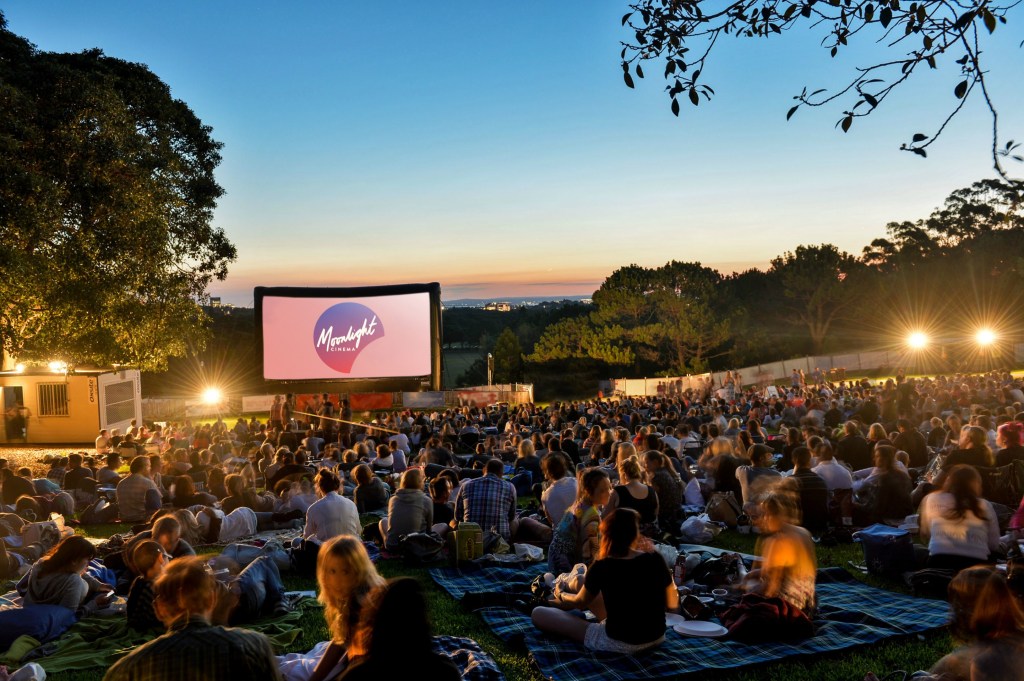 Where the stars on screen meet the stars in the sky. Image: Moonlight Cinema, Sydney/ Ken Butti.

Going to the cinema – a fairly small, audience-dense room – can be daunting for some in the COVID era. An outdoor cinema, complete with beanbags, picnic rugs, and a view of the moon, offers a breathe-easy alternative. Below is a list of outdoor cinemas currently showing films.

Lucky Melbournians have the cream of the crop of outdoor cinema in 2022, with tonnes of films currently screening across several locations. Knowing what Melbourne weather is like, you might want to pack sunscreen and a coat.

Read: MIFF Film Review: Ablaze reframes our artistic past with affection and passion

Sydney film-goers have lots of variety when it comes to outdoor cinema. Rolling hills? Check. Views of the harbour? Check. The latest blockbusters? Check and check.

The Sunset Cinema returns to Canberra with beanbags, drinks, and popcorn-aplenty.

An Academy Award contender, Spielberg’s remake of the 1961 film (itself based on a Broadway musical) tells the story of a modern day Romeo and Juliet who are involved in New York street gangs. On the upper west side, two gangs battle for control. The situation becomes complicated when a gang members falls in love with a rival’s sister.

Queensland’s less forgiving climate means the summer outdoor screenings are slim (Moonlight cinema is still a staple, though). Keep an eye out for potential ‘floating’ cinema showings at Wet n’ Wild later in the year.

Licorice Pizza is the story of Alana Kane and Gary Valentine growing up, running around, and falling in love in the San Fernando Valley, 1973. Written and Directed by Paul Thomas Anderson, the film tracks the treacherous navigation of first love.

Adelaide has a nice little mix of big public screenings and more boutique options. While Moonlight Cinema’s 2021/2022 season has already ended, there’s still a chance to catch an outdoor flick at the below locations (all are family friendly, too).

As Darwin’s wet season is in full swing, outdoor cinemas are closed, with indoor air-conditioned alternatives in their place. The much-loved Deckchair Cinema re-opens later in the year.

Showing 27 February and 13 March at Flix In The Wet, BCC Causarina.

An inspiring documentary about a young Nepalese woman’s transformational journey from subjugated wife to documentary filmmaker. Belmaya is desperate for independence. When a chance to train in documentary filmmaking presents itself, will she find the courage to pick up the camera?

Perth has a bevy of outdoor cinemas in almost every corner – so if you’re on the west coast, check out the guides below to plan a refreshing night out.

A stage actor and director accepts to direct Uncle Vanja at a theatre festival in Hiroshima. There he meets an introverted young woman appointed to drive his car. In between rides, secrets from the past and heartfelt confessions will be unveiled. Based on a short story by Haruki Murakami.

Hobart icon the State Cinema is putting on a couple of rooftop sessions, complete with stunning views of Mt Wellington – but you better get in quick, they won’t be on for long.

The marriage between Princess Diana and Prince Charles has long since grown cold. Though rumors of affairs and a divorce abound, peace is ordained for the Christmas festivities at the queen’s estate. There’s eating and drinking, shooting and hunting. Diana knows the game, but this year, things will be profoundly different. Starring Kristen Stewart in the titular role.