Who are the frontrunners, and who missed the cut, for the 94th Academy Awards?
Grace Boschetti 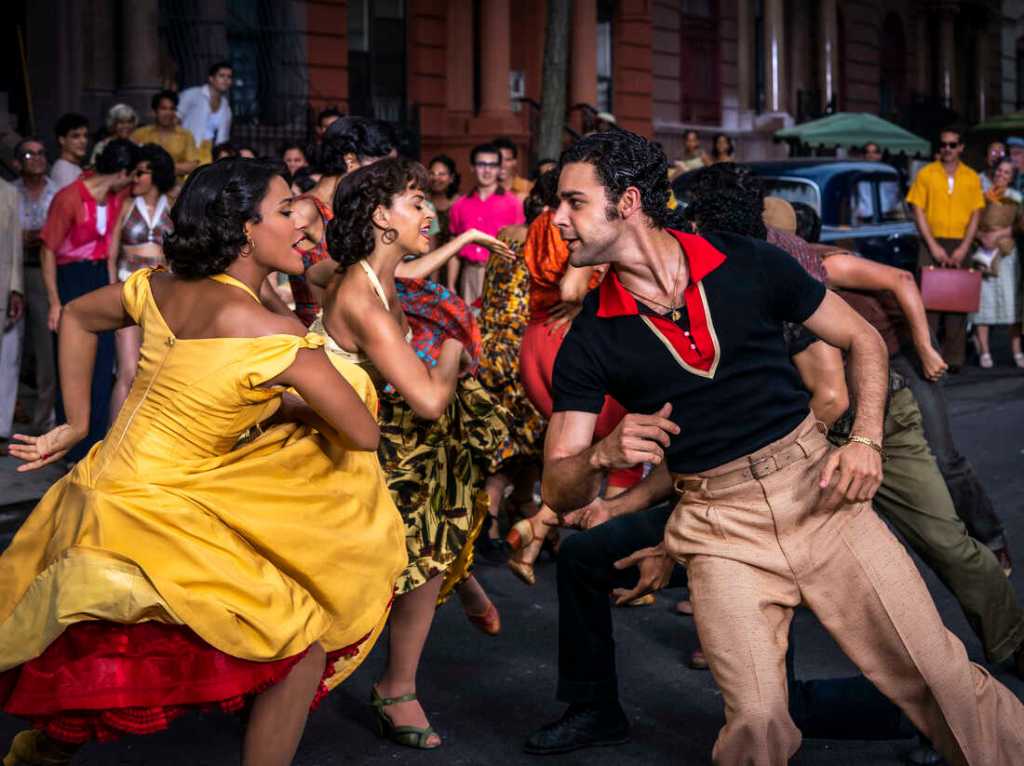 When the 94th Academy Awards take place in LA on the evening of Sunday, 27 March 2022 (and Monday 28 March AEDT) they could offer a significant win for streaming services over cinema. They will also highlight, as per always, certain biases and oversights, not least the gender balance in the coveted Best Director category.

But first, on streaming …

In just four years, Netflix has campaigned seven films to a Best Picture nomination. With The Power of the Dog, Jane Campion’s masterful slow burn neo-western, the streaming giant has its best chance yet of walking away with the win. That is, if a certain other streaming service doesn’t beat them to it.

While Belfast has seemed the likeliest spoiler from that group since it first won the People’s Choice Award at the Toronto International Film Festival, Siân Heder’s Sundance sensation CODA seems to be peaking at exactly the right moment.

The first ever Best Picture nominee from Apple TV+, CODA offers a pleasant, straightforward story about an aspiring singer who is the only hearing member of a deaf family. Though it has just three Oscar nominations, compared to The Power of the Dog’s 12, it has established itself as a major threat, having been awarded the top prize from both the Screen Actors Guild and the Producers Guild.

Denis Villeneuve’s Dune, the first part of a great science fiction epic, will likely dominate the below-the-line categories, despite shockingly missing a nomination for Best Director.

As a fan of the Dune book series, and of the Thomas Savage novel from which The Power of the Dog was adapted, I was predisposed to backing those films as my favourites of this awards season.

But while I hold both films in the highest regard, another nominated film this year has captured my imagination in a way I never could have predicted.

I have great affection for classics like Singin’ in the Rain, but I’m not exactly an avid fan of movie musicals. I wasn’t especially interested to hear that Steven Spielberg was remaking West Side Story.

But then I saw the film and it was the most enlivening cinema experience I have ever had. I’ve seen it eight times since. If it weren’t leaving cinemas, I would continue to see it every few months indefinitely.

It’s also become a source of much current controversy since the lead actor, Rachel Zegler, revealed she was not invited to the Oscars, despite the film having seven nominations.

West Side Story is just pure magic. It has a brilliance that I’m not used to seeing in new major release films. Every musical number is staged impeccably, and it improves on the (very good) 1961 film in almost every way. It’s a wonderful, wonderful film.

A delightful Twitter thread from Guillermo del Toro (himself a nominee for producing Nightmare Alley) lays out the extraordinary craft on display.

Frontrunner: The Power of the Dog

Should have been nominated: Passing. Rebecca Hall’s superb directorial debut hasn’t received the attention it deserves and should have been an across-the-board contender.

The Jane Campion awards campaign has been eventful of late.

In recent weeks, the great New Zealand filmmaker has drawn both praise for candidly defending her film against disparagement, and criticism for her baffling remark about the Williams sisters.

But still, Campion, the first woman to receive more than one nomination for Best Director, is the firm favourite for the win.

I have pored over Campion’s films, and I am just in awe of her. From the emotionally crushing An Angel at My Table, to the magnificence of The Piano, the breathtaking Bright Star and the transgressive near masterpiece In the Cut, Campion makes films like no one else. The Power of the Dog is no exception, and I dearly hope it gets her the ultimate recognition she deserves.

Outside of Campion, I am very pleased by the nomination for Drive My Car’s Ryusuke Hamaguchi. An absorbing, nuanced examination of grief, Drive My Car was the critics’ push for the season; each of the three major associations awarding it their top prize. With four nominations at the Oscars, the film has emerged as a significant contender.

And of course, I am extremely gratified by Spielberg’s nomination for West Side Story. It’s a pleasure to see the visionary director at his most virtuosic.

However, one fact that has been bouncing around in my head of late is that, in receiving his eighth Best Director nod, Spielberg has equalled the combined total nominations that women have earned in the history of this category. Which is to say, there’s still a long way to go to address the disparity.

Dearest of all to me is Joanna Hogg’s The Souvenir Part II – a stunning, deeply moving reflection on heartbreak and filmmaking. In an ideal world, it could have been recognised with a nomination here.

Frontrunner: Jane Campion (The Power of the Dog)

Should have been nominated: Joanna Hogg (The Souvenir Part II)

The slightly unusual thing about this category is that all of the actors are returning nominees. There hasn’t been a Best Actor line-up without at least one newcomer in more than 40 years.

Will Smith, fiercely convincing in his portrayal of Richard Williams, father of Venus and Serena, is leading the pack by a comfortable margin.

His competitors are Benedict Cumberbatch, who is truly extraordinary in The Power of the Dog, Andrew Garfield, topping off a banner year, Denzel Washington with the ninth acting nomination of his career, and Javier Bardem with the fourth of his.

A nomination that was likely never on the cards, but absolutely should have been, is Nicholas Cage in the delightful, melancholic drama Pig.

Spoiler: Benedict Cumberbatch (The Power of the Dog)

Should have been nominated: Nicholas Cage (Pig)

Best Actress is the most hotly debated category amongst awards pundits this year. But I must admit, I find this line-up pretty uninspiring.

Excepting Penélope Cruz in a fantastic Pedro Almodóvar film, and the always brilliant Olivia Colman in the thought-provoking The Lost Daughter, this category is dominated by great performers in terribly shallow biopics.

Given her victory at the Screen Actors Guild Awards, Jessica Chastain, charming in the frustrating glib The Eyes of Tammy Faye, seems best positioned for the win.

But it’s a very close race. I think an upset could come from anywhere.

Overall, I would have preferred an Oscars line-up closer to the excellent category at the BAFTAs, which included Passing’s Tessa Thompson, Licorice Pizza’s Alana Haim, and The Worst Person in the World’s Renate Reinsve.

Spoiler: Any of the other four nominees

Should have been nominated: Tessa Thompson (Passing)

Early in the race, young Australian Kodi Smit-McPhee looked the standout contender for Best Supporting Actor. It’s the kind of performance, understated yet powerful, that too often gets overlooked by awards bodies, so it was refreshing to see it rightly lauded.

But in recent weeks, a consensus has instead formed around CODA’s Troy Kotsur.

And indeed, Kotsur is a great presence in CODA – warm, funny and deeply heartfelt. It would be meaningful to see him follow in the footsteps of his co-star Marlee Matlin to become the second Oscar-winning actor with deafness in history.

A final thought for this category: I was really hoping that West Side Story’s Mike Faist would be recognised with a nomination. I was not familiar with him before seeing the film, but his Riff is so incredibly magnetic and devastating it made me an instant fan. I sincerely hope to see him in more great film roles in the future.

Spoiler: Kodi Smit-McPhee (The Power of the Dog)

Should have been nominated: Mike Faist (West Side Story)

The dazzling Ariana DeBose has swept the precursor awards for Best Supporting Actress, so she feels like a very safe bet here. It’s a win that I would be thrilled to see.

Provided no major upset take place, West Side Story’s Anita will join Vito Corleone and The Joker on the list of roles that have seen multiple actors win an Oscar.

Judi Dench, at 87, the third oldest acting nominee in history, is the only returning nominee among this uniformly strong line-up. Though, it does seem a bit strange to think that Kirsten Dunst has never been acknowledged before this year.

There were two notable snubs in Best Supporting Actress: Belfast’s Caitríona Balfe and Ruth Negga, so captivating and haunting in Passing.

But the performance I wish to highlight here was one that received very little individual attention at all – the mesmerising Park Yu-rim in Drive My Car.

Spoiler: Kirsten Dunst (The Power of the Dog)

Should have been nominated: Park Yu-rim (Drive My Car)

The surprise inclusion of darkly comedic coming-of-age drama The Worst Person in the World was gratifying, but this is still a weaker than average Original Screenplay line-up.

Licorice Pizza has faced valid criticism throughout this awards season, but I still think Paul Thomas Anderson’s joyful romp through 1970s Los Angeles deserves to take the win in a landslide.

Anderson is truly singular. And he has received a remarkable 11 Academy Award nominations without a win.

On the other hand, Branagh, also winless with eight nominations, has a similar narrative going for him. Belfast is also likely to appeal to the sensibilities of older Academy voters. Could go either way.

One of my favourite films of the past year, that I think would have made a worthy nominee in this category, is Mike Mills’ compassionate, ineffably lovely C’mon C’mon.

Should Have Been Nominated: C’mon C’mon (Mike Mills)

Disappointingly, women represent only 28% of this year’s Oscar nominees. Adapted Screenplay, in which women have sole writing credit on three nominated films, is one of the few bright spots.

Up until last week, The Power of the Dog was strongly favoured in this category. But CODA’s unexpected victory at the BAFTAs has set the stage for an upset.

It’ll certainly be a category to watch.

In keeping with my West Side Story agenda, I want to sing the praises of Tony Kushner’s excellent, unfortunately overlooked, screenplay. His meticulous approach deepened and enrichened the story and its characters profoundly.

Kushner also co-wrote the upcoming The Fabelmans from Spielberg, their fourth collaboration in total. Perhaps he’ll get the acknowledgement he merits when that inevitably becomes a Best Picture contender next year.

Spoiler: The Power of the Dog (Jane Campion)

Should have been nominated: West Side Story (Tony Kushner)

This is my favourite line-up of any category. Images in every one of these films have amazed me and stuck with me for months.

Australian Greig Fraser is the presumed frontrunner for his magnificent work on Dune. Fellow Australian Ari Wegner, the second woman in history to be nominated for cinematography, is a similarly strong contender for her stunning achievement on The Power of the Dog.

Either would make an extremely deserving winner. In fact, I would argue that any of the nominees here would be a worthy choice. There are visuals in West Side Story and The Tragedy of Macbeth that are genuinely astounding.

If I could choose a sixth nominee, it would be Robert Yeoman for his work on Wes Anderson’s wonderfully imaginative The French Dispatch, which was unfortunately ignored entirely by the Academy.

Spoiler: The Power of the Dog (Ari Wegner)

Should have been nominated: The French Dispatch (Robert Yeoman)