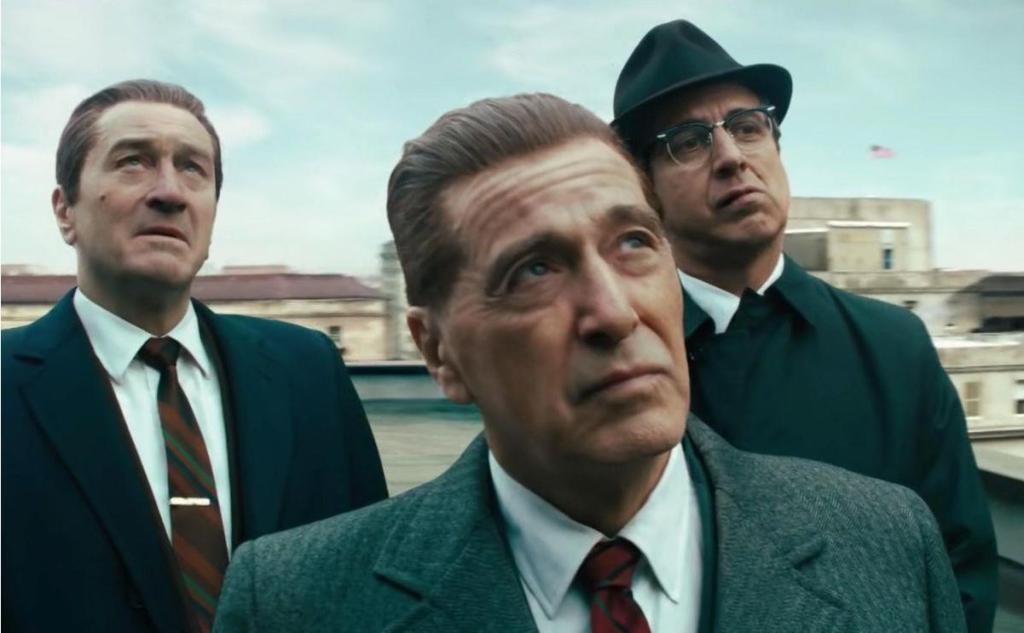 The Irishman premieres on Netflix 1 November. Image via TriBeCa Productions.

Australian streaming TV is getting its biggest shake up this month with Disney+ this month so many of the big players are redefining themselves without Disney princesses or Marvel’s superheroes in the catalogues.

It’s a good month for Netflix, and it begins with Scorsese heading up the raft of new films with his long awaited feature, The Irishman. The film is currently on the festival circuit; Joe Pesci came out of almost ten years of retirement to play opposite Robert De Niro in the gangster flick, and it all looks worth it: the film has garnered rave reviews so far.

Netflix is looking set to bring back some of its classic series; On the first of the month Netflix Original Atypical is coming back for a third season, and a limited series of Queer Eye: We’re In Japan is also set to hit the service. She-Ra will return for a fourth season on the 5 November, and The Dragon Prince is back for season three on 10 November. Things are starting to get seasonal, too: The Great British Baking Show: Holidays will be back for a second season, as will Nailed It!: Holiday! just 12 days later, on 22 November.

Bracing itself for the rise of Disney Netflix is pushing its original content hard, with new films, documentaries, and family titles announced throughout the month. On top of The Irishman, Mati Diop directed the supernatural romance Atlantics to a broad acclaim, which will reach the service on 28 November.

Comedy is going strong on the platform, too. Seth Meyers is in for a Netflix special called Seth Meyers: Lobby Baby, and politico-comedy Patriot Act with Hassan Minhaj is back for volume 5. For the kids, Netflix is running a series of original films, including Hello Ninja from 1 November, Super Monsters Save Christmas and True: Winter Wishes on 26 November. Will they be enough to stave off the House of Mouse?

Of course, this month, like every month, Netflix is also saying some goodbyes. If you’re in the mood for a Lord of the Rings marathon, better get in quick! The trilogy rotates off the service on 1 November. Coco is also shimmying off the screens on 29 November, perhaps to make way for the big news for streaming this month: Disney+ finally reaches our shores and screens.

Until recently Disney were tight-lipped about what titles their service will launch with, but given they own iconic properties like Star Wars, the Marvel Cinematic Universe, The Simpsons, as well as other popular streaming services like Hulu and ESPN, we’re certain they’ll begin with a bang.

Disney has promised 25 new films and 10 original series for the streaming service in its first year in operation. When they launch, both MCU darling Captain Marvel and new Star Wars series The Mandalorian will also stream exclusively on Disney+. We may be seeing the end of the big screen saga with The Rise of Skywalker in cinemas in December but the Force will be strong on screens for a long time as Disney squeezes everything it can from George Lucas’ franchise.

For $8.99 a month, it’s a very enticing bundle, and one that has smaller streaming services shaking. Services like Stan have historically advertised their Disney content heavily, including Pixar and MCU features. With Disney muscling in on the streaming market, these deals are looking likely to end within the first year of Disney+. We’re nervous and fascinated to see what this new service offers, and how other streaming platforms cope with the arrival of this giant.

Stan is noticeably lacking any Disney titles in its November lineup, but it’s bringing a bunch of boyish classics to the roster. The platform will start streaming Wayne’s World and Wayne’s World 2 on 2 November, and every Jackass film on 14 November. On 15 November, Stan hosts a veritable Tom Cruise extravaganza: titles from every stage of Cruise’s career hit the screens, including Days of Thunder, Top Gun, Vanilla Sky, Collateral, Jack Reacher, and every Mission Impossible film. Perhaps they are prepping us for next year’s release of Top Gun: Maverick, a long awaited and long-in-the tooth sequel to the 1986 film.

Recent Cartoon Network darling, Summer Camp Island, will also premier its first season on Australian screens, which promises to be a treat for everyone who signed up to the service for its array of cartoon offerings like Steven Universe and Adventure Time. A lovely, nostalgic way to herald the warmer nights.

In more peaceful news, Foxtel is adding National Geographic’s look at Australian wildlife, Only in Oz, to its strong set of nature documentaries. The first episode is set to release on 13 November. Along similar lines, BBC Earth’s Wild New Zealand releases in full on 23 November, perfect for the couch tourist who wants to explore closer shores.

The Philip Pullman adaptation His Dark Materials will start screening weekly from 5 November, and two days later, so will the new miniseries of HG Well’s The War of the Worlds. The beginning of the month also sees a raft of classic films; every entry in the Die Hard franchise, a handful of Wallace and Gromit films, and The Little Mermaid – so there are some Disney titles not locked up in Disney+ vaults.