Karla Grant, Living Black and keeping it fresh after 18 years

She's interviewed everyone from the Dalai Lama to Kevin Rudd, but Karla Grant says unearthing the stories that matter to Indigenous Australians is what keeps her hungry.
Rochelle Siemienowicz 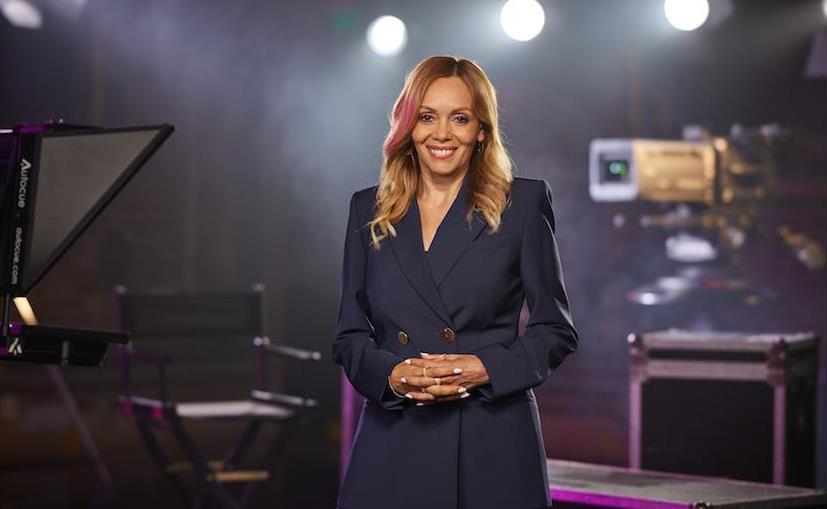 Karla Grant on the set of NITV’s Living Black currently in its 29th season.

How do you keep it fresh after 18 years doing the same job? That’s a question Karla Grant gets asked as the host and executive producer of Living Black, Australia’s longest running Indigenous current affairs program, currently screening on NITV and SBS On Demand.

She has a good answer waiting and ready, as if it’s just sitting there in the pocket of her signature no-nonsense double-breasted jacket: ‘There are always so many important stories to tell. I love what I’m doing and I’m always learning.’

On April 12, the 29th season of Living Black launched with Grant conducting an in-depth half-hour conversation with Ernie Dingo. The two of them sat outside under a tree and had what she likes to call ‘a good yarn’, covering subjects both serious and light-hearted. The subsequent two episodes are in the same format: chats with actor and producer Aaron Fa’Aoso, and country music star Troy Cassar-Daley. But Living Black also mixes these celebrity interviews with more hard-hitting investigation-based shows.

The evolution of a program

Grant first developed the concept for the program back in the early 2000s and went to air with the first episode in 2003. She’d been working on another program, ICAM – Indigenous Cultural Affairs Magazine – since she first joined SBS in around 1995/96. SBS management asked her to come up another concept for an Indigenous current affairs show and so Living Black was born.

‘We’ve evolved a lot over the 18 years and had different formats and time-slots all over the place,’ she says. ‘We range from one-on-one conversations with someone who’s made a contribution improving the lives of Indigenous Australians in whatever field that may be, from sports to politics and music and the whole gamut. Those shows are very autobiographical and we delve into Indigenous issues through their eyes and their experiences. But then we also have our half-hour stories in which we we look at a particular issue and drill down deep into it.’

A significant part of the audience is regional, and the show’s reach is growing especially with a more regular Monday night time-slot.

The Living Black team is very small ‘but has a huge output and vast experience in news and current affairs. We have Michael Carey who used to be executive producer of Dateline and been an award-winning reporter and producer at the ABC for many years now is part of my team and working on investigations. And then there’s Julie Nimmo, a Walkley Award-winning journalist and producer as well. Then I have a junior producer who is coming through the ranks, Ross Turner. We have two editors working with us and that’s about it. We have a production manager and associate producer but they work across other programs as well.’

‘We don’t have the luxury of a researcher like other investigative programs might,’ she says, ‘because we just don’t have the funding. But we do our own research and we’re highly effective.’

Despite the pandemic, the team managed to win three awards last year, including a Kennedy Award for excellence in journalism, and a John Newsome Award for Outstanding Indigenous Affairs Reporting, for their body of work including coverage of how COVID was impacting Indigenous communities. This was seen through Grant’s own eyes as her mother was living in a Sydney aged care home where other residents had died.

She says another highlight of last year’s program was its coverage of the Black Lives Matter moment. ‘We did a half hour on Aboriginal Lives Matter, and focused on a number of families who have lost loved ones in custody.’

In this new season, other subjects will include children living in out of home care, to the return of cultural artefacts, which Grant says is a huge issue for many rural landowners who are under the mistaken impression that they may lose their land if they come clean about stumbling across Aboriginal artefacts. Such impressions might lead to a farmer hiding the artefacts in his shed rather than giving them back to the mob they matter to.

Who does Grant think she’s talking to with Living Black? ‘It’s twofold really. We’re there to give our First Nations people a voice and a platform to speak about the issues that affect them. And we’re also there to educate the non Indigenous audience, the wider Australian audience, about these issues that we face, many of which aren’t widely talked about.

Finding the balance between good news and bad

Grant says it’s always a balancing act to tell the good stories as well as the bad ones. ‘We all like to hear a positive story,’ she says. ‘And for so long the media, when they did cover Indigenous issues, it would always be a negative story. So we don’t want to keep seeing ourselves as victims all the time. We want to see positive aspects of our lives as well, and all the positive contributions that Aboriginal and Torres Strait Islander people make to society. And it’s important for our young people to see positive images of themselves as well.

‘the reality is that everything isn’t always hunky dory … people dying in prison, the reality of it being 30 years since the Royal Commission into Deaths in Custody and … 470 deaths since then, and nothing’s getting better.’

‘But the reality is that everything isn’t always hunky dory. So we do have to cover a lot of unhappy stories and issues too, people dying in prison, the reality of it being 30 years since the Royal Commission into Deaths in Custody and, as you know, there have been 470 deaths since then, and nothing’s getting better. And we have to highlight those facts or nothing is going to change. Maybe we do need to make viewers feel a bit uncomfortable because there’s still a lot that needs to be addressed, from racism, deaths in custody, and people’s children being taken away from them. Finding the right mix for the program is a balancing act for sure.’

The need for Indigenous journalist cadets

In her 26-year career with SBS (and NITV, which shares a roof with the multicultural broadcaster), Grant has interviewed everyone from the Dalai Lama to Kevin Rudd, Malcolm Turnbull, Cathy Freeman, Adam Goodes and Archie Roach. But she says traveling and getting out into regional Australia, and going into communities where most news crews don’t get to, is still one of the high points of her job, and especially important with the death of so many regional news organisations. She’s recognised everywhere she goes, and though she’s too modest to say it, she’s no doubt an inspiration for many Aboriginal and Torres Strait Islander youngsters wanting to get into news reporting.

Grant started in the media about thirty years ago after studying professional writing at Canberra University and working for the Aboriginal Development Commission. She moonlit on the side for a private production company who were making a program called Aboriginal Australia on behalf of ATSIC, and needed a female Indigenous presenter when their current presenter, Michelle Torres left. Grant auditioned and got the role and built her skills from there, becoming in time a producer and director and eventually moving to SBS in 1995.

At that time, there were few Indigenous faces in Australian news and current affairs. For a long time, she and her former husband Stan Grant were almost alone. These days, there is a small but growing contingent of Indigenous journalists, and NITV is playing a significant part in fostering that experience.

Grant was one of the instigators of the NITV Indigenous cadetship program.

‘Myself and Paul Cutler, the former directive of news, saw the need for more Indigenous journalists coming through. I was really having trouble staffing my own Living Black team because of the lack of them. So we decided to create that program around 2005-2006.’

the way privilege works means that in this highly competitive field, many of the applicants for the cadetships had two or three degrees and spoke multiple languages.

SBS was already running their own cadetship program to train journalists. It was open to Indigenous applicants, but as Grant notes, the way privilege works means that in this highly competitive field, many of the applicants for the cadetships had two or three degrees and spoke multiple languages. ‘We needed a cadetship that would create an opportunity specifically for an Indigenous person. And that’s still running and the quality of people who are coming through are just fantastic and doing great things.’ As examples, she notes Laura Murphy-Oats who is with the Guardian; Ella Archibald-Binge who is with the ABC;  Rachel Hocking who was hosting The Point on NITV; and Douglas Smith who’s a journalist with NITV.

As for her own story, Grant says that growing up in Adelaide with a Dutch father and Aboriginal mother of Arrernte heritage, she witnessed and experienced a lot of racism. ‘I’ve seen many injustices to my own family and it was pretty tough at school,’ she remembers. ‘My uncles used to be picked up by the police just for the colour of their skin, or taken into custody just for unpaid fines. I had a strong sense of social justice and I think that’s why I wanted to become a journalist so I could make an impact, make a difference.’

As for her own advice to those coming up through the ranks? ‘Be very enthusiastic and passionate,’ she says. ‘If you want to be in this competitive industry you’re going to have to be persistent and just keep knocking on doors. Volunteer your services, do work experience and show people how much you want to do it.  And once you’re in there, work hard. Just work really really hard because the opportunities are few and far between.’

Watch Living Black weekly from Monday 12 April at 8.30pm on NITV and catch up on SBS On Demand. Join the conversation #LivingBlack