Here’s what’s streaming in May

Let's take a dive into what's streaming on Disney+, Amazon Prime, Stan, and Netflix in the lovely month of May.
Jini Maxwell 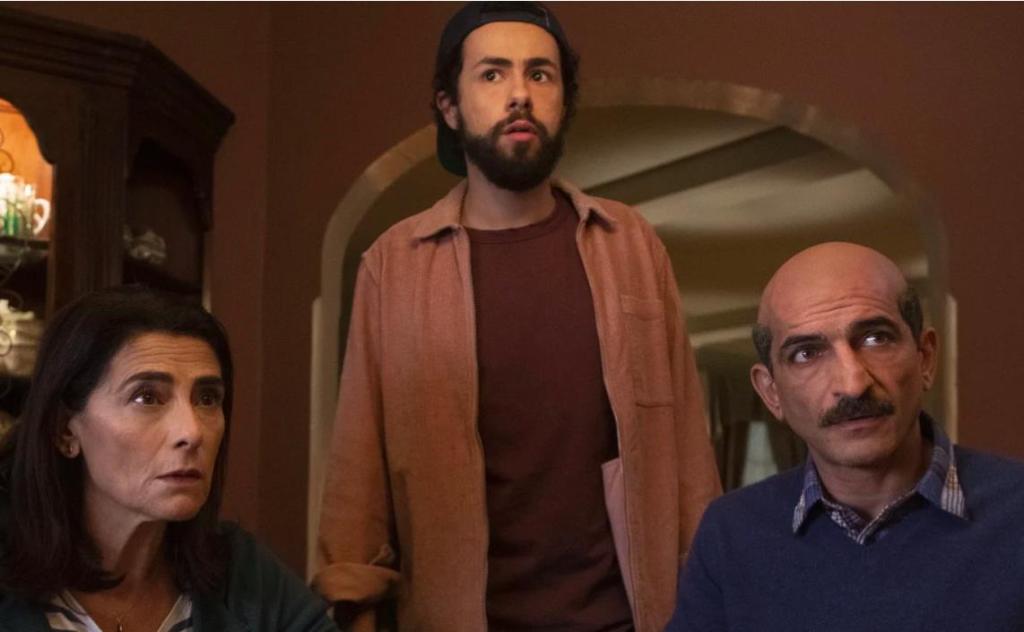 Ramy is back for a second season! Image via Stan.

Well well well, May is already shaping up to be the month of comedy across all platforms – and given the state of 2020 so far, this burst of funnies could not come at a better time. From the return of Australian classics like Hannah Gadsby and Lano & Woodley to our screens, to new series both local and international, it’s a great month to have a giggle in the safety of your own home.

Speaking of star vehicles – three seasons of United States of Tara hit the platform on 22 May, starring Toni Collette as Tara, a woman who balances her family, work and home life with managing her own diagnosis of Dissociative Identity Disorder (colloquially known as Multiple Personality Disorder).

Both seasons and the telemovie of Redfern Now are also available on the platform from 21 May, for a kaleidoscopic look into the domestic lives of people in the iconic Sydney suburb. Rake brings more of this Aussie classic TV to the screen, with season 5 dropping on 26 May.

Finally, May on Stan goes out with a bang: Ramy season 2 drops on 30 May. Comedian Ramy Youssef brings this Golden Globe-winning comedy back to our screens, providing laughs and pathos aplenty.

Hannah Gadsby’s highly anticipated show Douglas reaches the platform on 26 May. Despite her insistence that there would be no follow-up to her 2018 smash hit, Nanette, Douglas has toured internationally to great acclaim. We’re sure that, as it did with Nanette, Netflix will only catapult this show to a larger audience, and greater heights.

The second half of Rick & Morty season 4 also launches early this month, bringing the classic animated anti-hero back to our screens on 6 May.

Riding the wave of Bong Joon-ho mania comes the first season of the Snowpiercer series, with the lauded director himself credited as an Executive Producer. The series hits on 17 May, in case current life circumstances haven’t adequately slaked your thirst for the apocalypse.

Finally, Netflix continues to add to its not-inconsiderable cache of true crime content with a new show called Trial By Media, which launches 11 May. This series takes a (potentially self-aware?)look at some famous cases that have become sensationalised by the press.

Prime Video is bringing some classic Australian comedy sets to the screens. Amazon’s original Australian comedy specials will be released between 1-8 May, with features from Lano and Woodley, Anne Edmonds, Tom Walker, and Tom Gleeson, each having been filmed in Melbourne’s Malthouse Theatre.

There are a few stellar series joining the service this month; Dispatches from Elsewhere collects a series of characters who are experiencing dissatisfaction, melancholy, or ennui. These strangers are brought together by chance, and stumble across a mystery far greater than they ever could have imagined. The show streams from 8 May.

The critically acclaimed Homecoming is back with a second season screening from 22 May, this time featuring Janelle Monae as a returning star. We can’t wait to see what she uncovers about the mysterious Geist Group.

In case you were too spooked (or too late) to see it on the silver screen, Ari Aster’s cult (in more ways than one) hit, Midsommar, will be streaming from 6 May, and blockbuster hit Angel has Fallen graces our screens two week later, on 20 May.

It’s a fun month for Disney+, as they celebrate Star Wars Day on May the Fourth (be with you!). To commemorate this annual celebration of the epic space opera, Disney+ is releasing The Clone Wars series finale, enticingly titled ‘Victory and Death.’ They will also release an episode of Disney Gallery dedicated to the making of The Mandalorian, for those of you who are missing you weekly Baby Yoda fix.

There are also a couple of exciting original series, including It’s A Dog’s Life with Bill Farmer, where the man who lent his iconic voice to Goofy and Pluto for more than 30 years will host a show about dogs with incredible jobs from 15 May. For more cartoon dogs, the first season of 101 Dalmatian Street will stream from 1 May, as will documentary series United States of Animals, and Awesome Animals.

If you’re looking for a full length feature, this is also the first month that you’ll be able to watch Maleficient: Mistress of Evil on the platform, streaming from 15 May.