Guess who won an International Emmy? 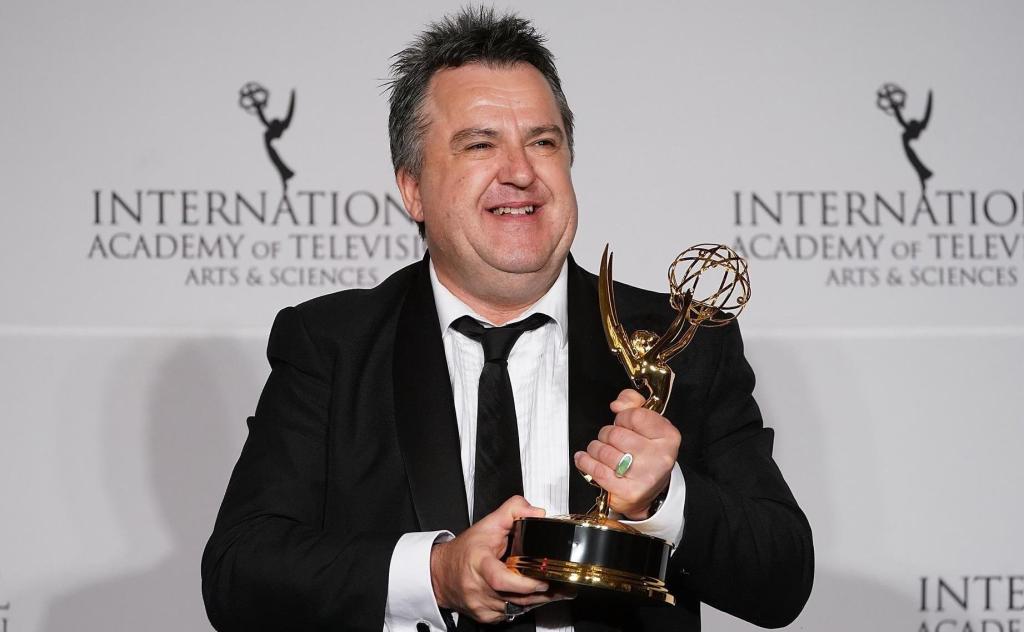 Steven Corvini, producer, so delighted his hair is standing on end. Photo by Jemal Countess/PSG

The winner of the 2019 International Emmy Award for TV Movie/Mini-series is Safe Harbour, made by Matchbox Pictures, produced by Steven Corvini, executive produced by Debbie Lee, written by Belinda Chayko, Matt Cameron and Phil Enchelmaier.

This is a major honour and a breakthrough too, since this is a new category on which the company has put its stamp. Matchbox already has an International Emmy, for Nowhere Boys S2 which won the Best Kids in 2015. In toto, the company has been nominated six times.

Jenna Coleman was nominated for Best Performance by an Actress for her work on The Cry from December Media and Synchronicity Films, while Wrong Kind of Black was also in the finals of Short Form Series for Princess Pictures.

The International Emmy Awards are for shows made outside the US, and are judged by 600 television professionals from around the world. This category was only introduced in 2017.

Safe Harbour has already received the AACTA Best Direction in a TV drama or comedy for Glendyn Ivin while Belinda Chayko won for Best Screenplay in Television, Hazem Shammas has a Silver Logie for Most Outstanding Supporting Actor and Stephen Rae won the FIPA d’Or for Best Original Score.

International sales have been very good and Hulu has picked the show up for North America.

It was commissioned by SBS.