Crowdfunding Success: the trick is deep in your brain

The science of human motivation is being applied to deliver artists and filmmakers crowdfunding success.
David Tiley
[This is archived content and may not display in the originally intended format.] 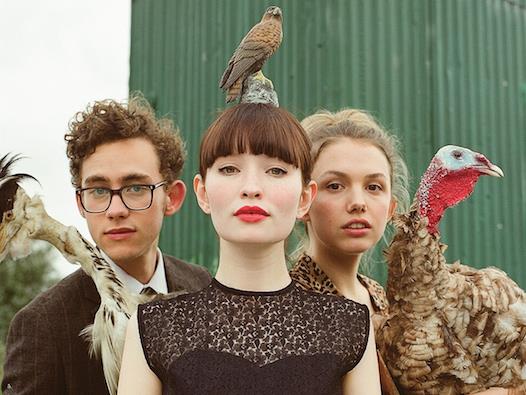 Why would you want to fund this film, with your own money? Still from the crowdfunded God Help The Girl.

‘It doesn’t really matter whether you are raising money for a film, or for a science project, these findings hold true across the board.’

Jess Milne, a producer and motion graphics artist, was explaining her research into effective crowdfunding pitch videos as part of the AFTRS program at the Centre for Screen Business. Her presentation at the AIDC/NET-WORK-PLAY conference was called From the Heart to the Hip Pocket: Pitching your way through a successful crowd funding campaign.

Early in 2012, Stuart Murdoch and Barry Mendel raised US$121,000 for a feature film called God Help the Girl. The video is classy and clever, and very unconventional.

Can we learn anything useful about the art of pitching from something so individual? There is plenty of anecdotal advice about crowdfunding, but it can often prove to be trivial or generic. Jess Milne was determined to bring science to the table, and enlisted researchers from as far afield as survey methodologies, neuroscience and Aristotle. The results take her to the key reasons why this pitch video worked.

Her research became a test bed for conclusions which extend far beyond the screen, to any presentation which involves the allocation of contested resources.

Underlying her work is one single premiss: the decision is emotional – it is backed by logic, but the deal is done with the heart, not the head. We persuade before we argue.

She used a focus group, and an online survey of 199 respondents, who experienced ten successful videos and five bad ones, all derived from a sample of 200 drawn across the crowdsourcing landscape.

‘I tested a whole bunch of components,’ she said, ‘and one of those components was the initial reaction to a video – how much influence that has on the success of a campaign.’

When does the viewer decide on that enticing quality? In the first thirty seconds.

What are the criteria for excellence? That is a much trickier question. The research indicates there is little room for ratty videos, despite an argument in the community that a sincere presenter trumps amateur presentation. Instead, said Milne, audiences responded strongly to simple competence in areas like photography, music, editing and graphics.

‘It is a bit of a no-brainer when you think about it, but this is the role of research – to test our assumptions.’

To go deeper, Milne employed Forbes Consulting, an American company which combines neuroscience and marketing in a methodology it calls MindSight®. Ironically, on its own austere website, it says, ‘Our results speak for themselves.’

Said Milne, ‘The reason for using this test was to reach below the level of cognitive thinking and to add another dimension of emotional analysis, not achievable with a survey alone.’

Respondents were given a test to illuminate the real basis of a decision to support or reject a crowdfunding proposal. They would be asked a question, and asked which of a variety of fast flashing images best related to the answer. The response is shifted sideways from the verbal to the visual, and from the cognitive to the emotional.  [I like this proposal because…. Kittens.]

In the first quarter of a second, we recognise the salient characteristics of an image, and by ¾ of a second we have an emotional response, in what is called the emotional discovery window. The limbic or emotional system is activated, and then puts a signal into the prefrontal cortex, and cognition starts up. In that time, we are feeling before we think and our emotions structure our ideas. It is all very mammalian.

Fortunately, Jessica Milne does not have to plunge too far into the maelstrom of theories about the human mind. The results of the neuroscience experiments correlated strongly with the survey figures.

‘Whenever there was a successful pitch video, the domains that had a high net score were identity, nurturance and belonging,’ she said.

Funders need to see the project as like themselves – the identity issue.  Belonging is about connecting to the cause and its community. Nurturance introduces another important idea – empathy.

Here is the pitch video to raise completion money through Indiegogo for Life Itself, the feature documentary about film critic Roger Ebert, made shortly after his death. It breaks a few rules, but only slightly, and refers to the inner themes of Jess Milne’s work:

That brings us to the use of story and powerful imagery, and the role of the presenter or creator. ‘I can’t stress how important it is that the filmmaker or presenter appears in the pitch video. The characteristics that are most important are being charismatic, convincing, entertaining and trustworthy.’

Even in short videos, creators need to hunt the demon of boredom. Feelings of joy and surprise are useful, along with curiosity and an underlying sense of of the inspiring and positive. Misery doesn’t work.

People reject projects for reasons connected to security, engagement and achievement. The case is not convincing, it feels flakey, the project won’t deliver, and it is rejected on that identity level too.

‘This essentially boils down to not portraying a compelling case – not being persuasive enough, and not convincing the audience that you can follow through. You are unable to excite the audience and motivate them to achieve any goals.’

Jess Milne also reached back to the first systematic theorist of public communication – Aristotle and his Treatise on Rhetoric, which considers the art of persuasion in terms of ethos, pathos and logos. In modern terms, that means credibility, emotions and reasoning, in that order.

The survey pointed strongly to the need for clarity, so the audience understands the case simply, rather than puzzling out what the pitch actually means. ‘The choice of words is really important,’ she said. ‘It is crucial to evoke emotions by using appropriate words, imagery and tone. Researchers believe there is a certain kind of language that motivates people to give.

‘A study from the Georgia Institute of Technology found that you need language which signifies the uniqueness of the project, its novelty and scarcity.’

The script should ‘show the expertise of the founder and communicate a feeling of health in the community. It is best to use language which has persuasive undertones, and shouldn’t be overly dramatic or emotional.’

Jessica Milne has condensed this diverse and determined body of research into ten basic ideas:

Background on motivation and emotion

Dr David Forbes made his first foray into a unified theory of emotion for his PhD in the 1980’s and had a university career at the Harvard Medical School Department of Psychiatry and the Harvard Laboratory of Human Development before starting his consultancy over twenty years ago.

Milne’s skeletal description of the Forbes model is intriguing in itself. ‘The model indicates that human motivation comes from a desire to bring about change in ourselves and our social situation.

‘The values include security, which comes from a desire to be safe and free from worry.. [and is fundamental]. Identity is the desire to do things that align with our personal taste and style. Mastering is the motivation for potential – empowerment and the freedom to choose our own path and do things we would like to do. Engagement is the drive to do things which are appealing and exciting. Achievement is the aspiration to be successful. Belonging is wanting to connect to a community. Nurturance is about feelings of kindness and empathy. And lastly, the desire to be respected by our peers and social circle.’

Here is another clever clip, which pretty well illustrates the message – a film called Pursuing Happiness. And some of the most successful campaigns as of September 2014. Many of the large ones turn out to be run by companies like McDonalds and PepsiCo, but this is a lovely combination of humanity and commerce. Sundance runs many successfully crowdfunded projects – perhaps the most surprising is A Girl Walks Home at Night, which has no clip at all.

Exploding Kittens is a game which asked for US$10,000 on Kickstarter in January. It passed that barrier in eight minutes, and ended up with US$8.8m pledged by 220,000 backers three weeks later. A lot of the fun is on Facebook. And here is the clip, with the same principles deep inside its kittylicious guts.  –