Gary Hamilton transcends popcorn to feed his own vision of success in China - great scripts and English speaking local heroes.
David Tiley
[This is archived content and may not display in the originally intended format.] 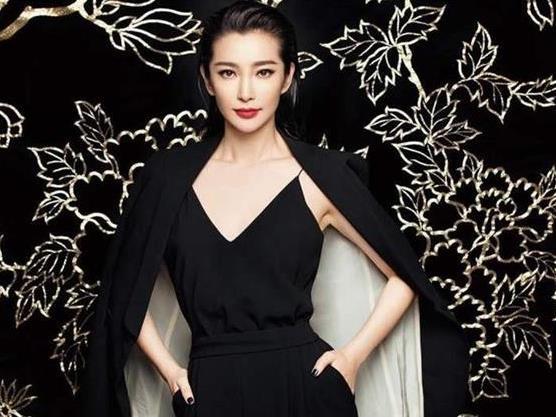 Image: Li Bingbing, star and a producer on Guardians of the Tomb, aka Nest.

Gary Hamilton founded and ran sales company Beyond Films for twelve years. He left to create Arclight Films fifteen years ago, and spread to Los Angeles, Beijing and Hong Kong. His China shingle, Easternlight, is run by his wife, Ying Ye. All that time he has been a genre tragic, though he is known to criticise his  younger self for a little too much excitement and not enough audience savvy.

In the quiet of the banana-shaped business pamper-point on the 31st floor of the Melbourne Sofitel he raised his voice in a most unaccustomed way. ‘We are absolutely as a company going off horror!

‘We did Wolf Creek and other films like that, but I personally do not like horror. I think they are sometimes morally offensive and disturbing. I hate seeing Darclight [his genre subcompany] being classified as just horror and it is absolutely not true.’

He is certainly now associated with respectability. He is a key part of First Reformed, which is in Toronto, whose writer and director is Paul Schrader, forever known as the writer of Taxi Driver and Raging Bull. His company is producing Hotel Mumbai. He is a producer and central player in Jungle, which gives director Greg McLean a wider canvas.

Right now, he is talking to the industry to publicise a script development initiative, focused on China, supported by a Screen Australia Enterprise investment. Chinalight has been ‘created to focus on the development of official Australian-Chinese film co-productions .. Chinalight wants to hear from Australian talent, including writers, producers and directors, with proposals for genuine Chinese/Australian co-production feature films. Successful applicants will be invited to take part in a hothouse script development laboratory to develop their ideas into potential co-productions,’ according to the announcement.

‘Individuals and teams selected for the hothouse will benefit from resources for script development as well as input from Chinese and Australian production partners to produce movies with international appeal.’

The program will be run by Jenevieve Chang, who attended the Screen Australia Hothouse Development program and wrote a memoir called The Good Girl of Chinatown about her return to China.

Applications for the program must be submitted by 1st September 2017.

What does Gary Hamilton mean by ‘proposals for genuine Chinese/Australian co-production feature films’?

‘Our stories and our development process is very much about trying to make films in English which are relevant predominantly for China but also to the rest of the world,’ he told ScreenHub.

The heroes are predominantly Chinese, or at least from across Asia. European characters are either allies or the baddies. They will use major Chinese actors who speak good English, and the storylines naturally lead them to speak English. They are designed for both the international and Chinese domestic market; versions released in major cities will be subtitled, while prints for a second tier market will be dubbed.

While the projects in the Easternlight catalogue are mostly written by people with Western names, Hamilton acknowledges the need to strengthen the Chinese perspective. ‘We really want to nurture as part of this workshop and development Chinese-Australians or Chinese people becoming residents in Australia because a Chinese perception is incredibly important in this. We are talking about gender as a big issue, but what about Asian Australians? I am hoping that Chinalight can turn some of that around.’

‘One thing about working in the Chinese film industry – the script is not the main consideration. In America and Australia the script is vital in terms of attracting everything else. The Chinese are all about the idea, the genre and the actors, and sometimes they make the story up as they go along.’

That kind of spontaneity was very important in the visceral, kinetic cinema of Hong Kong. Now that distinctive approach is in decline, as the filmmakers focus on China and deal with the aversion for violence, ghost stories and vampires on the ceiling. We are left with a lot of action movies.

Right now the company is in post-production on Guardians of the Tomb, an action thriller directed by Kimble Rendall, written by him and Paul Staheli, starring Kelsey Grammer, Kellan Lutz, Li Bingbing, Stef Dawson, and Wu Chun, in which a team of scientists are hunted through the tomb of a Chinese emperor by giant funnel-web spiders. [Unknown in China, by the way, and native only to Eastern Australia].

It is an Australian-Chinese co-production, produced by action star Li Bingbing, along with Hamilton, Mark Lazarus, Shuo Deng and Ying Ye,  mostly shot in Australia.

They are also involved in Triple Threat, a kung fu action film which links stars from China, Indonesia and Thailand. Ying Ye is producing through Easternlight, with Chen Sylen Hwa, Sheldon Pang, He Shi and Gary Hamilton. The cited production companies are Kungfuman Culture Media and Hamilton Entertainment.

‘In this case we are the Chinese producer,’ Hamilton explained. ‘We set up our own Chinese company. Ying Yi who runs our Easternlight division is Chinese so she was able to set up her own company to produce the film.’

They have much more legal freedom to move money out of China to pay production costs; they don’t have a quota problem; they can profit from Chinese domestic box office. But they work intimately with the full Chinese censorship system.

‘Certain parts of history after the Cultural Revolution are more difficult to focus on. In the lead up to World War Two and during the war we have a little more freedom. But it is not just about politics – you can’t have extreme violence and sexuality. No crime should be depicted in China unless there is an immediate response or a reason why there is no response. This is basic stuff, and there is still room for many stories around that.’

China also has no ratings system, so they will avoid films which they don’t want to show to children, which helps to explain why they tend to make general PG films for the whole family.

Like many sales agents, Hamilton has moved steadily into production, starting with Bait 3D, which he describes as a China-Singapore-Australian co-production, made on the Gold Coast by the aforementioned Kimble Rendall. It made over AU$20m in two weeks after opening on 1700 screens in China, and established Hamilton’s profile as a producer for that market.

The advertising costs were around $500,000. ‘But now,’ said Hamilton, ‘the P&A on Guardians of the Tomb will probably be at least $5-7m, and it will release on four to five thousand screens. What is interesting is that the ancillary rights for Chinese films are growing too. It is a great market, definitely worth pursuing, and worth us creating Chinalight as a development spinoff. We see it as a very important piece of our business. ‘

The move from sales agent to producer is increasingly common. Sales companies want to influence content; their reputation raises money; they may participate directly in the financing; they want access to executive and producer fees. Hamilton argues that he is now more focused on market rather than the intrinsic excitement of a project.

He too is pushed along by the failure of the mid-range budget market. These days, prices may go as low as $5m, which have no real bankable elements except the intrinsic excitement of the project. He is happy in the $12-15m range which he claims enables genuine cinematic ambition and some kind of saleable actor. He will go to $50m, but that will be a co-production running on Chinese money.

Really, Hamilton has rebuilt his approach to Arclight from top to bottom. ‘Bait 3D and Guardians of the Tomb are pure popcorn, but we are trying to rebrand ourselves as a company, moving away from Darclight and more into higher end films. We are still doing Triple Threat, which is an out-and-out martial arts film, but we want to put our own focus and attention on it.

‘As a sales company we used to handle maybe twelve films a year. We are doing half that now, and probably four of the six will be our own productions, but we want to work with other Australian producers.

‘We are certainly going to see in a change in our company where the script is the key thing. If somebody can pitch me the story in a few lines, whether a writer or a director, that really gets our attention, and you can imagine that being a commercial movie, that is obviously a first consideration.

‘Then how do you translate that into a great film?’