An Itch for democratic distribution

Itch.io is a digital marketplace that is designed with ease of access and community in mind. Let's look at why it works, and who finds it useful.
Jini Maxwell 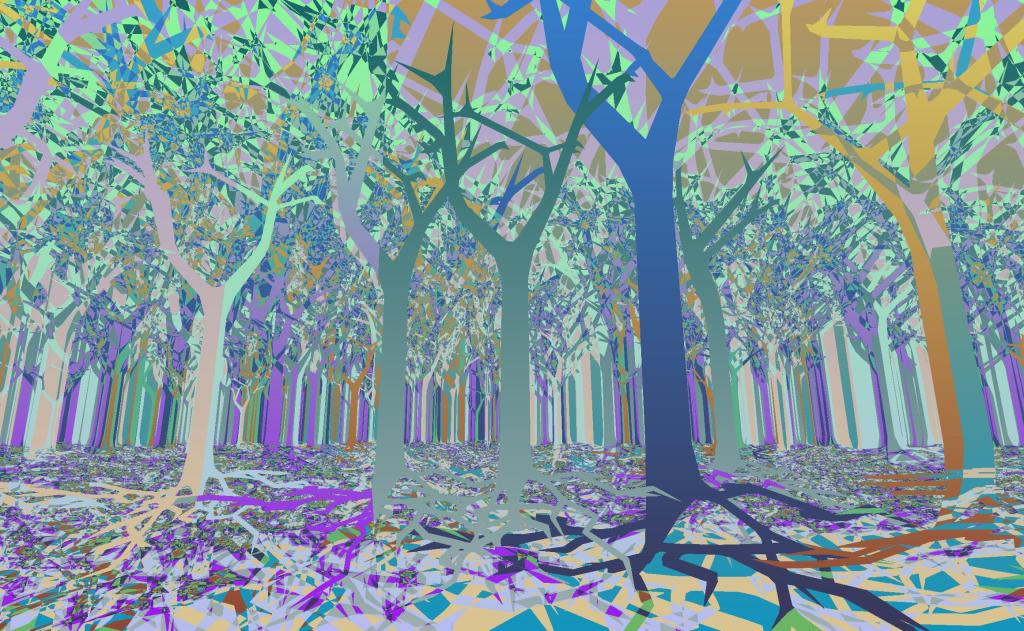 In June 2020, at the height of the Black Lives Matter global protests, indie digital marketplace Itch.io announced the ‘Bundle for Racial Justice and Equality.’ For a minimum donation of $5USD, the Bundle offered 1,741 items from the 1,391 creators, with offerings ranging from game development assets, zines, and ebooks, to popular indie games like Nuclear Throne, Overland, and Night in the Woods. The offer quickly went viral, and in the month the Bundle was offered, it raised $8.15 million dollars for the NAACP Legal Defence and Educational Fund and Community Bail Fund.

For an independent project with an anticapitalist bent, this kind of fundraising is a remarkable feat. So how did Itch attract an audience like this, and who uses the platform?

Put simply, Itch is an open marketplace in which anyone may create an account. It was founded by Leaf Corcoran in 2013 as a gatekeeper-free distribution platform which would allow creators of all sizes to present their work on their own terms. Itch shares an ethos with Bandcamp and Wattpad, allowing creators of all sizes to host games in browser or available to download. The creator sets both the price of their work, and many works on the platform are free, with an option to donate.

Itch has a much smaller user base than other digital storefronts like the Steam Store, which boasted an active user base of 90 million and 30,000 games on the store in 2019. At face value, Itch’s numbers are daunting: in 2019, the platform was host to 200,000 games, with a user base number in the tens of thousands, not tens of millions. But the platform can still clearly draw a crowd, and it attracts creators of many different interests and levels of creative experience and commercial success.

Unlike a more mainstream digital storefront like the Steam Store, which charges creators to upload a game to the store, hosting a game on Itch is free; this encourages the platform’s thriving communities of works in progress, tiny games, and experimental games. The platform also allows any of its users to create ‘game jams’, community events that challenge participants to complete a game, usually in response to a prompt or theme, within a very limited time-frame.

Itch creators also control what percentage of revenue goes to the digital platform. Most creators end up setting the split at around 8 per cent, a far cry from the Steam Store’s mandatory 30 per cent split. As well as ensuring a fair profit split, The platform has always been adamant. In 2018, Corocan told The Verge that he wanted developers ‘to feel okay to put it at zero.’

For Ian Maclarty, the award-winner developer of experimental puzzle games Jumpgrid, Boson X and Dissembler, the appeal is ease of use and access: ‘The thing that drew me to it initially was just how easy it is to upload a game, especially compared to similar sites like Gamejolt or Steam; it’s great when you just want to put your game somewhere quickly so people can play it.’ Maclarty has published games across several platforms, including the Apple Store, Google Play, and Steam, but many of his shorter and more experimental games are exclusive to itch. Several of these, including Catacombs of Solaris, have won awards for art and design, despite not being commercially published in a typical sense. Itch’s lack of commercial focus, and the creative control it allows its users over their project’s pages, are a boon to Maclarty: ‘you do have a lot of control over how your game is presented if you want to put in the effort though, and itch won’t paste ads all over your game’s page like many other games portals.’
Itch not only encourages individual expression in a way that other digital store fronts do not, it also takes an active curatorial role in the content on the site. While Valve came under fire for failing to hire moderators on the Steam forums, and for allowing offensive and bigoted games to be distributed through its store, Itch takes strong measures to curate the communities and content that it hosts.

Itch is more than a storefront; it’s a community, and a curatorial platform. On top of offering its users algorithmic recommendations through the ‘Recommended for You’ and ‘Fresh Games’ sections, users can follow individual creators, the products of different game jams, or different tags. The popular tags speak to the breadth of Itch’s creative communities, including popular entries like ‘zine,’ ‘twine’, ‘weird’, and  ‘experimental’ alongside ’tileset’ and ‘top down shooter.’

Select projects, ranging from twine games, to game jam entries, to commercial releases, are also personally curated and recommended by the itch.io team several times a day through itch.io’s official Twitter account, which boasts over 78, 000 followers. In addition to Itch’s regular bundles, the platform offers frequent opportunities for creators to reach audiences that they might not find on their own.

Users can also follow individual game jams, different tags or genres, or the creators themselves. For Maclarty, this has been an invaluable feature in building his audience: ‘every time I upload something new, several hundred people will get an email telling them about it. It’s a really easy way to build an audience of people who are interested in your work.’

In fact, an early version of Jumpgrid, which was released commercially Itch, Steam, Google Play and the Apple Store, was developed as part of #salvagejam, an Itch-hosted game jam that challenged creators to revisit an old, incomplete game and spend 24 hours finishing it.

Who is it for?

Itch is a multipurpose platform; while its sales are primarily digital games, it also hosts zines, books, assets and tools that have purposes beyond game design. Currently, Itch accepts HTML, Flash, Java, and Unity films to embed in the browser, and files of any type to download, so long as they adhere to the 1gb file size limit. This could include short films, but as it stands, few use the platform for film distribution. Instead, most of the film content on the platform is resource, not product-based. Throughout the site there are self-published books of film criticism, fan and criticism zines, and sound effects, music, art and animations that could be used in both games and films.

As a platform, it’s defined by eclecticism; as digital spaces and storefronts become increasingly corporatised, Itch’s growing communities continue to use the platform in ways that are creatively generative, socially fulfilling, and sometimes, commercially successful. What these uses look like is always changing: when developer Adam Le Doux published Bitsy, a code-free game development tool, on the platform, a massive creative community quickly formed around it. Now, Bitsy workshops and games are seen throughout game development circles, and Bitsy jams regularly run on Itch. In essence: Itch succeeds because it is a tool for the people who use it.