3 Things The Government Must Do To Save Australian Content

Streaming services are on the rise, and the government must take action or risk losing local broadcasters. Here's how.
The Conversation 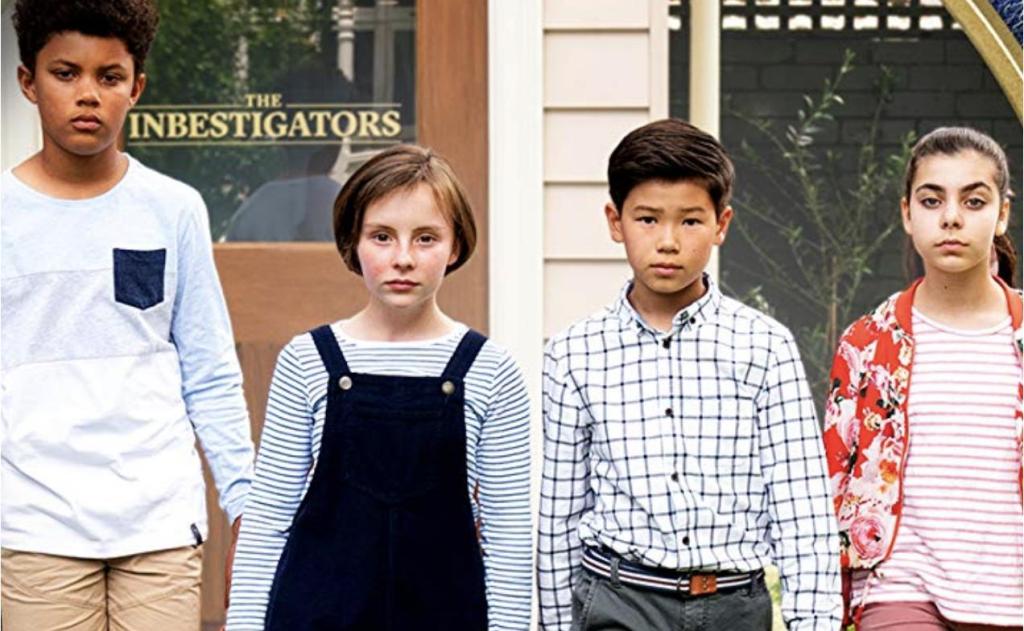 Image still from The InBESTigators, via IMDB.

In early March, free-to-air broadcaster Seven, embracing the spirit of a petulant teen, stomped its foot and announced it would no longer follow the rules regarding its Australian children’s content obligations. Nine has suggested it will soon follow suit. With the Australian government poised to release a local content policy options paper any day now, Seven’s belligerence looks like a preemptive strike.

Commercial broadcasters have claimed the sky is falling for years. Since the late 2000s, their audiences and advertising revenues have fragmented across new television platforms. Broadcasters claim requirements to air local content and children’s programming exacerbate their struggle.

Seven – and its broadcast rivals Nine and Ten – claim they are operating on a far from level playing field. And indeed the competitive landscape has changed. The networks point at Netflix, the US-based streaming service that Australians have embraced. Neither Netflix, Disney+, nor Australian provider Stan face any local content obligations. But streaming services use a different technology and are not protected from new market entrants the way broadcasters are. They also don’t compete for advertiser spending. In reality, the issues facing commercial networks aren’t likely to be relieved by adjustments to local and children’s quotas.

The emerging crisis – which may include the fire sale of a broadcast channel – results from repeated inaction by government to develop 21st century policy frameworks. Here are three ways we can encourage local production and break the policy inertia:

Seven, Nine and Ten have been subject to minimum local content rules, including for children’s programs, since the 1960s. These have been a condition of receiving a broadcast license. The networks have lobbied determinedly against Australian quotas virtually since their introduction.

Quotas are not the only longstanding challenge. Australian broadcasters have been on notice for at least 15 years that digital distribution would disrupt the sector. But the challenges facing the networks, and Australian screen production more broadly, have been compounded by sustained regulatory inertia.

We live in a world that wasn’t even fully imagined when local content policies were put in place. Today’s television ecosystem is far more complicated. It includes those governed by the logics of public service (in the case of the public broadcaster ABC and SBS) and commercial aims, by linear and on-demand availability, and by government, advertiser, and subscriber-supported services. It has become an ecosystem of complementary services rather than direct competitors – and one that needs to be regulated fairly and equitably. But these underlying differences make a “level playing field” an unreasonable goal. Just as we wouldn’t expect common policies to govern plane and train transportation – policies are needed that acknowledge the differences among 21st century video services.

2. Learn from other countries

The new ecosystem may warrant new tools and approaches, but it doesn’t justify releasing broadcast license holders from their responsibility to Australians, including children. However, it may be time to create a different mechanism of support.

In the UK, the Young Audiences Content Fund was introduced in 2019 with nearly £60 million (A$116.5 million) in public funding. The fund provides 50% of the costs of programs made specifically for children and young people, with the rest to be sourced from broadcasters.

Germany requires streaming services to contribute 2.5% of their revenue to the country’s subsidy system to support German production. New Zealand’s peak funding body, New Zealand on Air, offered another experiment by launching the free children’s streaming service HEIHEI in 2019. HEIHEI provides locally-produced television to NZ children in a market dominated by US imports.

Those profiting from the Australian market must play a role in solving the current policy challenge. Requiring all commercial television services operating in Australia, including streaming services, to contribute to a fund available to all producers is one equitable way of creating authentically Australian and enriching children’s programs.

Updating state-funded initiatives is also part of a sustainable solution. Australian television producers currently receive only half the rate of tax offset support that benefits Australian film producers. Bringing television support in line with film is necessary, but that expanded funding should come with new requirements appropriate for the new ecosystem.

Though the commercial networks decry the burden of local and children’s series, others are rewarded for their ambitious telling of Australian stories in the on-demand age. Last week, Netflix acquired global streaming rights to the new ABC drama Stateless. It also snapped up kids’ shows The Unlisted and The InBESTigators, suggesting the value of these Australian productions.

Australian children’s shows have a global reputation for excellence, but are also expensive and require local network investment. Bluey, now up to 200 million views on iView, is streaming all over the world on Disney+. Series produced by Jonathan Schiff such as H20: Just Add Water and Mako Mermaids have been among government agency Screen Australia’s most profitable shows.

Although broadcaster threats grab headlines, they won’t help us find a sustainable future for Australian television production. The changes in the competitive landscape offer as much opportunity as challenge, but that opportunity cannot be realised as long as the government relies on 20th century tools.