So you want to be a screenwriter

Brisbane-based screenwriter Jacqueline Cook offers advice on how to make a career out of writing for the screen.
ArtsHub
[This is archived content and may not display in the originally intended format.] 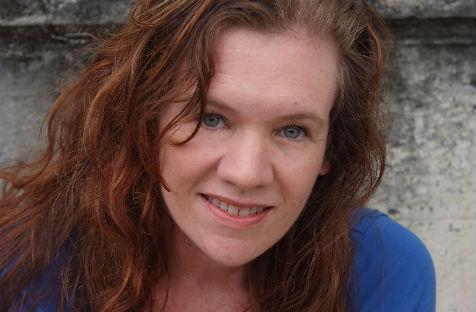 Brisbane-based screenwriter Jacqueline Cook offers advice on how to make a career out of writing for the screen.

How did you get your job?
Well, it’s not really a job, per se – merely an obsessive passion for which I occasionally receive payment. As a lover of movies and a writer from the age of 8, it all began in 2000 when I was curious as to what a screenplay looked like. I did a short course and fell in love with the art of storytelling in film. No-one has found a way to stop me since. I have also written a non-fiction book which was recently accepted for publication by Random House Australia, due for release in November 2013 (www.facesofholzminden.com).

What have you done before?
If you mean what was I doing before I was writing for film — I was dabbling in graphic design and paying the bills by working in offices. I used every spare moment to write screenplays.

What training do you have and did it help?
Just a two or three short courses over the years. Learning how to write for film is like painting the Sydney Harbour Bridge — every time you think you get to the end, you turn around to see there are spots you’ve missed.

What did you imagine the job would be like and were you right?
It’s a roller-coaster ride and not for the faint-hearted. The industry is one that is quite capable of chewing you up and spitting you out if you let it, but it can also be pretty amazing.

What do you wish someone had warned you about?
I’ve been warned plenty of times about lots of things, but I’m still here.

What skills do you need to do this job?
Most writers hate the necessity of re-writes, but I’m afraid that 95% of a screenwriter’s role is just that. Ideally, each draft is supposed to improve. David Seidler wrote 50 drafts of The King’s Speech before it became an Oscar winner. Richard Curtis wrote 25 drafts of Four Weddings and a Funeral.

You need the ability to look beyond each draft to the possibilities and opportunities that you have not yet been tapped. It’s also handy to possess a pretty good grip on human nature, because that’s how you write three-dimensional characters.

What personality suits this job?
Someone who possesses balls of steel, to be honest. Precious writers who can’t bear constructive criticism need not apply.

What advice would you give someone who wants your job?
Be prepared to climb over the dead bodies on your way through.

What career achievement makes you proudest?
Working on it.

What’s next?
More writing — what else?

You can find out more about Jacqueline’s past and current projects on her official website – www.jacquelinecook.com