Melbourne cinemas open up and here’s what’s on

Melbourne cinemas are open again, hopefully for good. Moviegoers, get back to where you once belonged.
Rochelle Siemienowicz 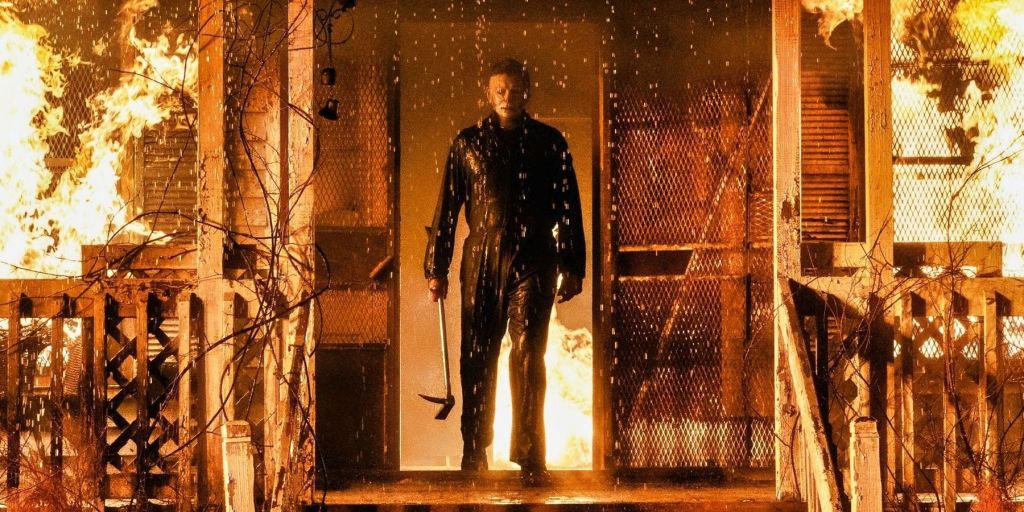 We emerge to go to the movies. (Halloween Kills, Universal.)

From 6pm this Friday 29 October, Melbourne cinemas are once again open for business.

Melbourne, which spent a total of 263 days in lockdown since the pandemic began, is the heartland of Australia’s arthouse cinema sector, and also contributes a significant chunk of the total national box office, so this weekend’s opening figures will be closely watched for signs audiences are willing to swap TV series for movies. Adding to such hopes is the unofficial long weekend, with a Melbourne Cup public holiday on Tuesday and many taking the Monday off as well.

It hardly needs saying that the return to plush seats will happen under strict COVID protocols, but let’s say it anyway. As per Cinema Nova’s communications:

‘Victorian government Covid-19 regulations require all patrons and staff that attend indoor entertainment venues to be fully vaccinated against COVID-19 before they enter. Patrons will be required to show proof of double vaccination prior to entry to allow Melbourne to return to the movies safely. You are required to check-in via the QR code on entry to the cinema. Due to the current Covid-19 restrictions, cinema seating capacity will be limited. Seats will be reserved on a first in basis. Masks must be worn unless eating or drinking.’

For a horrible Halloween at the Multiplex

‘In an isolated Oregon town, a middle-school teacher and her sheriff brother become embroiled with her enigmatic student, whose dark secrets lead to terrifying encounters with a legendary ancestral creature who came before them.’

In the independent multiscreen picture theatre

The Sun Theatre in Yarraville in the city’s inner west is an independent cinema that covers the full spectrum, from blockbuster to arthouse and retrospective. This opening weekend, it’s going cautious and sensible, pushing some reliable crowd-pleasers, from Aretha Franklin biopic Respect and Ridley Scott’s war action drama The Last Duel, to the already proven comedy adventure Free Guy and the latest Marvel movie, Shang Chi and the Legend of the Ten Rings.

For parents desperate to take kids out of the house and back to the movies again, there’s PG animated adventure Ron’s Gone Wrong, about an awkward kid and his new digitally connected device. This may be a bit close to home with all those kids locked to screens in the last few years, but it looks cute-ish.

At the Melbourne arthouse institution that is Cinema Nova in Carlton, the long list of films available gives a sense of what’s out there, some of it getting long in the tooth (Minari, Nomadland), but if you haven’t seen them, do.

Read: You should watch… Dating Amber in cinemas

Opening its doors on Saturday 30 October, ACMI has announced the extension of its huge Magic of Disney exhibition. Originally scheduled to close on 17 October, the Disney show is now open until 23 January.

Keeping it very arthouse, the films screening at ACMI this weekend include Annette and Michael Sarnoski’s Pig, which is described as: ‘The story of a man and his pig becomes an exploration about the toll of male emotional avoidance with one of the great Nicolas Cage performances.’

Festivals on the Horizon

As Melbourne opens up, a series of film festivals launches in the coming weeks and months. There’s never been a better time to support them with pre-sales.

In coming weeks, some tempting tentpole blockbusters will open. Next Wednesday, the superhero Marvel film Eternals (intriguingly directed by Nomadland’s Chloe Zhao) opens on on 4 November; and the next week, No Time to Die, the 25th Bond film, on 11 November. (Watch out for Screenhub’s reviews.) On the arthouse front, we’ll also be looking out for Jane Campion’s Year of the Dog, due 11 November.

Plan well ahead. Don’t expect to rock up on the day. Spontaneous movie-going may be a thing of the past.