A film for everyone, narrated by Morgan Freeman.
Liza Dezfouli
[This is archived content and may not display in the originally intended format.] 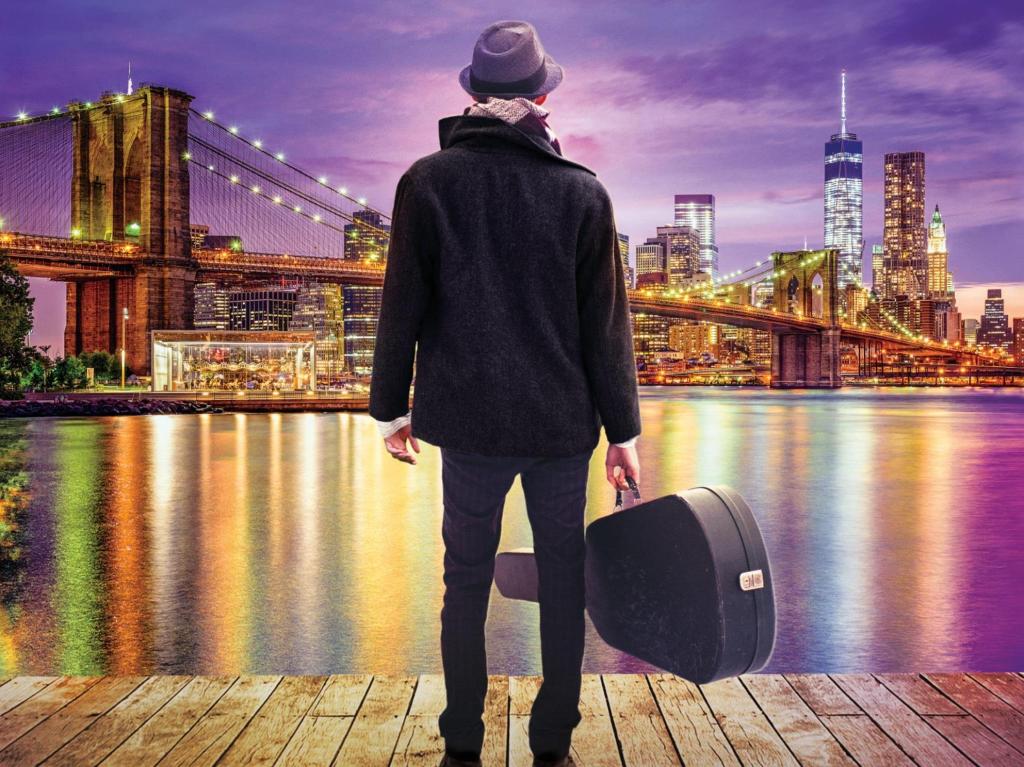 You can’t cover the breadth of American music in three quarters of an hour, so this film directed by Greg MacGillivray sensibly doesn’t try. America’s Musical Journey, presented in IMAX 2D, takes us to the past, on a superficial blandly entertaining musical road trip round the USA with Grammy nominated singer-songwriter Aloe Blacc. Blacc demonstrates, through collaborating with a few musicians on one of his own songs, how music from the past informs the present. We get too much of Blacc’s shiny nuclear family life for my liking; who cares how he met his wife? And therin lies one problem with the film: its underlying cultural aesthetic. In tune, for sure, but it belts out loud ‘mainstream!’

America’s Musical Journey relates the impact on US (and the world’s) music of blues, roots, gospel morphing into jazz at the hands of Louis Armstrong and then into the seed of rock’n’roll at the hands of Elvis Presley. We’re reminded of how powerful these two artists were, how they each single-handedly changed the world of music. Given how music shapes culture, or rather, how music is culture, there’s no underestimating the importance of the diverse influences we learn about here.

America’s Musical Journey misses many opportunities to fit in appearances or at least mentions, of more of the greats. The film could have done with less footage of dance, I reckon: valuable screen time was wasted on going back to shots of aerial Elvises, salsa and hiphop dancers when we’d already seen them. To present a show about US music with not even a glimpse of Bob Dylan, Billie Holiday, or Aretha Franklin for instance, nor any mention of the Broadway musical, is simply weird.

As a work of armchair travel, America’s Musical Journey is a stellar ride, exploring great musical cities from New Orleans, Miami, Chicago, NYC to Nashville. There are superb shots of the Mississippi Delta from the deck of a paddleboat and exciting drone visuals of skylines and cityscapes. The film’s meant to be a musical journey but more often than not feels like a sell for US tourism. Morgan Freeman narrates a voice-over dragged in schmaltz with repeated references to the ‘creative freedom’ of the US; half the time the narration sounds like a PR exercise for America the Land of the Free. Crowd-pleasing and syrupy as it is, especially when bringing the past to life, this film will be fun and engaging for the type of people who go on ocean cruises. Take someone who’s retired and planning their first trip to the States. Just don’t expect depth.