For an artist, death is not final if the work lives on beyond personal memory. Editor Suresh Ayyar's friends search the essence of his touch in an extended collection of clips.
ScreenHub
[This is archived content and may not display in the originally intended format.] 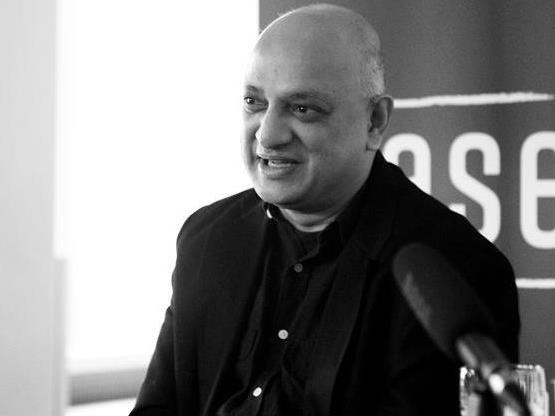 The death of Suresh Ayyar two years ago at the age of 59 struck parts of the editing and directing communities pretty hard. He had one of those names that float in the air as a person of great versatility, capable of tackling a substantial range of difficult projects.

‘He used his intelligence and humanity to create a great body of superbly edited movies, shorts and documentaries. He loved life, literature and his girls’, his friend and fellow editor Frans Vandenburg wrote in a recent email. ‘He will always be missed and always remembered.’

Suresh reminds us that editors are often the people more than anyone else in a production who watch the images with total care, extracting every grain of meaning, every possibility and nuance that can be placed with the right rhythm and sound to build the central experience of the film.

They are often described as constructors of story in a mechanical sense, but they live right at the heart of the ritual we all join when we watch. They make feelings evident by order, pace and juxtaposition, cheap words for mysteries solved by intuition and emotional intelligence.

Starting on Wonderworld in 1979, he mostly worked on lower budget projects determined to make sense of the world, although his television work included Rake, Farscape and a series called The Cooks.

To mark Suresh’s 61st birthday, Frans Vandenburg has placed a tribute reel on Vimeo, with the password Suresh. The documentary – it is that – allows us to be absorbed in Suresh’s way of feeling the world, a certain seamless feeling for movement. Directed by an editor it also showcases scenes which editors value, which represent their craft and desires.

‘This tribute reel of clips from some of the many documentaries and feature films he worked on are only some indication of the breadth of his experience. Like most screen editors he never made many pronouncements through vocalising his theories and feelings. He was a private man and his work expressed so much of what he was about.

‘My effort to capture something about his essence and represent my feelings about him could only really be expressed the same way.

‘I feel Suresh is very much here in between and throughout this small collection of excerpts from some of his work. I hope you do too’, he wrote. ‘I am always proud to be known as a friend of his.’

This longer version is based on a clip published as an obituary for Suresh by the Australian Screen Editors Guild in 2016.

‘I couldn’t have done it without the assistance and creativity of a number of people I’d like to acknowledge and thank here,’ wrote Frans.

…and to so many of his friends and filmmakers for supplying photos, memories and access to their collaborations with Suresh.

I’d like to respectfully  dedicate this Tribute to Suresh’s daughters Micky and Cato.’

Thanks from Screenhub to Ramesh Ayyar for allowing us to share this program about his brother.