What you’ll find once you open the vaults

There are thousands of opportunities to be mined in over 70 years of radio and television programming in Australia.
Brooke Boland
[This is archived content and may not display in the originally intended format.] 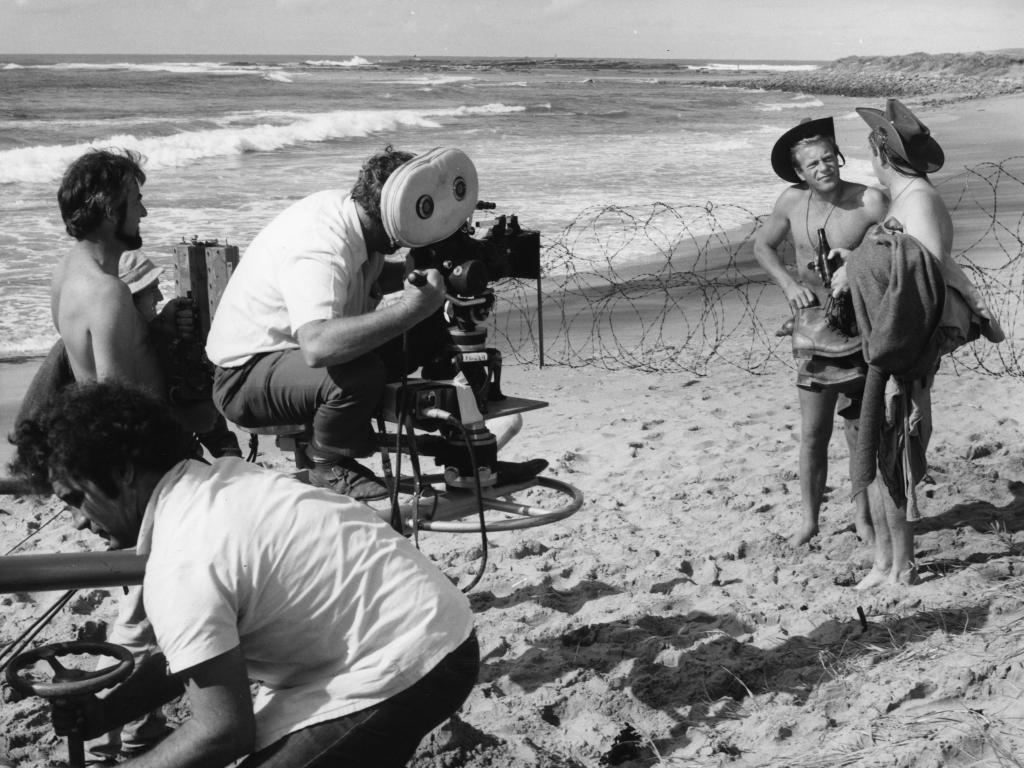 From the 1972 wartime television drama Over There: John Meillon, Jack Thompson and camera crew filming on the beach; Image: supplied.

For an artist, curator, or filmmaker, looking for source material in the ABC archive unearths an embarrassment of riches.

From contemporary arts programs shown on the iview channel to documentary footage from historical events more than half a century ago, the possibilities are as varied as your imagination.

In the vault you can find an interview with HG Wells recorded in 1939, outtakes from Molly Meldrum’s infamous interview with Prince Charles, and even clips of Prime Minister Malcolm Fraser trading quick-witted banter with a slightly sloshed crowd at Birdsville Races in central-west Queensland in 1978 – everything a filmmaker, curator, or artist could wish for.

‘There’s a huge collection with all sorts of weird and wonderful things,’ said Anne Gilbee, Supervisor of Archives Research and Library Sales for Victoria.

‘There’s arts programming, radio and TV programs that focus on the arts, but we also have our news collection, including all of Anne Marie Nicholson’s stories who has been covering the arts for years.’  The ABC also co-produced the TV Times in the 70s and holds an amazing still image collection of Australian television history over that period.

Read: Nine ways ABC footage is used in the arts

A major cultural institution in its own right, the ABC has worked with many arts organisations to amass the collection, and encourages interested institutions and galleries to access it for public screenings.

Read: How to run a screening with your exhibition

It holds extensive news coverage of festivals and biennales, and the ABC has worked closely with major organisations including Opera Australia, the Sydney Theatre Company, and the Australian Ballet, as well as non-profits such as John Kaldor, to cover events and continue the conversation on the arts in Australia.

Other materials held in the archives include film and book reviews, the extensive Countdown collection of pop music videos, and even the first reality TV show in Australia, Sylvania Waters.

To find out more about the collection held by ABC archives and also its contemporary arts programming visit https://www.abccommercial.com/librarysales/

Add your details to the ABC contacts list to receive updates on the latest activities here https://confirmsubscription.com/h/d/92EC0499077DED87

Brooke Boland is a freelance writer based on the South Coast of NSW. She has a PhD in literature from the University of NSW. You can find her on Instagram @southcoastwriter.