There's little emotional engagement in The Last Road, but it's ravishing to look at.
Liza Dezfouli
[This is archived content and may not display in the originally intended format.] 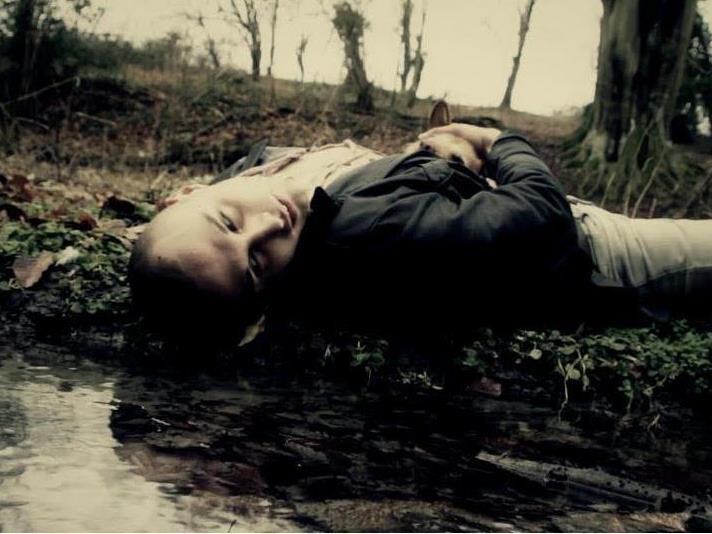 The Last Road, a low budget indie feature written and directed by John Wheeler, seems to examine the idea that our wrongs, pains and regrets in life need to be resolved even after death. Amateur fighter Toby Thwaite (Aaron Long, who looks like the young Andrew Lincoln), is frustrated with caring for his invalid mother and regularly takes it out on her. Toby is at the mercy of local villain, right wing supremo Norman, and his life has become a living hell. There is little love or connection in Toby’s brutal world except for his attachment to his dog, Prince. After Toby is killed in the ring he tries to return home but is attacked by the furious ghost of a former householder (Irina Fisher in a marvellously vigorous scene), so he wanders off, literally and metaphorically lost, into a purgatory comprising the bleak countryside around Westbury in England’s north, where the afterlife turns out to be a lonely, de-saturated version of this one. There may be a day of reckoning, and Toby’s recording angel turns out to be a no-nonsense, hard to impress character called Edith (Sarah Jane Williams), the sort of person you find in administrative roles the world over. Toby meets other lost souls while journeying and interacts in desultory ways with them, eventually finding a way to ‘do the right thing’, and, presumably, move on.

At first there’s hope that The Last Road, lacking a cohesive story line, might instead wrestle with issues of male violence or look at deeper questions of male identity, and possibly explore issues to do with family or gender relations, but it does nothing so interesting, sadly. Although it does nod towards the question of religious faith, but it is a small and entirely unconvincing nod.

The Last Road is one of those films you need to let wash over you without looking too hard at plot, narrative or character. The problem lies in the writing; this film is best appreciated as visual art rather than story, because there isn’t much in the way of narrative, the characters are thinly rendered and hard to identify with, and the whole thing meanders, at times excruciatingly slowly. The film’s approach to character is so remote that you don’t care, although there’s a small satisfaction in the final scene, revealing that one has, after all, invested in what story there is. The few lines of dialogue are delivered in a projected manner as though the characters are on stage, an element at odds with the tone of the rest of the film, and adding almost nothing to our deeper understanding of what’s going on.

For all this, however, the film (a two-family project by the looks of things) is visually and aurally stunning, employing sublime, varied and distinctive camera work. The Last Road is a product of the bleak-and-beautiful school of cinematography. Filming allows for muted, painterly, carefully composed scenes, intense macro shots switching rapidly to wide pans of scenery; the whole is rich with intimately textured and often illustrative images. Sound design (by Mark Standing) is masterful, using classical scores and distantly felt rock rhythms that are perfectly married to the visuals. To its credit, the technical possibilities of film are here explored with discipline, attention and care.