One of the best things about the film is its portrayal of an ‘anti-action’ hero acting against his own nature.
Liza Dezfouli
[This is archived content and may not display in the originally intended format.] 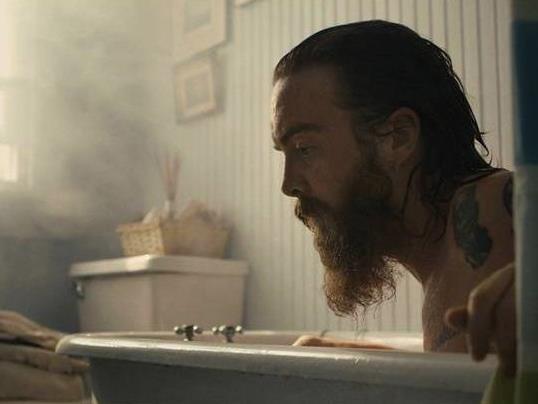 Financed via a Kickstarter crowd-funding campaign, Blue Ruin is an indie film gem; it was winner of the FIPRESCI Critics prize at Cannes and when you watch it, it’s clear why. Written and directed by Jeremy Saulnier, this low-key thriller tells the story is of an isolated homeless man, Dwight (Macon Blair), who avails himself of a long-awaited opportunity to avenge the murder of his parents. Not naturally violent, Dwight is an ordinary man, however, one of the best things about the film is its portrayal of an ‘anti-action’ hero acting against his own nature. The film opens with him having broken into a middle-class home to take a bath. Early in the film Dwight reunites with his sister, Sam (Amy Hargreaves), who has two children. Voices are distanced and prolonged silences eloquently reveal Dwight’s loneliness; as he later tells Sam, he hasn’t spoken to another person for a long time.

Dwight is often bathed in blue light, at times the colour is muted, at others saturated. His clothes are blue. Blue is used symbolically – in nearly all the shots there are blue tones or blue-coloured objects contrasted with red. Sometimes the blue references the vastness of the sky, at others it’s the blue of chills. The cinematography lingers on details. A vapour trail across an azure sky seems portentous. Dwight is excruciatingly inept and his blunders are cringe-worthy. Here is a vulnerable, doomed character caught in an epic story of revenge. His actions put everything Dwight has remaining in his small life at stake and as the story unfolds the complications become greater and greater and lead to a tragic finale. The slow, understated and muted tone of the film creates an incredible feeling of suspense and inevitability; this is a skilfully handled tale of revenge presented with elegance. There is a poignant reveal at the end which allows Dwight to make some good out of the mess he’s created.

Blue Ruin makes you think about morality, about the destructiveness created by giving in to the urge to take vigilante action. It’s a deeply sad story (the blues again). The pacing is measured and controlled, adding to the tension. The cast consists of normal-looking people, which lends a sense of realism to the film as a whole and makes for refreshing viewing. The cast also includes Eve Plumb (of the original Brady Bunch), Devon Ratray, Kevin Colack, David W Thompson, Brent Werzer and Stacy Rock, and Sidné Anderson.