Creative synergy begins in the classroom

The International Film School Sydney (IFSS) and Actors College of Theatre and Television (ACTT) are leading an important cross-disciplinary dialogue amongst their students.
Troy Nankervis
[This is archived content and may not display in the originally intended format.] 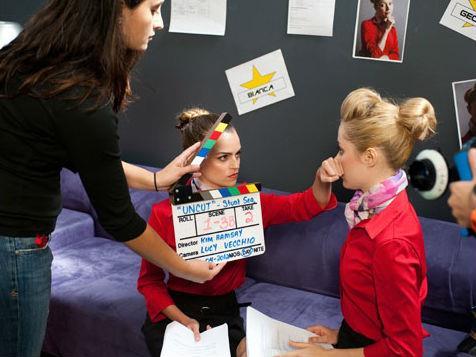 The International Film School Sydney (IFSS) and Actors College of Theatre and Television (ACTT) are innovating creative industry education delivery through a unique cross-disciplinary conversation amongst the student cohort.

Prospective students still have time to enrol in a number of upcoming full time programs commencing in February and March at the two colleges, both based within the same building in Sydney’s Surry Hills.

‘It’s a fairly unique thing to have a film school and an acting school sharing the same trousers,’ said Acting Head of IFSS Duncan Thompson. ‘It’s sparked a great community and it creates a sense of strong foundation. These people see each other as resources, as colleagues, as opportunities, as friends and as comrades, all on the same pathway.’

Commencing 3 February is the Advanced Diploma of Screen and Media, focusing on three specialised streams of screenwriting, producing and directing. Students develop complimentary skills within camera, lighting, editing and sound design in addition to a strong practical emphasis on industry knowledge, employability and professionalism.

The Advanced Diploma of Screen and Media (Cinematography) prepares students for a professional career as a director of photography in film and television, and explores the ways in which light and the moving image advance a story and create a visual mood.

‘Cinematography students have a general grounding into the foundation of filmmaking, make their own projects, plus they get to shoot other students work,’ said Thompson. ‘They come out with a significant CV in terms of the amount of shoots they have worked on with the highest-level cameras of industry. That course is led by Josef Demian, who has trained people like Dion Beebe.’

‘IFSS is one of the most well equipped schools of any film school, in terms of student numbers. We’re able to put on six to eight significant productions all at once, with enough lighting equipment, enough grip equipment and enough high quality cameras and lenses for all students making the highest possible quality work.’

For budding theatre professionals, beginning 3 March at the ACTT is the Advanced Diploma of Stage Management, which balances practical and theory based units with opportunities for secondments upon completion of the course.

The Advanced Diploma of Music Theatre trains students to be a ‘triple threat’ across singing, acting and dance. Performers are equipped with a comprehensive set of technical, creative and performance skills to ensure they develop as an exceptional all-rounder.

Commencing at the same time is the Advanced Diploma of Stage and Screen Acting and the Certificate IV in Theatre and Screen Performance, which trains students to work across many different platforms including theatre, film and television.

Head of ACTT John O’Hare says the rigorous program, which features training within the core principles of acting, movement and voice, has created a collaborative opportunity between students on campus unique to actor’s training in Australia. ‘My actors are in the same building [as the IFSS] and anecdotally connecting with cinematographers, screenwriters and directors, and making movies independent of us.’

‘There’s this wonderful synergy where the students are finding each other. It’s the beginning of a new industry, which is really exciting to be apart of. There’s this great energy in the corridors, which is everything you need for what you want to do in film or the performing arts.’

O’Hare has been working together with Thompson in steering the course curriculum towards a stronger cross discipline conversation between both schools.

‘In the Advanced Diploma of Screen Acting, we do four film projects over the two years. Duncan and I are working on that collaboration so that on a deeper level, cinematographers are also involved, and screenwriting and directors are working with the resources and the actors in a way that is categorically sound for vocational education and training,’ he said.

‘All the resources are here, which makes it really easy to create to the point where students are making projects in their own time.’

Thompson adds that the recent acquisition of ACTT and IFSS by JMC Academy has played a strong role in the collaborative opportunities offered within the programs at both schools.

‘The great thing with JMC [Academy] is they see the value in ACTT and IFSS as centres of excellence. It’s a sort of hands off, hands [approach] on in the best possible sense with JMC, allowing us to do what we do best.’

‘We found that we were finally able to do what we’ve been planning to do for a long time. You can’t underestimate that old-fashioned studio environment, where you have everyone on the lot. Getting the formula right has meant we get the rigorous support to flourish.’

Thomson said that a balanced cohort of students translates into strong groups who are constantly flowing into other teams from production to production. ‘The students are supported by their fellows, and this creates a community which raises production standards in a very warm hearted rivalry. At the same time it’s very much about the individual here. Each individual is given a lot of one on one attention.’

O’Hare agrees that the collaborative opportunities between ACTT and IFSS are paramount. ‘The actor’s training aside, the most important thing is the potential of these students starting new artistic collaborations and creating a future aesthetic for Australian film and theatre. That sense of having a close community is absolutely crucial.’

Prospective applicants for upcoming full time programs at IFSS and ACTT are invited to contact the respective colleges directly. 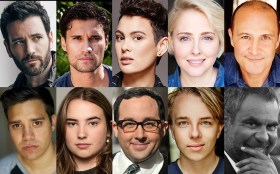