Serangoon Road, Mystery Road, Wake in Fright and High Ground were all challenging titles, and some paid the price. Watch and decide for yourself.
David Tiley 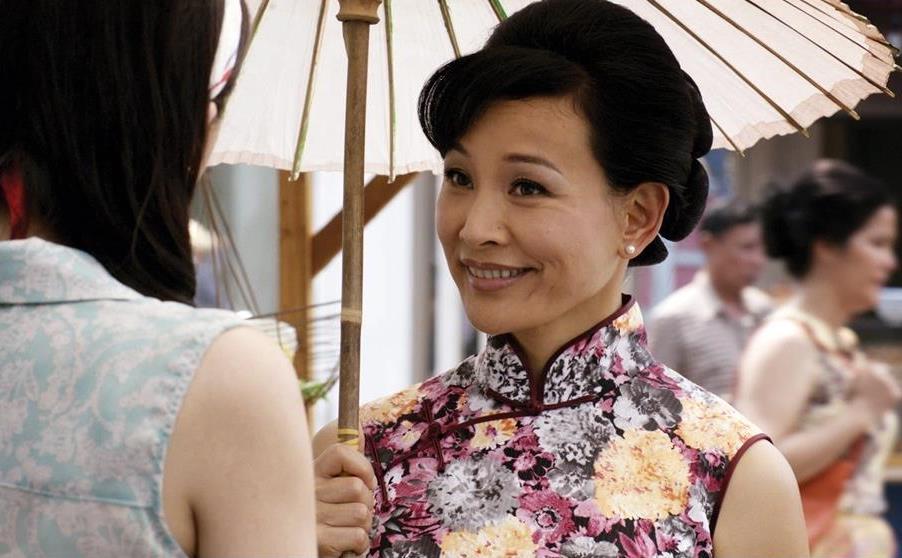 We have a soft spot for streaming service Stan because Australian shows are built into its core business plan. Local shows are foundations, not a lick of paint at inspection time, and that’s evident in some of the new offerings it has in the month ahead.

This July, Stan is releasing season 2 of Mystery Road, directed by Warwick Thornton, written by Steven McGregor, headlined by Aaron Pedersen and Jada Alberts, and produced by David Jowsey and Greer Simpkin.

Stan also has exclusive subscription video on demand (SVOD) rights to the series based on Wake In Fright, directed by Kriv Stenders, written by Stephen Irwin off the Kenneth Cook novel, starring Sean Keenan, Alex Dimitriades and Caren Pistorius, produced by Helen Bowden and Kristian Moliere for Network Ten.

The most interesting series addition is Serangoon Road, described by Stan like so:

‘Serangoon Road is a fast-paced detective drama series set against the exotic, tumultuous backdrop of 1960s Singapore. It tells the story of Australian-born Sam Callaghan, whose childhood was spent in WWII’s Japanese internment camps and who returned to fight in the Malayan Emergency. When his neighbour Patricia asks him to help keep her recently-murdered husband’s private detective agency afloat, Sam reluctantly agrees.’

The 2013 series was created by Paul Barron, a WA pioneer who mostly did children’s TV, and the main writer was Michaeley O’Brien, who subsequently wrote for Mystery Road. It was directed by valiant go-to television toughies Peter Andrikidis and Tony Tilse.

Serangoon Road was a collaboration between HBO Asia and the ABC in 2013, run in Australia by Great Western Entertainment. It was produced by Paul Barron and Nick North with Freddie Yeo co-producing. He went on to be the Singapore co-producer for Crazy Rich Asians and Westworld. With that collection of companies it is surprising that the SVOD exclusive rights were available to Stan; both US distributor Acorn and HBO Asia would have a natural interest in it.

Unfortunately, it tanked at the time. On Sunday October 20, 2013, the ABC ran documentary Kakadu at 7.30pm which took a creditable 747,000 in the cities. When it ran Serangoon Road at 8.30pm, the figures crashed to 369,000. The ratings would have been traumatic for Auntie, which had found a new partner in HBO Asia, and set up an Australian show in Singapore with all the fascination of the mystic East. After all, earthy but suave Australian heartthrob Rod Taylor became a star through the 20th Century Fox series Hong Kong in 1960. Despite all the Crown Colony white colonialism, the series is still considered to be a classic.

Why did Serangoon Road fail? Some claimed the scripts didn’t work, but The Wall Street Journal, writing from afar, commented on

‘…the shrewdly written scripts, plotted with a kind of old-school inventiveness that feels strangely fresh. Its lead character is Sam Callaghan (Don Hany), a freelance detective of sorts whose life has been shaped by his experience of war and internment in a Japanese prison camp as a child. It may be the 1960s, but the war’s darkness lingers. A socialite, noticing a woman looking enterprisingly at a man across the room, warns her: “Be careful. It’s the interesting ones that are the most damaged.” No one has any question about what she means by “damaged.”’

The Malaysian-Australian Stephanie Lai at  No Award website looks at the series in entertaining detail, and claims to really like it by the end, but has this description of the first episode:

You can make up your own mind by gutzing it on Stan. I am picking it up because it blew an important opportunity to build relationships between Australian and South-East Asian producers and financiers. That was unfair because one series should not be used to simply prove the whole relationship was too hard – unless you don’t want to grapple with the intercultural sophistication, which is what No Award headlines.

Stan is also launching two features. Hacksaw Ridge is ultimately Australian but seems to be completely American and has been well publicised.

High Ground is another matter. Released earlier this year, it was well supported by critics and will be a contender at the AACTAS before Christmas. It is a really fine film, bathed in a sense of heat and sweat and body paint, made with the co-operation of the Indigenous owners of the story, and strongly based on history. If anything, the true story is more savage.

But it was tough to watch in the cinema and most people declined the opportunity. On smart TV during a quiet afternoon with a soothing cup of tea and the family gathered round, it could be a fine experience. Just don’t let it fade away because it is an important film.

It was written by Chris Anastassiades, directed by Stephen Johnson, and produced by…. drum roll…. David Jowsey, Greer Simpkin and Maggie Miles.

$3.05 million was its solid box office take, given its uncompromising stance on a history most Australians wish never happened. But it deserves much more.