Where the Crawdads Sing is resoundingly bland

The whole film seems to be in an unseemly haste to zip through the novel’s stilted conversations and increasingly silly plot twists.
Stephen A Russell 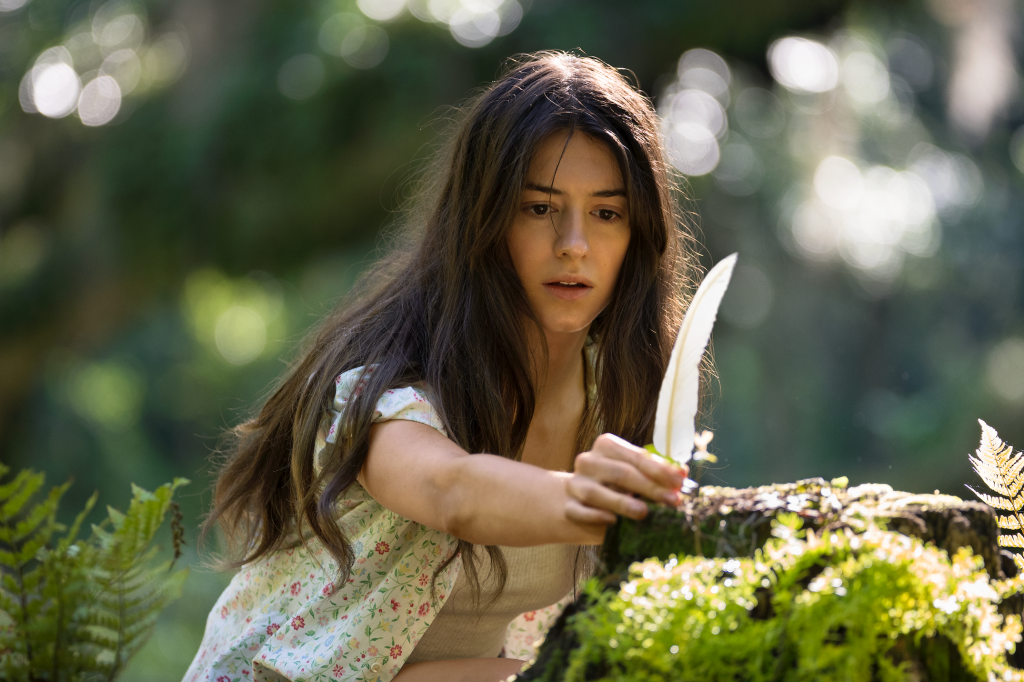 The first sign that the big screen adaptation of controversial author Delia Owens’ mega-bestselling 2018 novel Where the Crawdads Sing might not play to its (admittedly slight) strengths flaps into view in an ungainly fashion during the sweeping opening sequence.

The epitome of an airport read, where the Reese Witherspoon-championed coming-of-age/murder mystery genuinely sings is in its depiction of the living, breathing sights and sounds of the North Carolina marshes. It’s in this vast, waterlogged expanse, with its towering, tendril-enveloped trees, that a cruelly abandoned young girl Catherine Danielle Clark – aka Kya – is forced to fend for herself when, one by one, her selfish family all check out on her.

But aside from malnourishment, her free-ranging life is predominantly depicted as somewhat idyllic. She is happiest amongst the birds, collecting their feathers alongside shells and other natural detritus she covets in her ramshackle cottage. Happiness for Kya lies far from school and the cruel taunts of townsfolk who dub her the ‘Marsh Girl’ and wonder aloud if she might be the missing link.

So when the first sight we’re presented with in this adaptation – penned by Lucy Alibar, co-writer of the similarly-themed Beasts of the Southern Wild, and directed by Olivia Newman (First Match) – is a glaringly obvious CGI feathered friend, it’s a head-scratching disappointment. Surely Legion cinematographer Polly Morgan, shooting on location in Louisiana, could have deployed some lush b-roll and saved a whack on post-production fakery that’s simply not up to scratch?

Lord knows the tourism postcard stuff was the best shot they had. The other problem with this cinematic adaptation is that dialogue and believable plotting are not Owens’ strength, so this suffocatingly faithful rendition imports all the source’s flaws intact.

Normal People and War of the Worlds star Daisy Edgar-Jones once more plays teenaged as Kya and, at 24, this casting rut is, itself, getting to be a bit ridiculous. Newcomer Jojo Regina pops up in awkwardly fast-forwarded flashbacks to roughly sketch out her lonesome, mussel-plucking childhood.

Perhaps a bit more focus here would have added some grit, but we’re thrown almost immediately into the story’s least convincing aspect: Kya’s arrest on suspicion of pushing duplicitous and violent lover Chase Andrews. Fellow Brit Harris Dickinson does his best as a somewhat wooden Abercrombie and Fitch model-alike meanie who, we learn, winds up face down in the mud after possibly being hurled from a rotting watchtower.

But did Kya do it, or is she the victim of a herd mentality that fears the other?

It’s down to a white linen-suited David Strathairn as her temporarily un-retired lawyer turned knight in shining armour Tom Milton to prove her presumed innocence. Radiating wholesomeness, Strathairn is as welcome a screen presence as ever, but the role is a touch on the nose. Tom does have a point, however, and is at great pains to prove just how implausible a murderer Kya is, and how almost non-existent the clues that supposedly point to her are. If the eminently likeable Edgar-Jones had more to work with, surely we could care more about Kya’s fate? But there’s so little there.

Sharp Objects’ Taylor John Smith doesn’t really have much to work with as Kya’s stultifyingly dull first crush Tate Walker. While on the one hand it’s a small mercy that the screentime devoted to the Gone with the Wind-level wince-inducing caricatures of African-American shopkeepers Jumpin’ and Mabel (Sterling Macer Jr and Michael Hyatt) is curtailed, it doesn’t exactly solve the inherent problem. And in so doing, it removes what little there is of a connection to Kya’s free-spirited childhood.

I won’t wade into the social media-led uproar over whether this film should have been made, nor whether Taylor Swift should have contributed a song, but it is my job to ask if the book makes for a good film or not.

While it’s not quite as bad as it could have been, it is resoundingly bland. Even at a touch over two hours, the whole endeavour seems to be in an unseemly haste to zip through the novel’s stilted conversations and increasingly silly plot twists that unfortunately feel far more ludicrous when blown up on screen.

Seriously, is it at all likely that not one of Kya’s siblings would think to take her with them when fleeing merciless beatings at the hands of their alcoholic father (Garret Dillahunt)? Or that one intercepted letter somehow prevents Kya’s mother (Ahna O’Reilly) from ever returning for her, requiring a laboured explanation?

This is to say nothing of Kya’s risible change in fortunes, directly connected to her scavenged collections, or the glaringly obvious reveal slightly tweaked here in such a way as to make the Where the Crawdads Sing’s wild denouement even dafter. We’ll just skip over the makeup crimes inflicted in one final super-speed montage.

Owens’ millions of readers ensure a considerable built-in audience, and maybe they will love the undercooked molasses served up here. Or maybe it will feel thinner, perhaps best watched when stuck on a long-haul flight?

For me, like that hokum CGI opener, it never really took off.

Where the Crawdads Sing