TV Review: The Cult (and culture) of The Family

Expanding on Rosie Jones' 2016 documentary, this 3-part ABC series digs deep into the nature of evil and how society permits it.
Adrian Martin
[This is archived content and may not display in the originally intended format.] 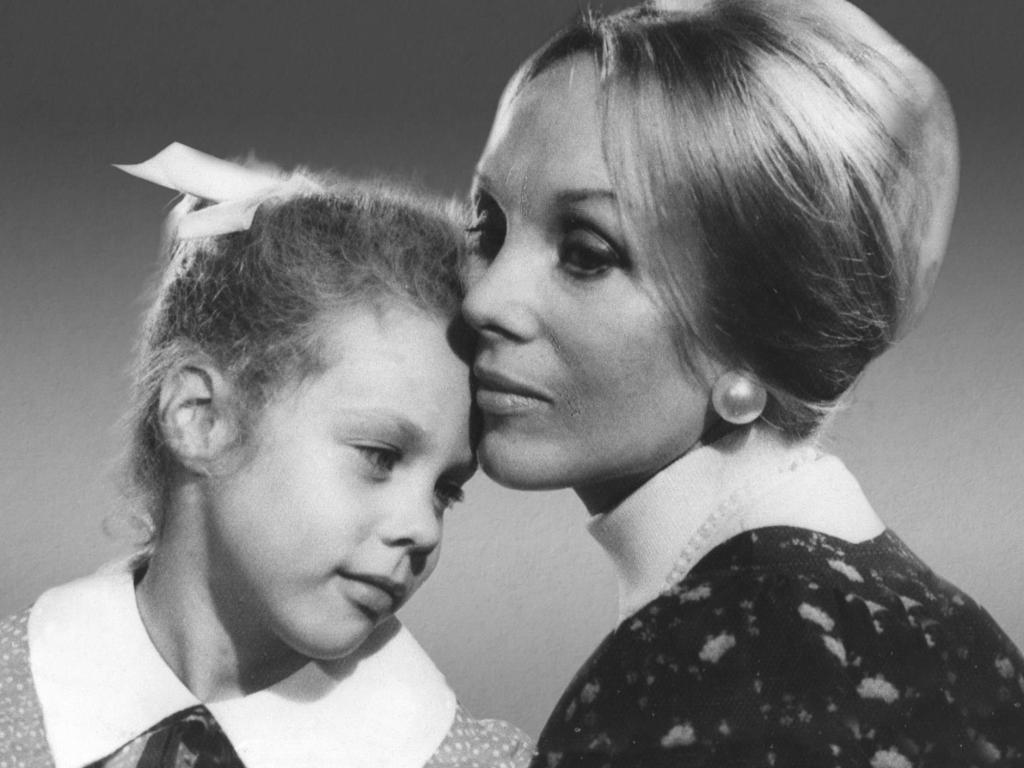 The truly creepy cult leader Anne Hamilton-Byrne and Leeanne, one of the children in her ‘family’. Source: ABC.

It has been a disquieting time, recently, following in the various media a series of gruesome real-life accounts detailing the manipulation and abuse of children. For the convicted Cardinal George Pell of the Catholic Church, the threat of retribution – wielded on choirboys who had strayed into the wrong room at the wrong moment – was, it seems, a favoured psychological tool. For pop star Michael Jackson, as retold in the documentary Leaving Neverland, the emotional blackmail of each of his victims came in the form of a promise of everlasting love – plus the warning that, if their activity were ever made public, they would both go down in flames.

For Anne Hamilton-Byrne, leader of the Australian-based cult known as The Family (most active between the late 1960s and 1987), the key was domination and control, achieved through any means deemed necessary: strict discipline, severe punishment, isolation from the wider society, administration of LSD, sexual abuse, starvation, psychological double-binds (such as the alternate giving and withdrawing of love) – just to name a few of her scattergun tactics.

With the rise of films like Wolf Creek and The Babadook in Australia in recent years, we hear a lot about the possibilities of a type of national fiction we might call “Bush Gothic”, playing on the curiosity and anxiety of city dwellers as to what really goes in our remote rural areas, small towns and outback outposts … But who needs imagination once the cold, hard facts about The Family (with its country houses and acres of real estate) are laid out so clearly?

In the three-part series The Cult of The Family, writer-director Rosie Jones (The Triangle Wars, 2011) has done a remarkable job of researching, retrieving, building and organising a vast archive of documentary material – from home movies and candid interview segments to police interrogation tapes and newspaper clippings. The series has been expanded from a previous feature film version, The Family (2016), and I am grateful that Jones and producer Anna Grieve (director of the memorable 1985 short Skipping Girl) have had the opportunity to pace and unfold such dense material over a nearly three-hour span.

There is also a discreet use of re-enactments for dramatic emphasis and narrational clarity, but these never tip over into sensationalism. Throughout, the sterling contributions of director of photography Jaems Grant, editor Bill Murphy and composer Amanda Brown help lift the material well above the level of simple reportage.

Where Leaving Neverland restricts itself to an interview-based focus that necessarily excludes any larger speculation on how a phenomenon like a berserk Michael Jackson comes into existence and is maintained and enabled for decades on end, The Cult of the Family gives itself the liberty to outline several broader social and cultural contexts that help explain the rise of this cult. Disturbing indeed is the tracing of connections between the influential “parapsychologist” Raynor Johnson (1901-1987, author of Nurslings of Immortality) and his network of pals in government, the medical profession, the police and University of Melbourne – a network that facilitated the veritable “stealing” of children for The Family, as well as the inculcation of an insane ideology among many people sincerely searching for a spiritual path in life. It’s a genuine Australian Nightmare that, so far, few of our fictions (on screen or in literature) have tried to encompass and make sense of.

Like in Leaving Neverland, the hammer of moral judgement and blame inexorably falls, in part, upon those passive people who either “went along” with the organising principles of The Family – giving up their own children to the guru and agreeing to pose as “uncles” and “aunties” – or those who suspected the dark truth but said nothing. In fact, as the series proceeds to detail (in episode 3) the long aftermath of the arrest and trial of the Hamilton-Byrnes, we grasp what a slippery slope this type of complicity was – ranging from states of outright denial in the cult’s central ring of facilitators and supporters, to complicated feelings of residual loyalty in several of the children.

More than once in The Cult of the Family, we hear descriptions of Hamilton-Byrne as demonic, diabolical, the very personification of evil. Pop culture mythology would be hard-pressed to invent a grander femme fatale figure than this. The gendering of this evil in the public imagination is a curious business: at moments during the series, it can seem odd that Anne’s husband, Bill, is be let off rather lightly (by observers and participants alike), almost excused as himself a (quote unquote) “beglamoured” victim seduced by a witchy spell. On the other hand, there is no doubt that Anne Hamilton-Byrne indeed put herself at the centre of the cult by exploiting a heady cocktail of allure, celebrity (most of it fabricated) and canny manipulation of other people’s vulnerabilities and weaknesses.

Questions remain concerning what, ultimately, Anne Hamilton-Byrne was really after. Did she truly entertain the mad fantasy that her Family would grow and one day inherit the earth, after (as Raynor Johnson fervently believed) the aliens swept down from outer space? (Her attempted expansion of the cult via the purchasing of properties in several countries might suggest so.) How seriously did she take her own patched-together belief-system, with its grotesque New Age amalgam of yoga (and other Eastern practices), a hint of British aristocracy, and messianic Christianity (with the leader herself as the new Christ)? Was it all just a clever subterfuge in order to (as journalist Marie Mohr suggests) amass as much personal wealth as possible? (A tasty estimated figure of 50 million dollars is mentioned.) Or – as the account in episode 2 of Hamilton-Byrne’s own troubled, dysfunctional childhood and her constant drive to “remake” herself both in looks and personality strongly indicates – was the motivating fantasy primarily, all along, to create her own isolated little “circle”, a perfectly adoring, ever-obedient, never-changing, makeshift family of blonde-haired, lookalike kids?

In the popular genre of the gangster film – particularly in the hands of a connoisseur like Martin Scorsese – control is always the central question: control of oneself, control of minions, control of an “empire” … not to mention the elimination of enemies, turncoats, “weak links” and nosey investigators. The Cult of the Family is, in its own chilling way, a gangster story. Like in Goodfellas or the Godfather saga, a key fault-line is the problem of trust and betrayal – exacerbated by a rising tide of paranoia and delusion swamping the power-monger at the head of the food chain. As Hamilton-Byrne loses one accomplice after another, and as her “children” slip out of her control, she even turns (as documented in one delirious sequence) to casting black magic curses on cops, reporters, lawyers and probably anyone who stopped believing in her.

But the other fault-line – the one that absolutely nobody can halt in its inexorable motion – is time itself. Again like Michael Corleone or the various “Mr Big” mobsters in Goodfellas, old age creeps up on Hamilton-Byrne, destroying the bases of her power – and, in her case, afflicting her with dementia (she is still alive, in that condition, at age 98). We are left with the strangely satisfying hint that her former associates are now squabbling to divide up her properties and her fortune.

In both Leaving Neverland and here, the “crunch” moment for some survivors of abuse comes when they grow into adulthood, struggle to form intimate relationships and eventually have their own children – only to be faced with the literally nightmarish thought of this next generation of kids becoming subject to the same horror. The Cult of the Family gives us some hope that this infernal cycle can indeed be broken.

All three episodes of The Cult of the Family are available on ABC iView now.