A flagship series for Stan in the feverish battle for local market share, Bloom is a sophisticated and superbly acted supernatural mystery.
Chris Boyd
[This is archived content and may not display in the originally intended format.] 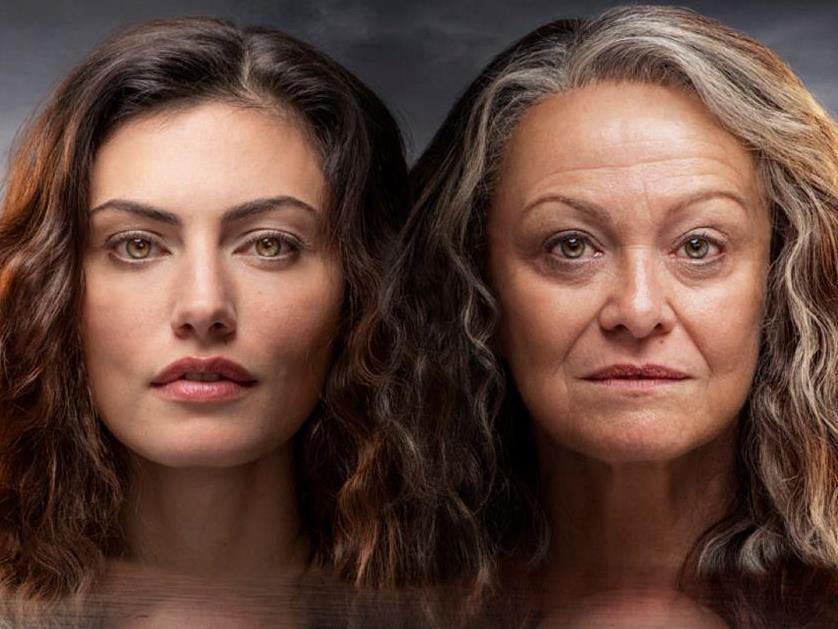 In this increasingly speculative world, distinctions between ‘literary’ and ‘genre’ on the page, stage and screen would be irrelevant were it not for the persistent and naggingly wide variations in production values, especially in Australian-made television. As good a series as Tidelands is, for example, it’s let down by a style of acting that harks back to the heyday (and excesses) of ’90s soap-on-a-rope-opera Chances.

Do not be lulled by the adoring cinematography and the heroically contained acting! There isn’t a single inessential detail in the 52 minute premiere. It amply rewards the closest attention: the news report while Ray dries dishes; that early model green Falcon which rounds the corner; the creepy nursing home orderly loitering in the background, you name it… it counts. All of it.

Set a year after a fatal flood in the fictional Victorian country town of Mullan – Clunes in fact, West of Daylesford – Gwen is on a steep and ugly slide into dementia. Max, a dairy farmer, is on the brink of losing all. And Ray has nothing but his increasingly unrequited devotion and his labrador Honey (“fifteen, arthritis everywhere, almost blind”) who has collapsed in the garden after eating a glittering yellow jube-like thing growing under the tree where a boy drowned.

Music by Jackson Milas and Antony Partos is a constant source of delight from the vibey theme music over the opening credits (tendrilled watercolour animation and Tim Burtonesque graphics) and jazzy double bass-driven chase music to the very end.

Cinematography by Geoffrey Hall is glorious, the camera often circling its prey… sometimes concentrically in the opposite direction to the flow of the action. The green Falcon scene, ten minutes into the first ep, is worthy of Agnès Varda. Almost every shot is made with available light, sharply angled and gorgeously crepuscular. There’s an economy in the visual story-telling – an abbreviation, a codification – that’s reminiscent of music video. The simple framing of Max, seated, shot through a door from behind, hints at what we’re about to see.

It’s only a very slight spoiler, I suppose, to reveal that the jube Honey eats turns her into a frisky puppy. And the strange young man (Ryan Corr) who literally and metaphorically streaks through the opening scene in nought but his socks (down the main street at dawn) is under the influence of the same magic: it leaves him “full of beans, sexual.”

The strange fruit-jubes turn Jacki Weaver into Phoebe Tonkin (who has an icily beautiful Natasha Henstridge vibe even before she turns into a hormonal reproductive marauder, Species-style!) but they leave Bryan Brown unchanged. Perhaps she needs it more, Ray muses. Perhaps, as Farida (Amali Golden) says, it’s “Karma. A second chance to live the life stolen from us.”

John Stanton has been gracing our screens for more than fifty years: from Bellbird and Homicide in the 1960s – then playing Malcolm Fraser in The Dismissal (1983) – and on to Pirate Islands and The Doctor Blake Mysteries. I doubt that he has turned in a better performance than he does here under the direction of John Curran. (And in latter episodes by Mat King.) Rod Mullinar and Peter Carroll make small but equally telling contributions.

Bloom loses a great deal of focus and impact when the narrative lurches towards a more orthodox kind of action drama in late episodes. There are frustrating non sequiturs when writing duties are passed on to Alison Nisselle and Matt Cameron (in the fourth and fifth episodes respectively) and then back to creator Glen Dolman for the finale. Even the camera’s gaze seems to lose interest in the older characters as the series draws towards its climax.

It will be interesting to hear if the punters who are captivated by the premiere will stay to the end. Likewise, I wonder if the viewers who might love where the series ends up will be sufficiently drawn in by the languorous premiere.

Whatever its flaws, this is a series that deserves a mass audience.