This three-decades-in-the-making reincarnation of an icon thrusts hearts into throats and minds into overdrive.
Sarah Ward
[This is archived content and may not display in the originally intended format.] 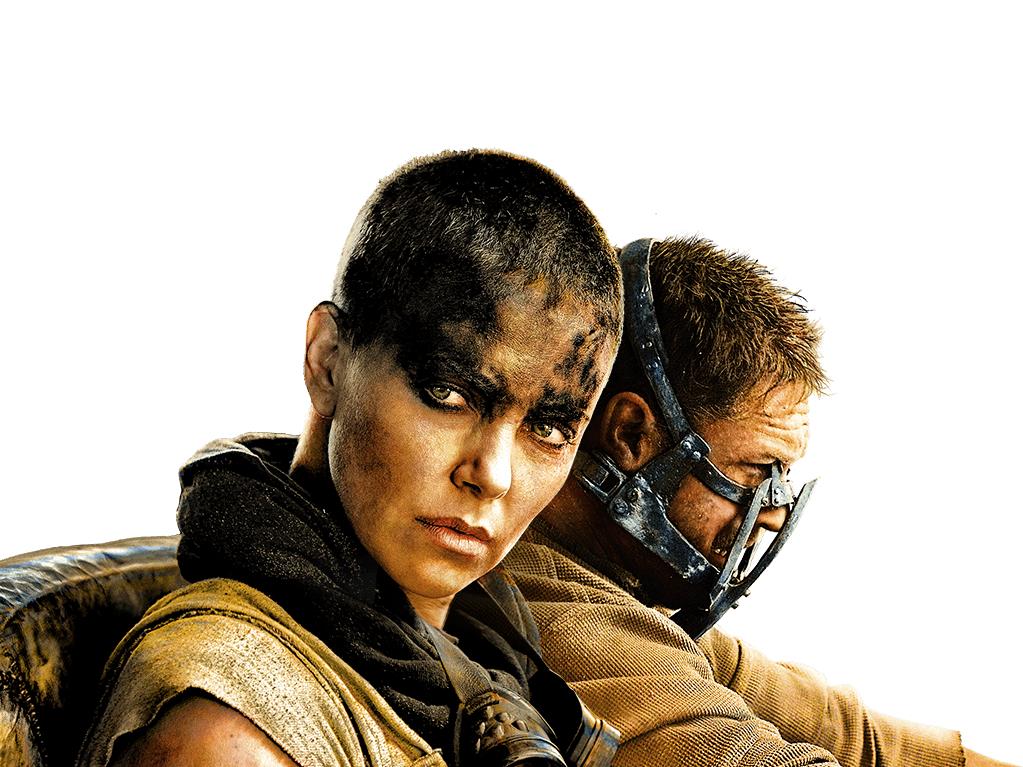 A character, a franchise and a mythology left to percolate for thirty years is a curious thing. That it has been allowed to bubble and boil over in the mind of its original creator is even more curious, and that it results in a film that evolves from its predecessors like a creature growing out of primordial ooze is even more curious still. Here, that figure, series and accompanying lore goes by the name of Mad Max, and the visceral sense of jaw-dropping wonder that emanates from its return to cinema screens comes complete with a jolt of electricity. Making his first live action film since 1998’s Babe: Pig in the City, writer/director George Miller lets his thoughts stop stewing, prods them out of the soup they’ve swirled in for three decades, and surges as much current through them as viewers can handle.

The result, Mad Max: Fury Road, is the type of long-gestating installment audiences couldn’t ever have imagined would actually come to be, let alone in such an adrenaline-fueled manner. It’s a film that dreams are made of, revisiting the beloved legend that is the titular man and his on-going tale, and doing so with equal amounts of authenticity and ingenuity. Paying respect to what has come before, and using it to build something new, Miller’s iconic protagonist – as first seen as a police officer protecting his family in post-apocalyptic times in the 1979 effort that bears his name, then deemed a crusading Road Warrior prowling the frontier and fighting over fuel in the 1981 sequel, only to be sent Beyond Thunderdome to ponder the next generation of survivors in 1985’s third outing – is a man both reborn and reflecting cinema history. In a movie aligned as much with its past as it is with its present, Max is stripped down to his primal needs and deeds, yet never simplified. He carries the weight of previous pain with him in every step, but he’s always looking forward.

After stumbling into the path of resource-hoarding warlord Immortan Joe (Hugh Keays-Byrne, Sleeping Beauty) and his ruthless lackeys, Max Rockatansky (Tom Hardy, The Drop) is also rendered little more than sustenance – a human blood bag, in fact. In a society that exploits people as much as power, he’s wired in to the veins of a pale, eager-to-please war boy, Nux (Nicholas Hoult, X-Men: Days of Future Past), and strapped to a car in pursuit of Imperator Furiosa (Charlize Theron, A Million Ways to Die in the West). Their target has absconded with Joe’s fertile young wives (Transformers: Dark of the Moon‘s Rosie Huntington-Whiteley, Insurgent‘s Zoë Kravitz and Magic Mike‘s Riley Keough among them); however Max’s sympathies soon sit with the pursued over the pursuers.

Across four iterations now, the Mad Max saga frequently thrusts its lead into the role of unlikely avenger and saviour – and while that remains true here, with the interpretation of the character more sullen and stoic than ever, he’s not the only person charged with changing the status quo, challenging abuse or finding a way to persevere. The film’s energy radiates from the strength of Furiosa as much as Max, and from Theron’s dignified warrior as much as Hardy’s reluctant protector. Miller and his co-scribes Brendan McCarthy (better known for his art department work, including on Teenage Mutant Ninja Turtles) and Nick Lathouris (an actor in the original Mad Max) clearly have much to say about the way a savage society can find a future beyond man’s worst instincts, their highlighting of gender issues instrumental to the narrative; they also know exactly how to say it.

It doesn’t come as a surprise that the bulk of Fury Road rushes across the screen as a high-octane action film should: on the road, rhythmically speeding, swerving and exploding through an operatic onslaught of chaos and carnage, as set to a constant mechanical hum as well as the tension-infused thrum of Junkie XL’s relentless score. What might astonish is the way Miller and his crew – particularly cinematographer John Seale (The Tourist), and editors Jason Ballantine (The Longest Ride) and Margaret Sixel (Happy Feet) – have pulled off a feat that may seem routine in this time of Fast and Furious box office domination, but looks anything but. There’s not only balletic anarchy in the way the feature propels its supercharged story forward through constant movement and unceasing physical momentum, but gritty, mud-smeared elegance too. More than its predecessors and more than most movies, every frame ripples with brutal beauty, whether of saturated colour in the red sand flying and the blue night sky closing in, or of breathtaking choreography in kinetic crashes of twisted vintage metal, or of the thoughtful way the underlying concept of survival is weaved throughout the visuals.

Indeed, Miller leaves no doubt that his latest addition to the Mad Max fold takes the bleak fabric of the initial installments and fashions them into something frenetic and finessed, as well as faithful yet fresh. Nods to the first three films abound in costuming, camera placement and practical effects, yet his central character blossoms with modern-day minimalism courtesy of Hardy’s near-silent portrayal, his heroine rages as the emotional core of tale that is both tough and tender when needed, and his narrative might remain sparse in detail; however it is striking – and still just as desolate – in its updating of the series’ self-preservation focus. It’s the work of a filmmaker proving the truth of thirty years of trumpeting his visionary status, and doing so in a raucous, riveting 120-minute road trip. Fury Road is also a work of cinematic spectacle that doesn’t just keep engines revving in its twenty-first century, three-decades-in-the-making incarnation of an icon, but thrusts hearts into throats and minds into overdrive as well.