Tracing a year on the frontline of Australian environmental activism, Sally Ingleton's documentary is most powerful in its portrait of youthful eco-warriors.
Glenn Dunks 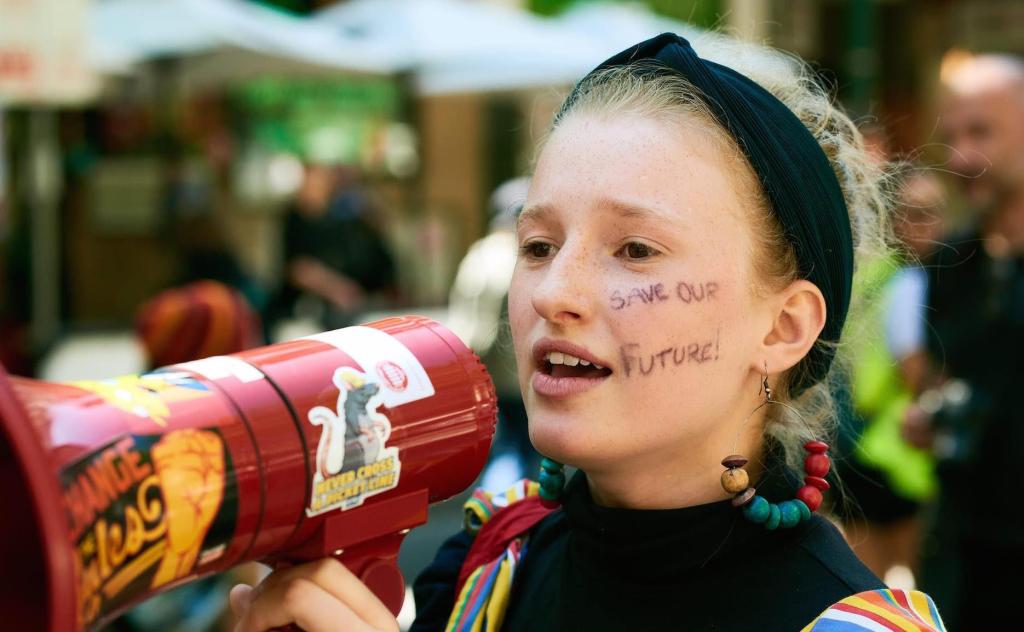 There’s a line in Sally Ingleton’s Wild Things that I have come back to again and again. It’s spoken by a radio talk-show host asking 15-year-old activist Harriet O’Shea Carre the proverbial question: ‘What would a kid know?’

Her response is not important (but for the record, she knows what the scientists tell her), but it’s a line we have all heard before. One of derision and superiority, used by disapproving parents and climate change deniers alike when faced with strong-willed youths who are eager to make their voice heard as they storm towards adulthood. I don’t know if you’ve spoken to a teenager lately, but they are sponges of information who often form life-long passions at an impressionable age. It probably isn’t wise to patronisingly tell them to just study more and protest less, or that their vociferous protection of the environment is, ‘against our way of life’.

But that friction is what helps make Wild Things one of the better Australian documentaries of late. Naturally, like many films about climate change, Wild Things sits somewhere between inspirational and soul-destroying. But in a good way. It follows on the heels of Greta (about noted Donald Trump antagonist Greta Thunberg) and another locally produced doc about climate change, Kathy Drayton’s The Weather Diaries, to reposition the issue as one for and about the youth of today. Wild Things isn’t as winsome as Damon Gameau’s hit 2040, which benefited from visual effects and a first-person narrative sold on its director’s reputation as the man behind the phenomenon That Sugar Film. Nor is Wild Things as dour, thankfully, as international titles like Anthropocene or 11th Hour.

Many of the stories it tells here, both historic and contemporary, are rage-inducing. Others are stirring and may give audiences a smidgen of hope that something might eventually be done, even if today’s leaders continue to ignore the pressing issues. Because of this, the film’s empowering message should procure it a cinema audience, even if its target audience of young radicals don’t discover it until its inevitable streaming release down the line.

Given Carre and her cohort of teenage activists are Wild Things’ most potent image – and the filmmakers know it, positioning them right there on the poster – it’s somewhat disappointing that the film seems to forget about them towards its climax; Carre’s story seemingly coming to an end as she watches Thunberg speak at a rally in New York City before she attends a UN kids’ delegation that (perhaps due to legal or diplomatic reasons) is not shown or discussed.

That isn’t the say the other half of the film isn’t also invigorating subject, but Carre and her fellow classmates from Castlemaine are such a captivating spine to the documentary that it’s hard not to wish they were on screen more. You mean to tell me they still have to go take maths methods class and learn how to make pottery ash trays? Disappointing!

The other half of the film is focused on a revolving catalogue of anarchist activists around the country whose efforts to stop old growth deforestation and coal mining have their roots in Aussie environmentalism going back to the 1970s. In particular, Ingleton focuses on Dr Lisa Searle, whose work in Tasmania alongside her blockage partners is shown actively stopping some of the logging that continues. Ingleton and editor Steven Robinson intercut her story with incredible archival footage of Australia’s earliest protests at Terania Creek and the Franklin River (featuring a young Greens Party leader Bob Brown).

Alongside Searle, the fight to stop mining in Queensland is poignantly demonstrated in the peaceful blockades of grandmothers who fear for the world they are leaving behind for their grandchildren. Hopefully the M rating Wild Things has received as a result of the copious swearing by agitated truck-drivers blocked from entry to mine-sites doesn’t scare off parents wishing to educate their children (and themselves) about the realities of climate change.

Beyond it’s very well-meaning themes, I did wish the film hadn’t relied quite so much on showing us talking heads, as this often meant cutting away from that great archival footage and those effective, sweeping shots of protests. But the film’s team of cinematographers have made lovely use of beautiful landscapes. Especially those from deep within the Tasmanian temporal rainforests with their vivid greens and earthy browns, which complement the more verité-style use of handheld camerawork and smartphone recordings on the ground at protest marches and embedded in the climate activist frontlines.

Australian documentaries can often feel like they lack a cinematic quality that would allow them to compete on the world stage – too focused on a television house style to really electrify. Nobody could call Wild Things anything other than traditional. But like Catherine Dwyer’s Brazen Hussies last year, there’s an urgency and fine technical savvy here that inspires something beyond pleasantries. Ingleton is an experienced filmmaker whose many environmentally themed documentaries (including Acid Ocean, Seed Hunter, Possum Wars) have sold around the world and played at festivals. In the press notes, she says this is the first time in nearly 30 years she’s had to make a documentary without the support of a broadcaster. Like the young activists portrayed in Wild Things, I hope to see her name on screen again soon.