Film Review: This is Port Adelaide celebrates a place, a tribe, a club 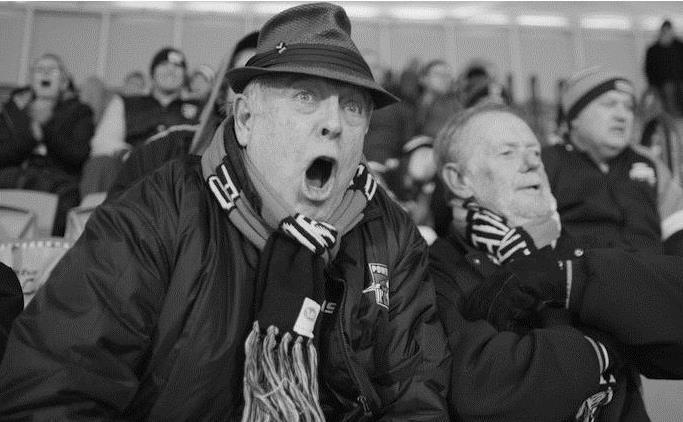 Image: This is Port Adelaide. Supplied.

The new documentary by South Australian filmmaker Nicole Miller is an homage to a place, a tribe, and a football club. The place is Port Adelaide, a working class area in Adelaide’s western suburbs; the tribe is their passionate body of supporters; and the club is, of course, the Port Adelaide Football Club (PAFC), with its Port Power AFL team and their SANFL incarnation, the Magpies.

Made with the support of the Adelaide Film Festival Investment Fund and the SA Film Corporation, This is Port Adelaide was intended for release last year to coincide with the Club’s 150th anniversary. This milestone makes the PAFC one of the world’s oldest and most successful sporting clubs, and one that has survived the rigours of war, depression, changing economic and social climates, and, most recently, the impact of COVID. That they refer proudly to their jersey as the ‘prison bars’ speaks volumes about the Club’s unshakeable sense of self.

The doco opens with some fascinating black and white footage of the Club’s history, featuring its playing legends, and many of its sporting triumphs. There is no doubt that the Club of old was a powerhouse on the field, winning multiple premierships and giving life to some genuine footballing heroes.

Debut director/producer Miller continues with the black and white style throughout the 90 minutes. As a directorial decision, this does fit with the gritty working class ethos of the area, even though that is rapidly changing now as old cottages become hipster havens and great swathes of smart townhouses appear on every corner. But to me, the black and white filmic style doesn’t quite work – it somehow diminishes that valuable archival footage and all the old photographs; it also seems to drain the life out of the new material. After half an hour I was longing for some colour to add vibrancy and excitement to the narrative. The colour teal is as symbolic of Port Power as purple is to Cadbury chocolate, but you wouldn’t know it in a black and white film.

Miller was mentored by acclaimed Australian director/producer/screenwriter Justin Kurzel, who made his name ten years ago with another quintessentially South Australian film, Snowtown.

On one levelThis is Port Adelaide tells a universal story of identity and cultural tribalism, of a place and a club that are synonymous. On another level, it tells a very personal story of the players and the fans who live and breathe Port Adelaide with a messianic belief that their club should reign supreme. As someone who has lived in the area for many years, and who does not follow football, I know this to be true. To live here and not be a Port supporter is indeed to be a stranger in a strange land.

To live here and not be a Port supporter is indeed to be a stranger in a strange land.

The film clearly benefitted from the involvement of Daniel Norton, PAFC’s General Manager of Media, as an executive producer and his role in securing interviews and access to players, management, the archives, and the fans. And it is the fans who are the film’s great strength with their personal stories of being involved with Port that go far beyond the footy. The young woman who always went to the footy with her mum and now knows her mum is still there in spirit, watching the game with her; the old blokes who volunteer religiously for the club and are universally known as Dad’s Army; and all the people who have found solace and friendship at Alberton Oval, the physical and spiritual home of the PAFC. Their passion gives This is Port Adelaide its emotional core and comes closest to explaining its place in the local psyche.

‘Alberton Oval is my happy place,’ says life-time Port supporter David Shelley. ‘Whenever I pull into the carpark it’s like you’re home – you feel safe, you feel wanted, you feel loved, and I love going there.’

While the film was in production, the Club began a push into China, seeking to expand the brand and gain a sporting foothold in the lucrative Chinese market. But then COVID hit and all that was put on hold. Alberton Oval was closed and playing was banned for months; when they could play, it was to an empty stadium.

‘This was the most devastating financial impact the Club has been through in its 150 years,’ admits PAFC Chairman, media identity David Koch. The Club offered members full refunds for tickets to the cancelled games, but very few took up the offer, showing their financial support for the Club when it needed them the most.

Apart from this one mention of finances, there is almost nothing about the management of the Club, which is undoubtedly a substantial business. Some discussion around finances, government and private funding, corporate sponsorships, and the business side of football at this elite level would give the doco some real substance. Let’s see a few of the boardroom battles and life behind-the-scenes.

The film ends with the drama of last year’s premiership loss by just six points to Richmond in the AFL preliminary final. The heartbreak and devastation felt by the players and the fans is palpable.

Ultimately, This is Port Adelaide is an affectionate and somewhat nostalgic portrait of the Club and its community. The film has its national premiere in Melbourne on Friday 16 April, ahead of Port Adelaide’s clash against Carlton at the MCG the following night, before releasing in cinemas nationally from 22 April.

Dr Diana Carroll is a writer, speaker, and reviewer based in Adelaide. Her work has been published in newspapers and magazines including the SMH, the Oz, Woman's Day, and B&T. Writing about the arts is one of her great passions.