Now available online, the Australian feminist horror anthology takes us from giggles to shivers in a scream of dark joy.
Mel Campbell 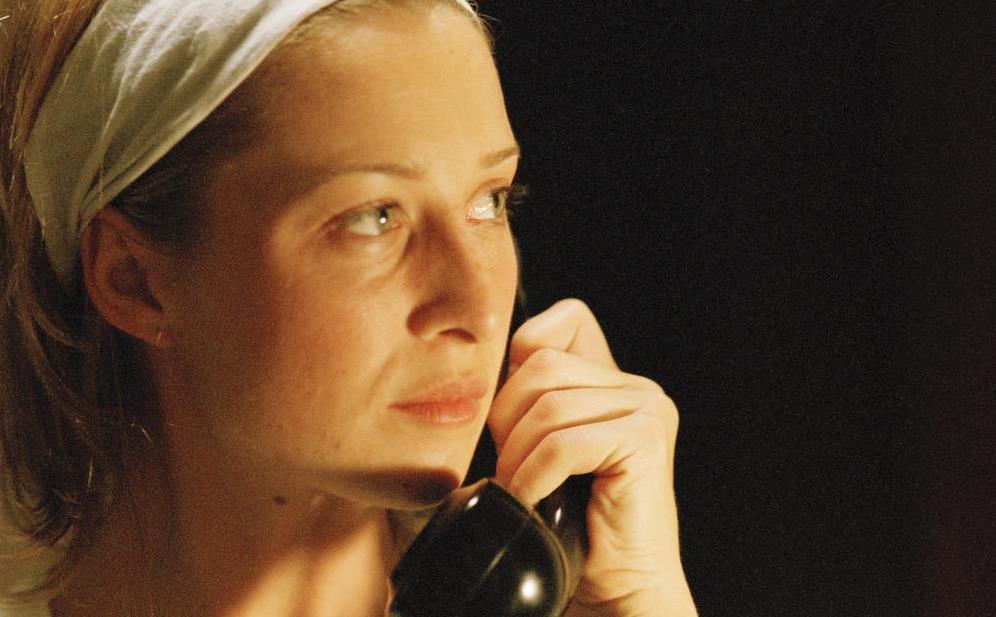 Asher Keddie in ‘The Intruder’ segment of Dark Whispers Volume 1.

This review was originally published in 2019 to coincide with the film’s Monsterfest screening but republished to coincide with Dark Whispers Volume 1 releasing on all major digital platforms on 25 January 2021.

Horror anthology films, such as the V/H/S series (2012–14, and on TV from 2018) and The Field Guide to Evil (2018), provide a thematic frame for experiments and emergences in filmmaking. They often allow established directors – or established creatives who are better known for non-directing work – to adopt a looser, more playful idiom. They can also provide a showcase for directors who otherwise struggle for attention within an industry dominated by white men.

In Australia, Dark Place – an anthology by five Indigenous directors – screened at MIFF in 2019. And now comes Dark Whispers, created by Megan Riakos and executive-produced by indie horror impresario Enzo Tedeschi, which resembles the American XX (2017) in its project to spotlight Australian women directors.

The quality of the craft in anthologies tends to be uneven; at its worst, there can be a distinctly clunky ‘film school’ vibe. But viewers expect and forgive this, because what makes these shorts interesting is the originality of their concept or approach. And after all, it’s only a few minutes until the next story starts. Dark Whispers is more diverse than many horror anthologies, incorporating 10 short films plus the frame story, whereas other films comprise only four or five. So, while not everything here will be to everyone’s taste, the anthology is bursting with ideas and energetic visual approaches.

Riakos directs the frame story, The Book of Dark Whispers, in which Clara (Andrea Demetriades) is packing up her dead mother’s house and discovers a mysterious leather-bound book that literally contains the story of each short film in the anthology and acts as its introduction. As Clara reads – first with curiosity, then with fear – she hears her mother’s ghostly voice, and realises she’s the new custodian of a female storytelling tradition.

Some of these shorts were made as long ago as 2005 (Asher Keddie’s thin eyebrows in Janine Hewitt’s The Intruder are an absolute tell!). So, the fact that this is an anthology by curation, rather than commission, means the frame story needs to work harder to create a sense of thematic cohesion. I appreciated the way Riakos populates Clara’s mum’s ‘haunted house’ with the key motifs of each short film. It’s unsettling, for instance, that Clara finds handfuls of rose petals in her mum’s cardigan after reading Isabel Peppard’s Gloomy Valentine, or sees a glimpse of the kuntilanak spirit – the ghost of a woman who died while pregnant – from Katrina Irawati Graham’s White Song, peering round a doorway.

But I wanted this uncanny stuff to have been pushed even further – and perhaps for Riakos to have found a more explicitly postcolonial thread, given how many of these films have a subtext of race as well as gender. Shorts are often elliptical, richer in implication than in explication, but they also risk coming across as undercooked. Stop-motion animation Gloomy Valentine, for instance, seemed to come from another culture whose resonances I didn’t understand. Clara, reading her book of whispers, recoils from it with an extreme distress I didn’t share.

Some shorts are more serious than others. Madeleine Purdy coaxes delightfully vulgar comic performances from her cast in Little Sharehouse of Horrors, while Lucy Gouldthorpe’s shamelessly corny Grillz offers a true match made on Tinder. But in the elegiac The Intruder, Zoe (Asher Keddie) hides from her stalker on a dark and stormy night, only to encounter instead her estranged best friend Angela (Bree Desborough). And The Ride, directed by Marion Pilowsky (The Flip Side) and inexplicably set in England, follows a student (Ed Speleers) who accepts a lift into town from a random driver (Anthony LaPaglia, sporting a bad English accent) only to be forced into complicity with an act of violence.

I also loved shorts that were heavy on mood and texture. Jub Clerc’s Indigenous mangrove monster tale Storytime descends into a lo-fi nightmare, while White Song uses batik fabric and water as motifs, softly enveloping the characters as they’re drawn between life and death. And there’s something almost surreal about Briony Kidd’s Watch Me, in which a vain, insecure actress (Astrid Wells Cooper) believes she’ll literally die if deprived of the gaze of her boyfriend (Tosh Greenslade) or personal assistant (Jazz Yap). Kidd’s delirious use of lighting contrast recalls the dreamlike work of Peter Strickland.

My favourite short, however, was Kaitlin Tinker’s The Man Who Caught a Mermaid. It’s a self-contained, polished narrative gem with a twist in the tail: beautifully structured and shot, and truly macabre in its treatment of the way men’s power fantasies hurt both women and the environment.