Film Review: Coming Home in the Dark is one for the brave 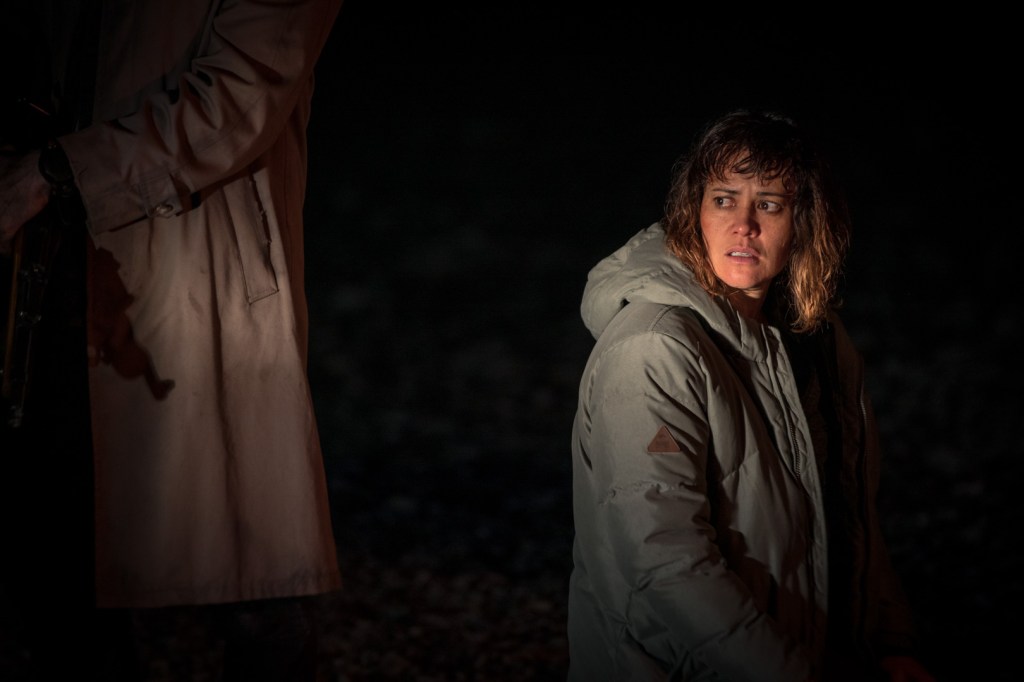 Miriama McDowell in Coming Home in the Dark. Image supplied.

‘You know later on when you’re looking back at this occasion, I think that right there’s gonna be the moment you wish you’d done something.’

If it wasn’t Covid times, that would have been the point in the cinema where the audience took a collective gasp and for the 15 seconds that followed you would have been able to hear a pin drop. Chilling. That would be one way to describe James Ashcroft’s Sundance premiering debut, Coming Home In The Dark, dubbed an ‘horrific’ psychological thriller by Ashcroft himself.

Financed with the support of the New Zealand Film Commission, on a meagre budget of $1.4million (NZ), the film balances some unequivocally Kiwi dialogue (its ‘fair go’ cadence and overuse of the word ‘mate’ to round off sentences), alongside a sequence of events so genuinely terrifying that some may argue the film simmers in the same pot as its cross-Tasman counterparts Wolf Creek or Snowtown.

some may argue the film simmers in the same pot as its cross-Tasman counterparts Wolf Creek or Snowtown.

The opening twenty minutes are perhaps the strongest as Ashcroft (who comes from a solid background in theatre) shows his hand as a true actor’s director. Cinematographer Matt Henley does an exceptional job of capturing the remote New Zealand coastline outside of Wellington in all it’s awe(come-fear)-inspiring beauty. The creative choices, such as the one to shoot directly into the sun as Daniel Gillies’ character is introduced, are bold, and despite some occasionally clunky dialogue, do enough to lift this film from the trappings of many low-budget works that have come before it.

Expertly edited by Annie Collins, the film maintains a sophisticated pace, hopping from scene to scene with such confidence and surety that it’s no surprise to hear that although this may be Ashcroft’s feature debut, this work comes off the back of eight short films made with many of the same crew. There’s a creative harmony at work, and despite the lack of resources and the ‘newcomer’ label, Ashcroft makes his capabilities clear to the audience, letting us know that we’re in the hands of a filmmaker who possesses a refined understanding of the cinematic landscape he’s exploring.

A film that relies heavily on performance, the two captors – Mandrake and Tubs, played by the spine-tingling duo of Gillies and the less voluble Matthias Luafutu – do an outstanding job of epitomising the type of character from whom nightmares are born. Their victims, played by the equally effective duo of Miriama McDowell and Erik Thomson, display an endearing chemistry on screen that only makes it all the more heartbreaking when their bond begins to erode.

As the film progresses and the motivations of the villains become clear, it’s in Ashcroft and co-writer Eli Kent’s deeper musings that the film departs from its source material. Based on Owen Marshall’s short story of the same name, Ashcroft and Kent’s reimagining offers a new crux; a piercing examination of the failings of New Zealand’s state run boy’s homes and the psychological trauma left inked on the psyche of the survivors.

Although these deeper themes offer a nuanced exploration of an aspect of society often overlooked, this grey zone may perhaps be the biggest downfall of Coming Home in the Dark. The ideas Ashcroft and Kent have scattered in here, once they make themselves clear, don’t necessarily feel like they’re worth the payoff after the departure of the only character with any remaining redeeming qualities. As the plight of survival becomes littered with death, and as Tubs and Mandrake exercise a level of violence so austere and brutal that it’s often hard not to look away, by the time we arrive at the film’s conclusion it’s difficult to really empathise with those who are left. Although it’s refreshing to see the audience treated with such intelligence, allowing us to draw our own image from the palette provided, this doesn’t stop the film’s ending leaving a bittersweet taste in the mouth.

Luafutu, traipsing the halls of his old boy’s home, offers a sentiment that is equally revealing and frustrating. ‘I hate this place’ he stammers, and we sense that those four words pertain to far more than just the decrepit building that houses the memories of his childhood abuse. We sense that he ‘hates this body’, ‘hates this life’, hates the exhaustion of the violence and his own lack of agency in deciding his narrative. As the film cuts to black soon after, we’re left to wonder what really lies at the core of this journey to ‘healing’ once the revenge-driven violence subsides.

With a debut feature as strong as this, Ashcroft surely has the world watching. A 132-minute runtime provides us with an exercise in deep breathing, enough wide shots of Aotearoa to fill the next edition of Travel NZ’s tourism brochure, and perhaps cinema’s first reference to Playboi Carti. Although it may start and end with a sunset, Coming Home in the Dark presents a world that is far from paradise. Truly a film for the brave of heart.