Film Review: ‘Blood Vessel’ is not exactly a pleasure cruise

The made-in-Melbourne tale of terror on the high seas is stronger on atmosphere than genuine fear, but genre fans will enjoy the voyage.
Guy Davis 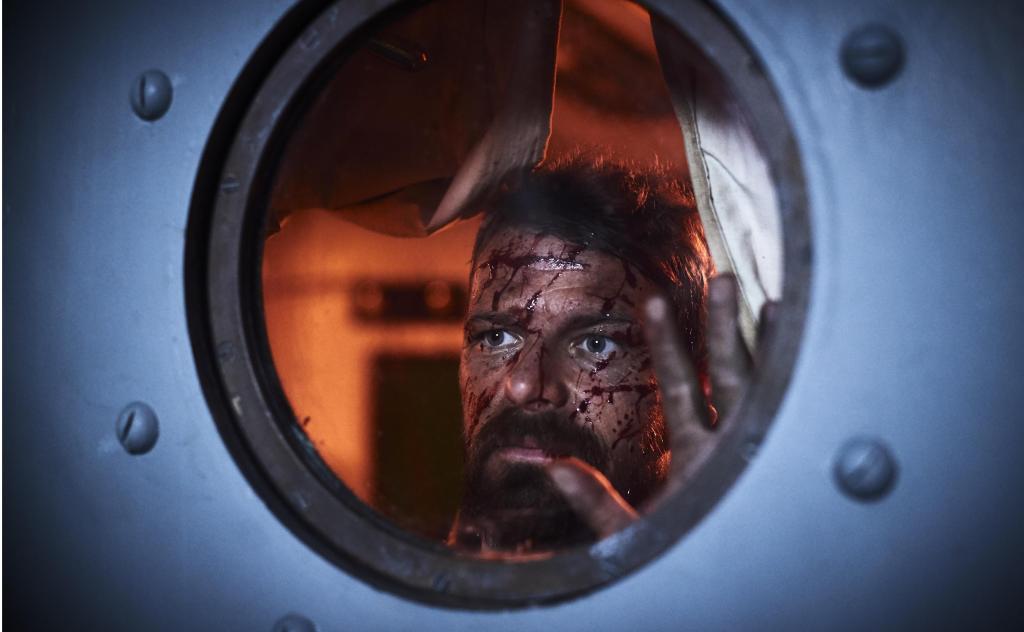 One could convincingly argue that Nazis are bad enough as they stand without throwing the supernatural into the mix.

For decades, however, filmmakers have been hellbent on augmenting the Nazis’ natural unpleasantness with chills and creepiness from beyond the grave.

Indeed, one could draw a through-line connecting 1977’s Shock Waves, in which tourists shipwrecked on a remote island run afoul of Third Reich zombies, to 2018’s Overlord, which pits American paratroopers against the gruesome outcome of bizarre WWII experimentation – and make plenty of pitstops along the way.

Following on from his fun 2012 Aliens pastiche Crawlspace, Dix has clearly read the low-budget horror movie playbook cover to cover and learned his lessons well – the made-in-Melbourne Blood Vessel has a catchily wink-wink title, wonderfully vivid key art and a neat high-concept hook that should prove appealing to audiences both local and international.

Let’s face it, Nazis plus the occult equals exploitation-movie gold.

The budget and resources are limited but Dix and his team make the most of what they have, with cinematographer Sky Davies flooding each frame with rich colours and deep contrasts, creating a shadowy and sinister but seductive environment for Blood Vessel’s predators and prey.

And while the story has enough shocks and surprises, certainly in its early stages, to pique the viewer’s interest, it does suffer somewhat from sluggish pacing that may frustrate genre fans who’d prefer a more rapid-fire onslaught of grotesquery and gore.

But said fans are likely to be satisfied by Blood Vessel’s seafaring scares, which begin when the few survivors of a torpedoed WWII hospital boat, adrift in the North Atlantic in the dying days of the war, find salvation in the form of an abandoned German ship.

The ship is not only free of enemy combatants but carrying a haul of gold bullion. But that’s not all it’s hauling, because there’s something unspeakable in those huge, sealed containers. Something that just got out.

To Blood Vessel’s credit, it does stack its story with a variety of conflicts between its characters and inner demons haunting its protagonists, all of which is enough to generate varying degrees of interest, tension and sympathy before the ship’s monstrous passengers begin wreaking havoc.

That said, these characters and scenarios oscillate between reassuringly archetypal and been-there-seen-that stereotypical, and the cast respond to the material with performances ranging from capable to compelling.

The years have been good to Nathan Phillips, who has shed his youthful Wolf Creek energy to wear grizzled well as the surly Australian soldier Sinclair, and Vikings star Alyssa Sutherland’s striking looks and sympathetic demeanour are well-employed as English nurse Prescott.

For me, though, the standout performer was relative newcomer Alex Cooke, displaying a quiet strength, integrity and wit as the Russian Teplov.

The current situation has consigned Blood Vessel to a home-viewing release, the film available on disc and video-on-demand.

While it is the kind of crowd-pleasing genre picture that would benefit from a big screen and a rowdy crowd, its thrills and chills are likely to play equally effectively on a smaller screen and a smaller room, preferably one where all the lights have been switched off.